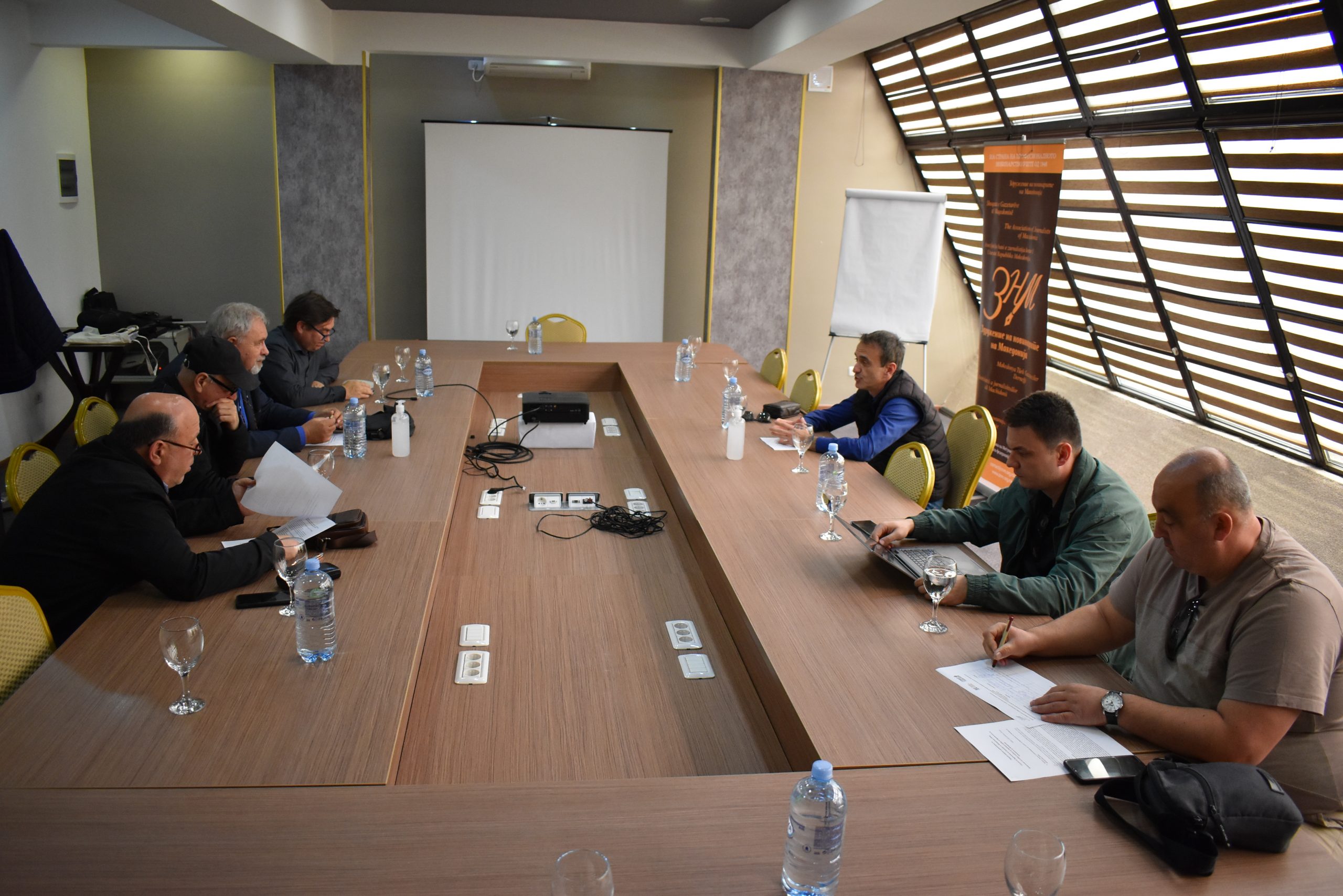 On April 29, in Veles, the Association of Journalists of Macedonia – AJM held a working meeting with the coordinators of the Regional Centres from Bitola, Ohrid, Kumanovo, Tetovo, Strumica, and Shtip.

The need for statutory changes was discussed at the meeting, which would encourage greater involvement of the Regional Centers in the governing bodies of AJM and in the upcoming activities in the coming period. The topic of the talks was the challenges and problems faced by journalists and media workers from the Regional Centers in performing their work, as well as the current activities of AJM in order to protect the rights of journalists and improve the situation in the media.

Representatives of the Regional Centers expressed support for AJM’s efforts to create a Media Fund that would support projects of public interest, which would provide funding for the production of journalistic products with documentary, educational and training content, as well as support for investigative and analytical journalism. In that manner, journalism would be most directly assisted, the creation of quality media content, and indirectly it would contribute to the improvement of the economic situation of journalists and media workers.

The President Mladen Chadikovski expressed the satisfaction with the cooperation with the Regional Centers of AJM during the past period.

The meeting was held within the activities of the project supported by the EFJ.

The cooperation and constructive working meetings will continue in the future.

May 3rd : The battle for quality journalism