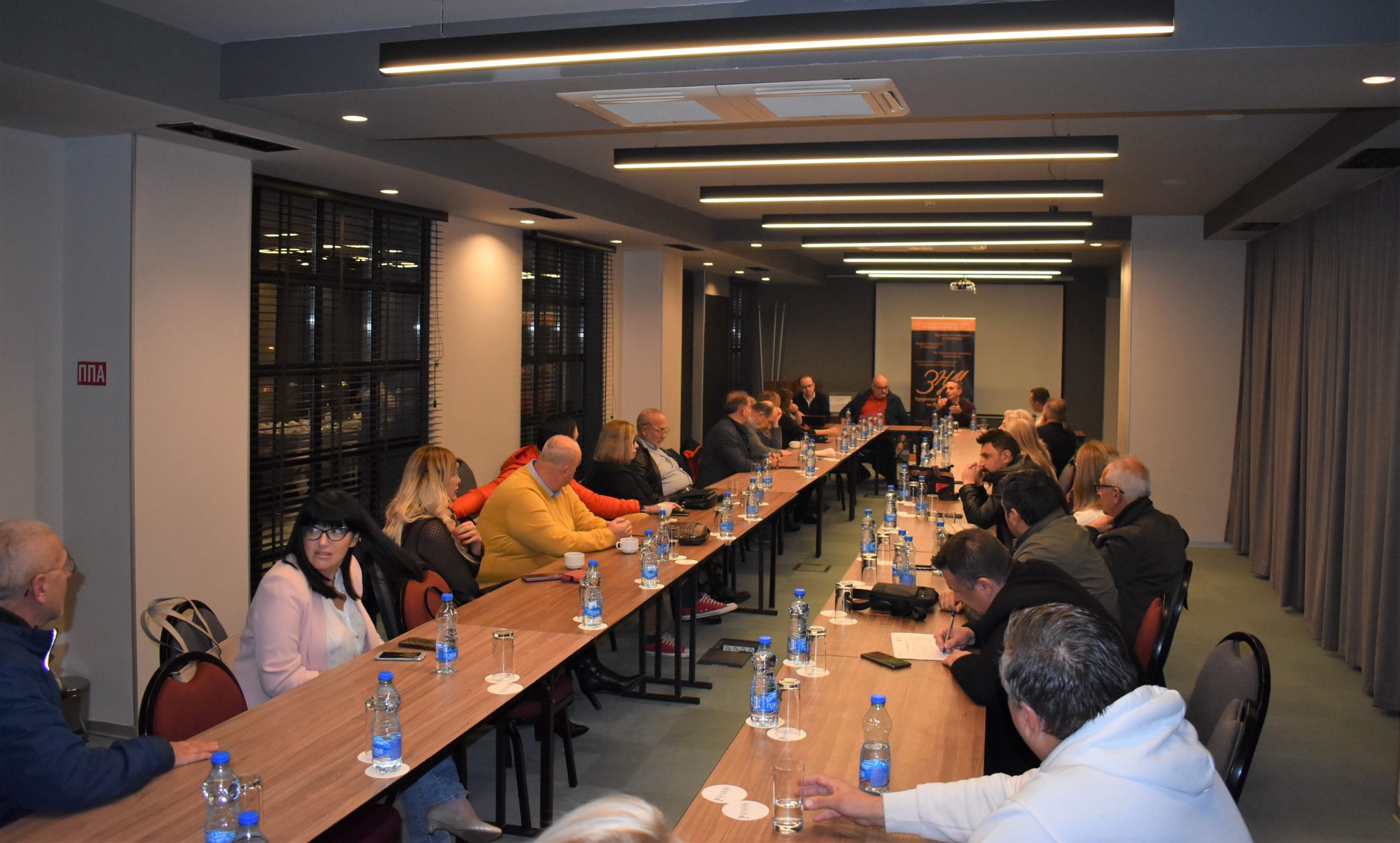 The Association of Journalists of Macedonia organized a meeting with the Journalist Forum at ZNM, which was opened and moderated by the coordinator of the forum, Sasho Ordanovski.

Several points were discussed at the working meeting: the current trends and developments in the media sector and the freedom of the media and the safety of journalists through the prism of existing laws – how to better solutions.

The president of AJM, Mladen Chadikovski, referred to the professionalism, solidarity, and collegiality among journalists saying:

“We all have a common goal and vision, which is to return journalism to where it was many years ago. The fact is that we have moved in that direction, but it is a process in which each of us should be involved. It is necessary to develop even more solidarity in the journalistic profession. In addition, we as ZNM constantly work to improve the capacities of journalists and considering that we are a serious civil organization, we constantly try to influence the institutions on faster processing of the laws that relate to the media and journalists.”

Dragan Sekulovski, the director of ZNM, in his presentation focused on the number of active members in the Association, the laws that are still waiting to be passed in the Parliament, the safety of journalists in the country, and how they can protect themselves, the number of reported cases of attacks on journalists and media workers, about the courts and judicial institutions, i.e. the practice of impunity towards journalists, which was followed by a discussion by about thirty present journalists regarding the items on the agenda.

The conclusion was that ZNM should and should continue to insist that the institutions be more efficient in implementing reforms in the media sector, to reactivate the establishment of a fund for media journalistic products through which the media could be additionally financed.