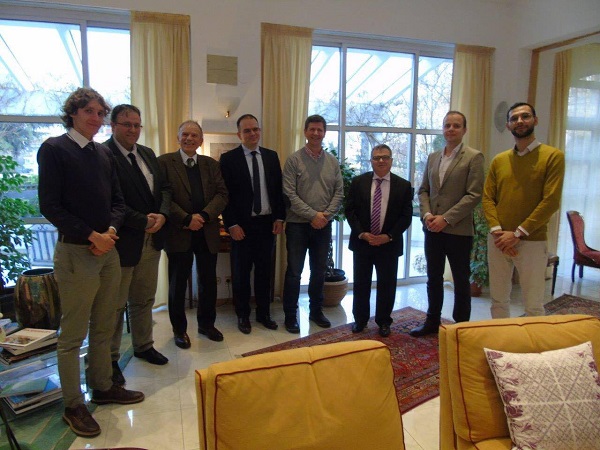 Last week, the Association of Journalists of Macedonia held a working lunch with the Ambassador of France, Mr. Christian Thimonier, on which the main topic of discussion were the reforms in the Macedonian media. The leadership of AJM, presented to the Ambassador Thimonier their final proposals and remarks on the draft of the legislative amendment drafted by the Government. Also the safety of journalists was discussed – which is one of the most important issues of the Association.

Аbout the legal regulations –  AJM is concentrated on several key issues – long-term and sustainable financing of the public service in an amount adequate to its actual needs, then the penalties for ethical principles in journalistic work and government advertising are deleted, as well as the most convenient model for selecting the members of the management and advisory bodies of the Media Regulator and the Public Service. According to the AJM, only this way, improvements in the media situation in Macedonia can be accomplished.

Journalists’ safety, in addition to legal changes, must be a priority for the new Government. Good cooperation with the Ministry of Interior in the past period is crucial in solving the problem of the increased number of attacks.

At the meeting, it was agreed that after the legal changes, it would be necessary to focus the attention on their implementation, as well as on increasing the safety of journalists and clearing all attacks against them.

The cooperation between the AJM and the French Embassy in Skopje expends in several areas. Cooperation, from which a publication on the “Freedom of expression through the practice of the European Court of Human Rights” emerged, as well as organizing training for journalists, judges, public prosecutors and attorneys who will aim to re-educate participants on the judicial practice of the ECHR.

The Association of Journalists of Macedonia is an institutional grantee of CIVICA Mobilitas program.