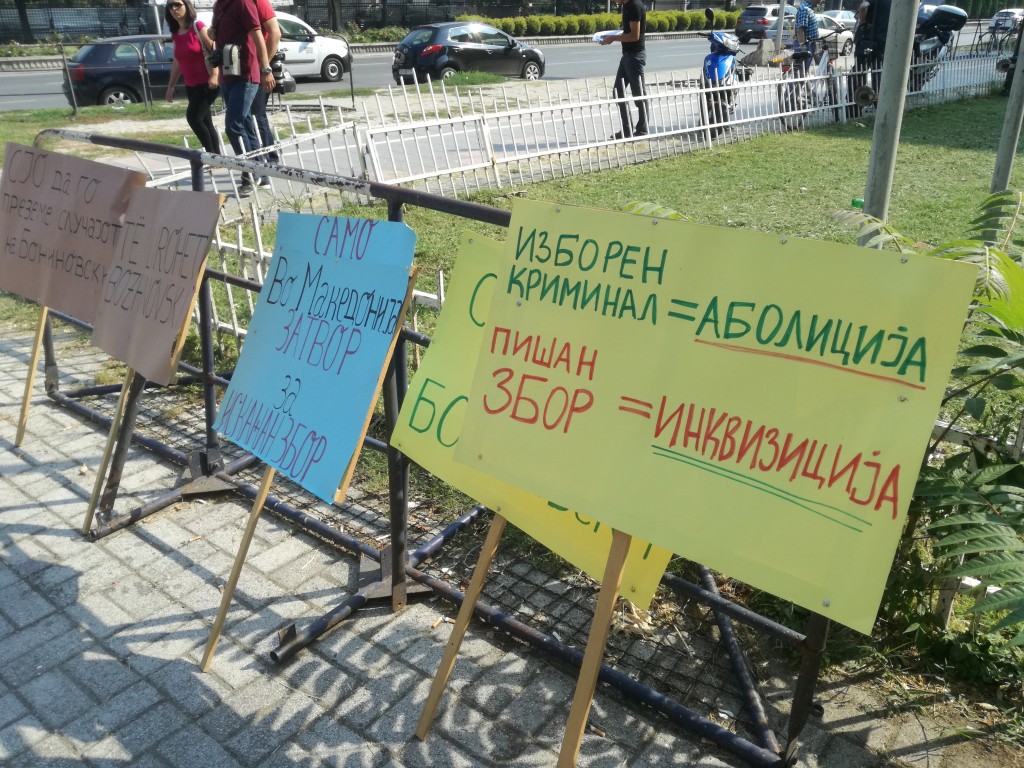 Association of Journalists of Macedonia alerts the public that the trial against journalist Zoran Bozinovski is being unnecessarily delayed. With this the court violates his civil rights for a fair trial.

Journalist Bozinovski for two weeks has been on a hunger strike with a demand to end detention, and the court today for the second time postponed the trial because of “personal and family circumstances” of Judge Sandra Krstic.

With persistent refusal to lift the detention for Bozinovski the court applied double standards. The Court does not impose detention for former government officials suspected of serious crimes, and without a reasonable cause nearly six months is holding a journalist in custody. With that detention does not serve as means for an uninterrupted process, but becomes a punishment.

Bozinovski is on a hunger strike, and the court claimes that his health is good. How is it possible to argue that for a man who is starving for two weeks and is being treated with infusions? We publicly ask the court: What needs to happen to Bozinovski in order for the court  to seriously consider the request for revocation of the detention.

We call on the Court of appeal in Skopje to immediately submit the decision for the “Spy” case to the Criminal Court to enable lawyers to have access to evidence and prepare a defense. Otherwise, there is room for the process further to be delayed and it will remain in the public impression that the case was politically rigged.