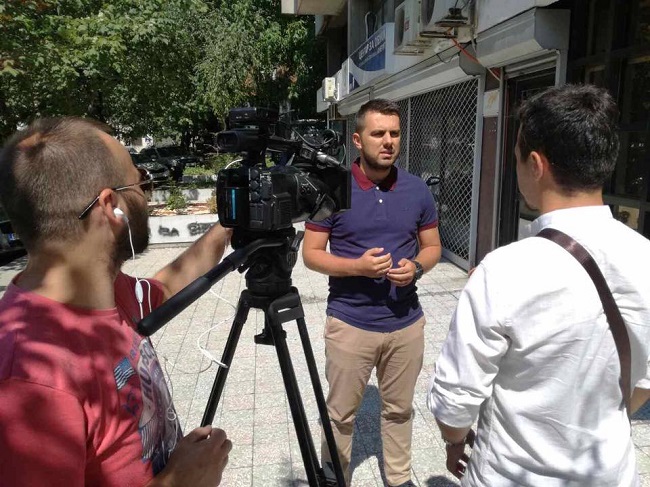 The representative of the Association of Journalists of Macedonia, Deniz Sulejman, participated in a discussion for the results of the research on the efficiency of the mechanism of the European Union benchmarks in Macedonia.

Commenting on the media related part of the survey, Sulejman said that violence against journalists is not treated equally as attacks on politicians. “Last year, on April 27th in the Macedonian Parliament, among others, journalists were attacked as well. Unfortunately, none of the attackers of journalists has been punished,” he said.

He also complained about the selective attitude of the Public Prosecutor’s Office regarding the threats and attacks on journalists.

In the research, among other things, the insufficient financial independence of the Macedonian Radio Television was mentioned as well. Regarding this issue, Sulejman added that it is impossible to implement real and meaningfull reforms in MRT by reducing its’ funding, especially considering that MRT’s obligations will increase by opening two new television channels and one radio channel.

The survey was conducted by the European Policy Institute (EPI), within the framework of the BENCHER project.

Institutions must be more transparent and more responsible