The Association of Journalists of Macedonia (AJM), the Independent Trade Union of Journalists and Media Workers (SSNM), the Macedonian Institute for Media (MIM) and the Council of Media Ethics of Macedonia (CMEM) are reacting to the government’s public announcement to amend the legislation that will end the ban on advertising in the media by public institutions (Article 102 of LAAMS).

Within the MIA announcement of May 4, 2021, in journalistic controversial text, it is said that the Government will adopt a package of media reforms that include paid public campaigns in private media and the establishment of Fund for Investigative Journalism and production of media content of public interest.

It is unusual and tendentious for secret briefers from the Government to provide information at the public service, without being supported by facts.

The text implies and conveys the impression that CMEM and AJM once requested amendment to Article 102, together in package with the establishment of a Media Assistance Fund.

Distinguished Government officials, this is a lie!

AJM and CMEM, together with SSNM and MIM, have never accepted or requested legal amendments that would allow direct outflow of public money for government campaigns in the private media.

It is our upright and consistent view which we have not departed at any moment, at any meeting or conversation.

The attempt to circumvent or disguise our position on this article of the Law in the pile of other announcements and promises for media reforms creates false image of the profession positions.

This relationship undermines the trust between journalistic and media organizations and the Government, and can be misinterpreted by both, the public and the international community.

Therefore, we want clearly to emphasize that we were and are against these legal amendments and we absolutely do not think that they should fit in the same mold with other media reforms, straightforward reason is that we do not see them as reforms.

As for the Media Assistance Fund, it is certainly idea that we should discuss among ourselves as organizations, both with the Government and with representatives of the international community.

Although the MIA text again suggests the opposite, let us clarify that there is no formal request to the Government to establish Media Fund, but our readiness to be constructive partner to devise this model if the need for such fund is assessed.

Creation of this model can be the only right way to support the development of the media, as well as the free and professional journalism.

In line with the above, we believe that two things are needed in order to avoid misunderstandings in the public:

If you accept these requests, we believe that you will leave room to find quality solutions to help the media sector, such that will help the media market to be free and competitive, and the journalists themselves as support of their professional work.

Association of Journalists of Macedonia (AJM)

AJM: The importance of independent and professional journalism has become more important than ever 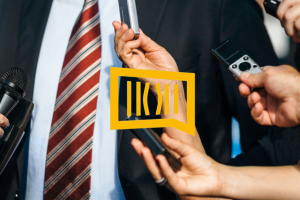