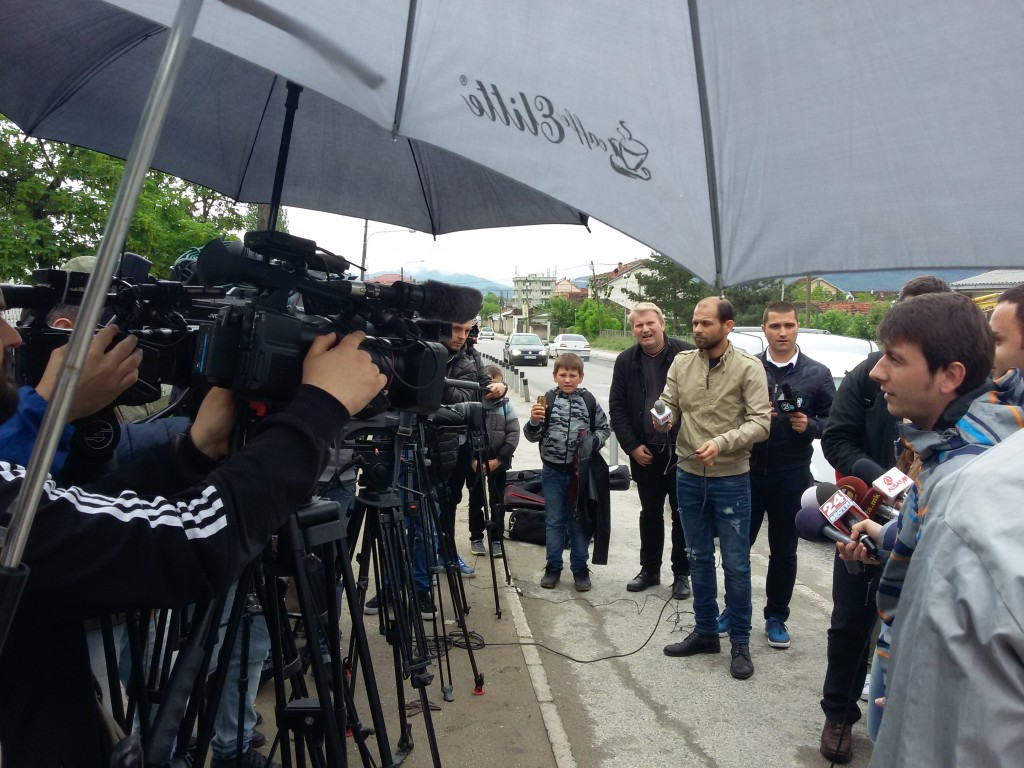 While the whole democratic world celebrates the day of press freedom, we arrived at the prison in Suto Orizari because it symbolizes and speaks about our lack of freedom.

Behind these walls journalist Zoran Bozinovski is detained due to unfounded charges. His only fault is that he had the courage to write about the ugly face of the authorities, its lies, crime and immorality.

They who turned Macedonia into a so called “Big Ear” cannot blame others for espionage. Those amnestied for crimes cannot point a finger against others wrongfully alleged for criminal association. The last thing that this government can do is accuse a journalist for blackmail because they impose their rule only through blackmail and extortion.

We strongly express our solidarity with fellow Bozinovski and we want to assure that we remain with him until he is free.

Journalists are jailed, beaten, intimidated, labeled, their communications taped and discredited for the sole purpose of not talking about the abuse of power. The media because of the corruption relations to the government have become a propaganda machine for manipulating the citizens.

The government persistently refuses reform in the media that will significantly improve freedom of expression. We must stop violence against journalists and the ones responsible must be punished adequately. The Macedonian Radio and Television must be a service to the citizens and the media regulator must be independent from political influence.

Macedonia’s constitution guarantees freedom of the press, but the government does not allow this right to live. We want to clearly acknowledge to the government that not under any cost we will give up our fight for freedom of expression.

In Macedonia, there is no freedom of media

EU Supports the Efforts of AJM for Freedom of Expression