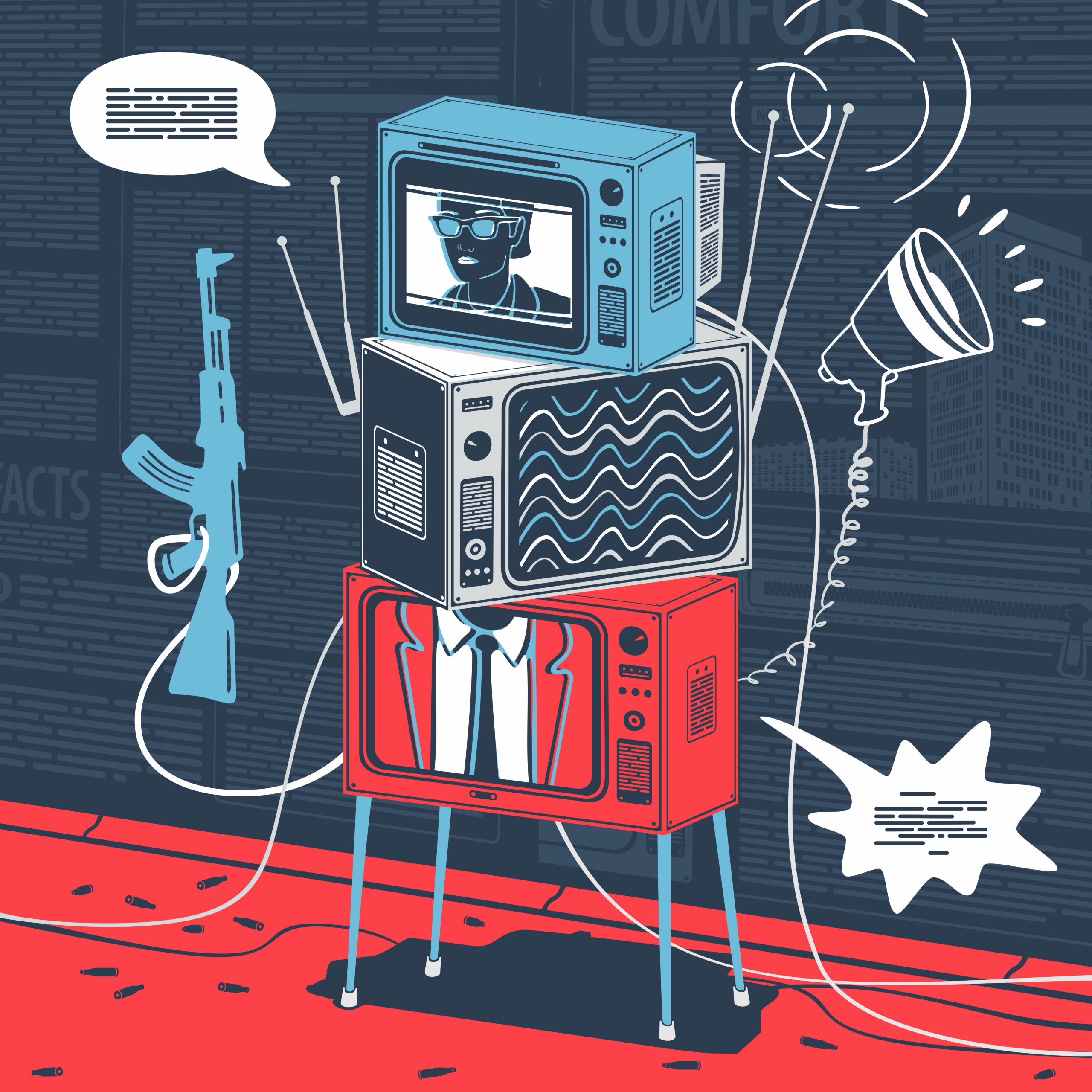 The media have extremely important role to play in the fight against terrorism, as well as in revealing the location of terrorist organizations and their violent extremist activities. Any research and information on possible terrorist plan by extremist organizations can be extremely preventive for the security services and authorities of the country or region. However, sharing certain information about possible terrorist activities on the air or in public, without prior notification by the competent institutions in that country or region, can cause mass panic among citizens, and terrorists will be given the opportunity to redistribute to other locations instead of being neutralized.

The role of the media is important in every manner, both in the fight against violent extremism and terrorism, in the manner it is reported and in the accuracy of the information shared with the public.

But there is another point i.e. the role of the media on the education of young people from early age. The media are also important part of the educational process of children. Why do we mention this? Because the analysis shows that the people who join the terrorist-extremist organizations are young people, perhaps manipulated, who consider themselves excluded from society, raised in unstable family in which vices, disagreements, physical abuse, psychophysical instability and the like, reigned. The media are very important link in the chain of education of the entire population, and especially for young people through appropriate educational program. To large extent, such program significantly contributes to the differentiation of the true values ​​in the life of the person, against the development of ideas of terrorism, succumbing to vices or engaging in activities that violate the laws of the country.

Fight against terrorism and violent extremism

We locate the beginning of the fight against terrorism and extremism in 2001. This is particularly sensitive matter that significantly differs from the daily political news and should be approached with due care. In order to be able to investigate this issue, there is lack of need for more intensive investigative journalism on this topic. Some journalists do extensive research studies, setting example for others to follow their footsteps if they have interest in the subject. The media, as such, should report on the manner in which an attack was carried out. The manner they report has strong impact on the public and society. In addition, it is necessary to exclude bias in reporting on these events.

It can pose risk of polarization of communities and cause hatred and intolerance i.e. to strengthen or encourage the factors that lead to terrorist radicalization. The bias in reporting can often lead to undermining the reputation of the media as stated in the publication: “Building resilience against violent terrorism and extremism through reinforced journalists, media and government officials.”

Although the principles of ethical journalism provide reporting framework on sensitive topics, such as violent extremism, there is need for increased awareness of privacy laws and the presumption of innocence. Furthermore, the myth of terrorism should not be made and epithets should not be given to elevate the perpetrators of acts of terrorism. Second, special emphasis should be placed on the choice of terminology when reporting on acts of violent extremism and radicalism. What is expected from reporters is responsibility, objectivity and professionalism.

And what would that mean? The need to pay special attention to the verification of the facts by the journalist before making any statement (confidentiality, accuracy and ability to check them).

When talking about this topic, it is important to note the safety of journalists / reporters for acts of violent extremism and radicalism. We must take into account their job position, the terrain from which they report and any possible risks they may encounter. The following graphic shows statistics on the number of injured journalists / reporters who reported on this topic. The time frame is from 2010 to 2019. The given statistics refer to the world level (Source: Reporters Without Borders, 2019).

If we look at the numbers, then we can see that the safety of journalists should be one of the most important elements when it comes to addressing this issue of violent extremism and radicalism.

According to the editor-in-chief of Klan Makedonija and the journalist, Rean Saiti, the real challenge for the media in recent years, is reporting on events of extremist or terrorist origin. According to him, real challenge is also for journalists to adhere to journalistic ethics and to be balanced in their reporting.

“The terrorist attack in Vienna, Austria, in which the main protagonist was an Albanian from North Macedonia, pointed out significant problem faced by the media in the country. Disturbing is the fact that reports, television reports, articles and analyses on this sensitive topic usually occur after committing terrorist act, which necessarily proves the lack of educational topics in the media with which citizens would be familiar with the problem, but would also address the issues of xenophobia, racism and violence,” said journalist Saiti.

Citing international experts’ assessments, Saiti noted that terrorist attacks are often carried out in order to attract the attention of the electronic media and the international press.

“From this point of view, the media and journalists also face the dilemma of whether their reporting can increase the fame that the perpetrators want, but also self-censorship, which in this case would be interpreted as capitulation.” High media pressure, in order to attract as many viewers or readers as possible, faced with unstoppable waves of technological transformation, can influence the media to focus on violence and sensationalism, as well as to be the first to publish the latest news and rumors, even and before their accuracy is confirmed,” Saiti said.

He says that journalists should be more careful and publish only informative content, free from sensationalism.

“Obviously, the words, images and footage used should be informative, not sensational. Sensational reporting can be dangerous, not only for professional journalism, but also for the consequences it can have on the public, such as dissemination of panic, causing divisions and fear,” concluded journalist Saiti.

The Filan case and reporting on urban terrorist attacks