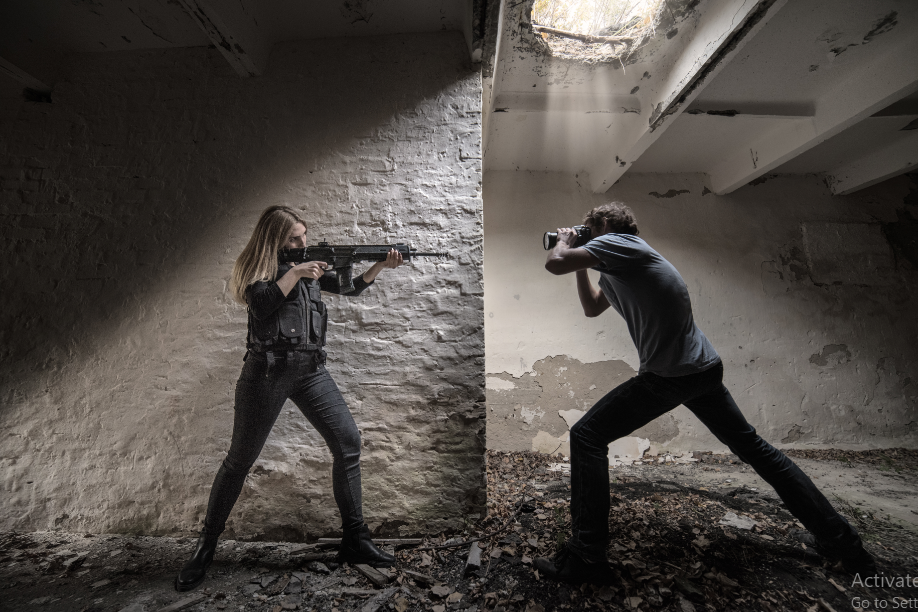 November 2, 2020. No one even thinks that the city that has been repeatedly declared the best for life in the world will be the target of terrorist attack. But that is exactly what happened in the centre of Vienna. For a short time, social networks were flooded with videos showing a man killing civilians with firearm. The videos, which made many people feel sick to their stomachs, went viral without even thinking about the victims’ families. According to some, unity was put to the test.

The attacks in Vienna, as well as those in Paris, Brussels, London, Barcelona, ​​the United States, Istanbul, and number of other locations worldwide, have repeatedly raised the issue of media reporting ethics, especially on issues related to violent extremism.

Information in the era of fast news

The media and media workers, as creators of public opinion, in such circumstances are faced with great challenges, to inform about important events of public interest i.e. to report on violent extremism by paying attention to ethical principles. Such role and responsibility is crucial because the information for the citizens is precondition for their active participation in the social processes, and thus the normal functioning of the democratic processes.

The editor-in-chief of the newspaper KOHA, Vedat Memedaliu, explains when they are reporting on events related to violence and extremism, trying to be balanced and impartial, giving space to all parties involved.

It is difficult to remain human during “inhuman” event, says professor on ethics Frosina Postoloska, who explains that sometimes the reporter’s ethnic, religious, social or moral background can reflect the manner in which the terrorist act is reported. But professionalism in the media unites many other ethical principles, such as objectivity, correctness, decency and responsibility, so following this work ethic, the media have the opportunity in the midst of evil, to rise above it.

The role of journalists in reporting on issues related to violent extremism is to provide credible, accurate, timely and comprehensive information, without exposing the audience to additional stress, risk or threat. Ethical principles require reporting to be based on ethical and human values that all voices are heard, and content that could further inflame passions is avoided. The idea of ​​reasonable fact-based reporting, free from emotional outbursts, is not only big task, it is also big ethical action.

Stereotypes are “trap” for journalists

The terrorist attacks that have taken place in recent years have confirmed that it is impossible to make general profile of those who commit such acts – sometimes they are foreign fighters, other times, returnees from battlefields, some have been radicalized online, although they have never left their communities. The motives are different, as are the very ideas they rely on. This means that journalists should be especially careful and avoid stereotypes that can further complicate the already complex situation, as indicated by university professor Nikola Dujovski.

“While the essential principles of ethical journalism offer solid framework for professional news coverage, reporting on sensitive topics such as violent extremism requires increased awareness of privacy laws and the presumption of innocence,” said the Dean of the Faculty of Security, Professor Nikola Dujovski.

The real target is the audience

In any terrorist attack or other form of violent extremism, the real target are the viewers, listeners or readers i.e. the public, not the direct victims. The purpose of terrorism is always to be reported on, to cause fear and panic among the people, and thus to have impact on the community. In that sense, the media can easily become mere tool for achieving this goal, especially if they are driven by the race for larger audience or more content clicks. If, on the other hand, the media workers in such cases are true professionals in reporting, they can become citizen-protector, in addition to being security forces ally.

This is best illustrated by the famous statement of former British Prime Minister Margaret Thatcher: “Publicity is the oxygen for terrorism.”

Media professionals, as never before, face the challenge of maintaining journalistic ethics and balance, given that the target of these attacks is not only directly affected (killed and injured), but also the millions of viewers or readers who have the feeling of fear, anxiety, panic.

The main “trick” is to preserve the dignity of the victim and her family, to inform the public, and journalist should not become a propaganda tool. But the real problem arises with live broadcasts and live field broadcasts, which, on the one hand, provide timely and rapid information, but on the other hand contribute to further dramatization of events (the events of September 11, 2001 and the attack on the Twin Towers in New York and the footage of people jumping out of skyscraper windows or during the attack of the satirical magazine Charlie Hebdo when was broadcasted a video of police officer being killed).

Professional journalists must adhere to the code of ethics, check sources and information in detail, reject rumours and hate speech, be careful not to endanger the safety of citizens and the police, reporting must be objective, comprehensive and impartial without encouraging prejudice and promoting unity instead of division.

Journalists and media outlets must be the correctors in society and the biggest critics of ideologies that deny the existence of the right to choose and the right to free expression. Certainly, in the spirit of rejecting hatred and stopping the deepening of stereotyping. In this manner, the journalist, sometimes more and better helps to create the dignity and respect of others than the politician. It is at the same time, their “curse” and blessing.