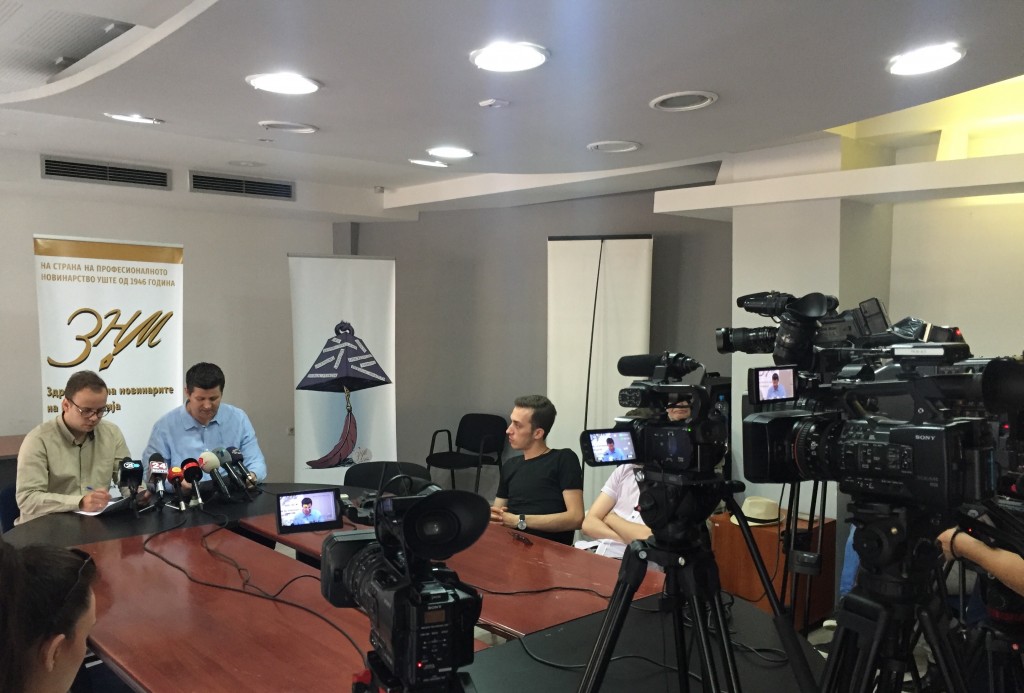 When we go out with the people on the street, when we are pissed off and it will be soon, I and my group will take the following steps:

Lastly at “Berovich Beton” to order cement for the slab. Iron 12 I already have.

This is part of the Facebook message from Milenko Nedelkovski from December last year with which he explicitly threatens journalists Jadranka Kostova, Branko Gerovski, Borjan Jovanovski, Aco Kabranov and Sasho Ordanovski with lynching and covering (burying) with a concrete slab.

Threats from Nedelkovski that he would straighten the gaze of a journalist and would make a circus from the family from “Brajcino” with a “Shqiptar” spouse according to the prosecutor of the High Prosecutor’s Office Aziz Shaqiri are not statements that incite hatred, discrimination and violence, but only expressed views for individuals.

Shaqiri practically only confirmed the decision of prosecutor Jasmina Kostevska Zdravevska from the Basic Public Prosecutor’s Office, which this March refused our request to prosecute Nedelkovski.

Prosecutor Shaqiri plays games with the legal system of the country. Instead of a credible decision he carries a political pamphlet with selective application of the law, trying to protect from persecution the government’s propagandists even when they apparently threaten with violence and spreading hatred.

It is clear that the death threats against journalists are ordered from the top of the government, which uses Nedelkovski as a megaphone to cause fear and insecurity among journalists and deter them from writing about its undemocratic practices of governance. Also, the government through an aggressive media campaign wants to harm the trust and credibility of all journalists who are critical towards it.

MIA to sanction the security staff of Gruevski

The SPP, should takeover Bozinovski's case