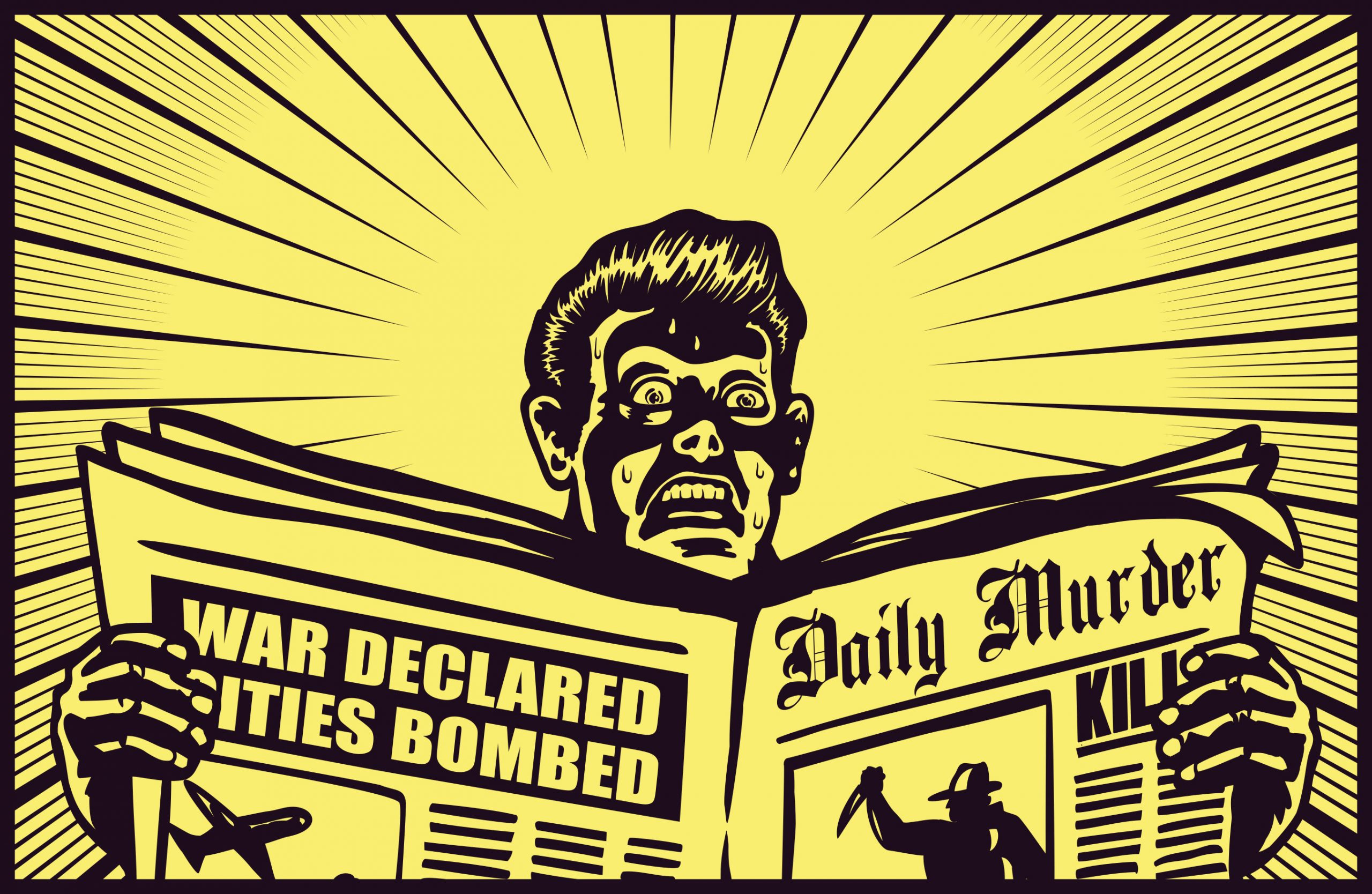 Journalistic reporting on these sensitive topics should be more comprehensive, based on reports solely from expert investigation, without inciting further public outcry and hate speech, which is itself a crime.

A few months ago, European media reported on a trial that began on September 2nd this year in Frankfurt, related to a planned terrorist attack in Germany by three young people. The information in our country became especially interesting, after the announcement that the leader of the group was German of Macedonian origin. These people are now on trial after organizing the failed terrorist attack last year, in which German of Macedonian origin participated, along with two other Turkish citizens who were staying in this European country.

What especially stirred the Macedonian public was the announcement of the identity of the attacker, Filan Mitrev, son of the famous heart surgeon, Dr. Zan Mitrev. This information was not in special focus of the foreign media, which was not the case with the domestic ones. Hence, the manner of monitoring the case and its analysis in foreign and Macedonian media was different.

An avalanche of information, analyses, interpretations was raised from several Macedonian media, each referring from its own angle, some of them with official data, but in some of the media there was a strong sensationalism.

In the absence of knowledge about the real motive for this attack, various interpretations were woven that were part of the media discourse. Then, after several sensationalist headlines such as “He is not my son!” And the half-listed information, the accusations of some citizens towards his father, the famous heart surgeon, Zan Mitrev, echoed incredibly strongly and tendentiously. Emphasis was placed on the family genesis and the manner Mitrevi family allegedly functioned, pointing to the “fault” of the father. Based on such speculative reporting, the public hastily “drew” Filan’s profile, and at the same time there was real “noise” on social networks with various claims, but rarely backed up by serious sources.

According to Marina Tuneva, Executive Director of the Council for Media Ethics in Macedonia, information of this kind is of high public interest, because it transmits news related to terrorism charges in Germany.

– In such reporting, of course, care must be taken as for all other topics of public interest, and it requires full respect for professional standards, but also respect for the dignity and reputation of family members. The responsibility for the behaviour of adult persons cannot be borne by the parents. It is even more irresponsible for such “analogies” to arise from the media themselves. Obsessive ‘analyses‘ of this kind on social networks and in the media are not only totally unnecessary, but can also have consequences,” Tuneva said.

Journalistic theses and observations with sensationalist approach are considered as provocation for part of the readership, and such theses are easily transmitted on social networks, which is followed by additional speculations, often followed by tasteless qualifications and comments. The comments cast a shadow over the doctor’s expertise, and went so far as to use “such are the Northerners” qualifications. Such accusations, while sounding grotesque, point to broad political background and desire to seize every moment of lynching.

By twisting the doctor’s initial statement “This is not my son!”, many of the “click media” hyperbolized her to the point that the “bad father” had given up on his son, and then further conveyed his explanation that it is adult person whose life he as a parent can no longer influence on.

There was information that led to misconception and that was reason for one-sided comments on the event, ignoring any other facts.

University professor Assoc. Dr. Vesna Poposka says that there is lack of educational stories to help the youngest population that would eventually fall under negative influences.

– “The media have key role to play in preventing radicalization processes, both through the manner they report and through the content they place. Unfortunately, especially in the digital space, the media chases sensationalism rather than remaining consistent in the role they have to play. The line between the right of the public to be informed and to be properly informed, while protecting the right to privacy and the dignity of families, is very thin. In transition societies, signalling is inevitable and can be additional source of radicalization. On the other hand, we lack research stories on the subject, as well as any primary research. There are rumours, but not facts, so I encourage the media to investigate them” pointed Dr. Poposka.

Among those who approached the topic professionally is the web portal of the magazine “360 Degrees”, in the article entitled “The Macedonian accused of terrorism in Germany is the son of Dr. Zan Mitrev”, for whose needs data from several sources were used including relevant research media in Germany.

There, the emphasis is on the evidence, without resorting to individual authorial interpretations and explanations of the extensive data they cite. In doing so, the principles on which reporting on terrorism-related topics must be based are observed.

In the first sentence, in the introduction, the whole story is explained and unfolded, which focuses on the point.

Example: “The group of three boys, led by Filan Mitrev, was arrested in November 2019, in an attempt to carry out attack in which they would kill as many “infidels” as possible. The German media use the example as proof that the victims of radical groups are not just young people from poor families. He changed his religion and wanted to kill “infidels”. The 25-year-old boy is also accused of preparing suicide attack that he planned to carry out on a pub in Sachsenhausen,” the press release reads.

Relevant data was taken in detail from the German local media “Frankfurter Rundschau”, which investigates the story first hand. The analysis contains information that Filan was already known to the police, due to the history of previous attacks, money abuse, addiction problems and extortion of money by strangers. His father’s communication and attempts to get him back on track are also cited.

An important issue that is generally not open to the media is addressing the need to break the stereotype that terrorists are exclusively of the Islamic faith or that they come from poorer social strata as well as dysfunctional families. However, such approach is present in the text of “360 Degrees”, which also considers the financial aspects of the radicalized and participation in terrorist acts for lucrative reasons.

University Professor and Dean of the Faculty of Security in Skopje, Dr. Nikola Dujovski, at the recent training on “Building Resistance against Violent Extremism and Terrorism through Empowered Journalists, Media and Government Officials”, organized by the Association of Journalists of Macedonia (AJM) ), said that there are more and more cases of self-organization and radicalization of young people. According to him, they are usually not under the direct and strictly organized command of ISIS, for which there is certainly not enough information about what is happening in such almost “hermetically sealed organization”, but they undertake certain actions of radicalism and terrorism on their own initiative. That, in fact, does not mean that it is the case with Filan Mitrev.

The case is quite complex and requires additional expert analysis by security experts, criminologists, psychologists and professional journalists, especially since it opens new perspectives and new dimension of urban terrorism and its new recruits, increasingly unpredictable, as well as the channels of recruitment and procurement of weapons.