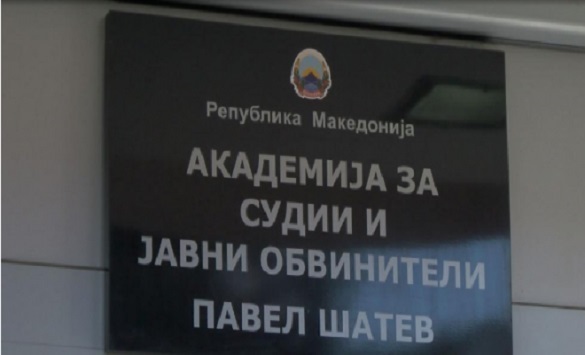 The Association of Journalists of Macedonia is seriously concerned that the Academy for Judges and Public Prosecutors will not allow the presence of journalists at the next session of the Managing Board, which is scheduled on Wednesday, when the new director of the Academy is expected to be elected.

The decision of the Academy to exclude the public from the next session is contrary to Article 6 of the Law on Academy for Judges and Public Prosecutors, which stipulates its activity to be performed publicly, transparently and responsibly.

Preventing journalists from following the board members’ discussion about the candidates for the position Director of the Academy is an attempt to work far from the eyes of the public and casts a shadow over the process of selecting a new director, an important position for which quality candidates have applied.

We urge the court-media council to show interest about this case and ask the judicial authorities that have delegated members in the Managing Board of the Academy to ask for an explanation as to why the session is closed to the public.

We also urge the Minister without Portfolio in charge of communications, transparency and accountability, Robert Popovski, to call the member of the Managing Board of the Academy, which is proposed by the Ministry of Justice, Ljubica Karamandi Popchevski, to request the debate on the election of the new director to be open to the public.

We remind the Government and the judiciary in Macedonia that the announced reforms in the judiciary are condemned to failure if even in the early stages the process is non-transparent.

We call on the Delegation of the European Union, the OSCE Mission to Skopje and the US Embassy in Skopje to ask the Academy for Judges and Public Prosecutors to respect the legal obligations for transparent working.

AJM had meetings with representatives of the European institutions