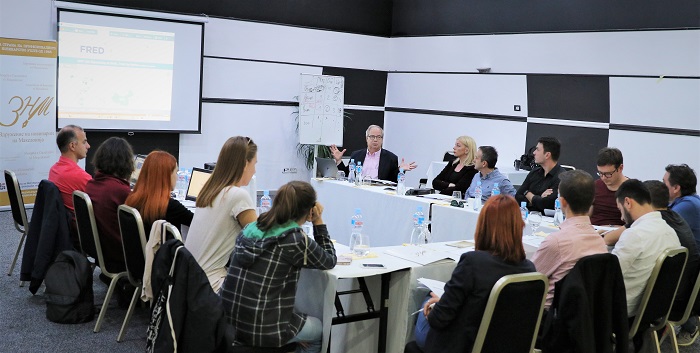 The workshops involved 15 young journalists from across the country, who learned how to use modern tools for creating journalistic content from media experts from the country and the United States. Also, topics such as: data-driven in-depth reporting, mobile journalism, production of audio and video materials, effective story presentations etc., were included in the training program.

After the workshops finished, the president of AJM, Mladen Chadikovski said that he expects from them to apply their skills in the future and to always work in the public interest. “I hope that the young colleagues who have successfully passed the five workshops will set a positive example of how journalists in the Republic of North Macedonia should work and report, and thus we will get a better informed audience and public,” said Chadikovski.

In addition you can see the promotional video that was made to complete this project.

Call to join the professional online media register at CMEM