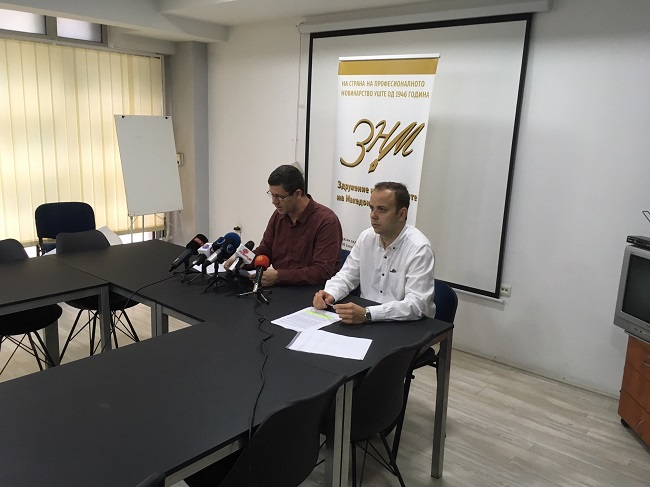 The Association of Journalists of Macedonia expresses dissatisfaction with the way the Civil Court in Skopje and the Appellate Court in Skopje apply the Law on Defamation and Insult. Despite the clear provision in the law, which regulates the responsibility of electronic publications, these courts continue to reject defamation and insult lawsuits against online media with utterly unserious and biased explanation that they were not media, and people working there were not journalists. This kind of irresponsible and unprofessional conduct of certain judges is an indirect attempt to license media and journalists, which is an extremely undemocratic practice present in authoritarian countries.

“We stress that courts should not interpret the laws, instead it consistently and indiscriminately apply them,” said the President of AJM, Naser Selmani..

According to him behind this case-law of the Civil Court in Skopje and the Appeal Court, there is a political background that should discredit online media and provide a false alibi for the government to impose their strict regulation, contrary to European standards on Internet freedom. “We warn that the attempts of certain political circles, who require alleged legal registration of these media, is a dangerous political game, where the state aims to control the media content,” he said.

“Moreover, the intention of the court is to prevent the online media and journalists working there from using the benefits offered by the law on civil liability for defamation and insult. We are convinced that this strange court practice, which luckily is not accepted by the other courts in the country, endangers the freedom of speech and discredits the journalistic profession and the role of the media in a democratic society,” Selmani said.

AJM asks the Supreme Court of Macedonia to act in the shortest time on the request of the AJM to harmonize the court practice and in the future the Civil Court and the Skopje Appellate Court to process these cases.

“This week we will submit a complaint to the Judicial Council for all judges who were applying the law improperly and selectively, in order to determine responsibility for such unlawful conduct. We call on the international community, the European Union, the United States, the OSCE and the Council of Europe to share our concerns with these courts in order to prevent such attacks against the freedom of speech, professional online media and the attempt to license them,” Selmani said.