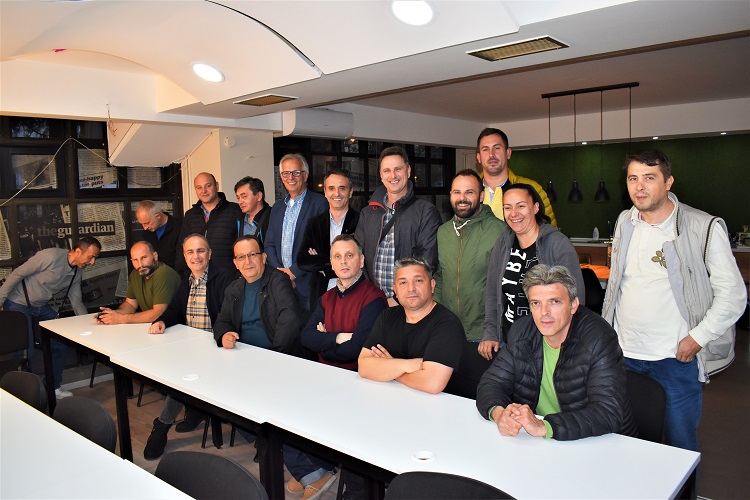 A section of cameramen within the Association of Journalists of Macedonia was formed. The purpose of the establishment of this section is to improve the work conditions of the cameramen, as well as to improve the cooperation between the cameramen and the institutions. The section consists of professional cameramen from all TV stations in North Macedonia, including those working in the Macedonian Radio Television.

The president of AJM Mladen Chadikovski welcomed this initiative and said that he would support the cameramen in all their demands. “By uniting the cameramen in the AJM section, we create conditions for improving their work environment, their protection, everywhere, on the field, in the institutions or outside of them. The cameramen are an added value and an essential element of journalistic research, and we expect through this section to influence for better communication within the editorial offices, among cameramen, journalists and editors,”said Chadikovski.

At the meeting, three main conclusions or guidelines were adopted by which the section of the cameramen would function. It was agreed to prepare a rule book for the cameramen, as well as for the representatives of the institutions working on the protocol on the topic of professional follow-up of events, local and international practices and legal aspects. Then it was agreed to hold meetings with representatives of the courts, prosecutors’ offices and ministries, in order to improve the conditions for the work of the cameramen. The cameramen also asked to work on improving the cooperation between cameramen and journalists through organization of joint networking events and other capacity building activities.

It was also discussed about expanding this section in the future by including other fellow cameramen, especially those working in the interior of the country in regional and local TV stations.

During the yesterday’s meeting, Slave Stojanovski was elected as chairman of the section, while Trajche Ilievski and Zoran Dogov were elected to be part of the management which will work on the activities of this section. One representative of each TV station that broadcast at national level in the country will also join the leadership of the section.

Recently, within the AJM, a section of sports journalists was formed, and in the next period AJM, as part of the electoral assembly’s promises, will continue to form similar sections in order to facilitate the work of various groups of journalists and media workers.

The cycle of trainings for young journalists started