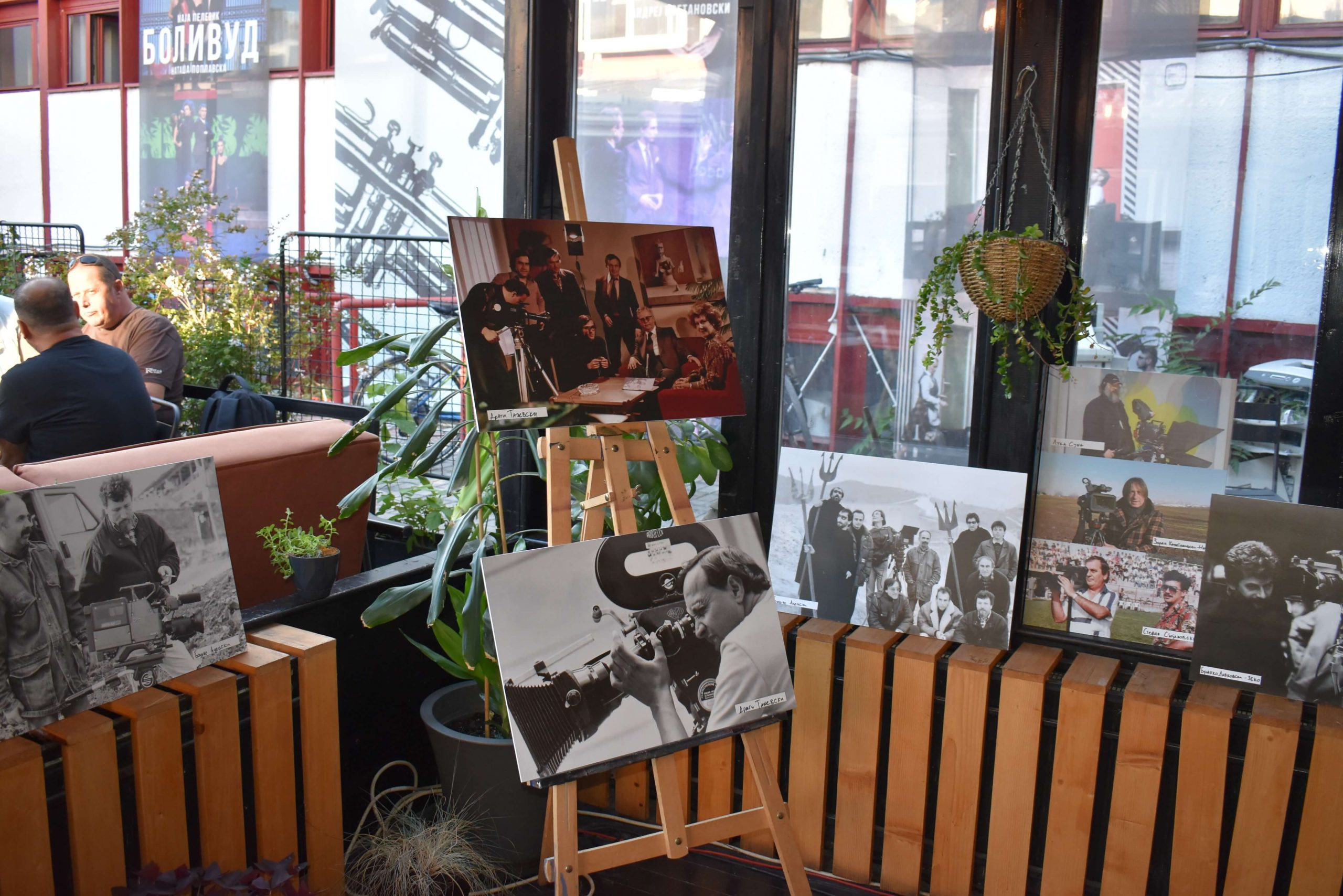 The president of the Association of Journalists of Macedonia, Mladen Chadikovski, addressed the guests and said that journalistic work and the work of media workers is a public profession where the effects of it as a final product are seen by the audience. But often it’s what happens behind the scenes that really matter, the whole process of creation, the friendships that are made and last a lifetime.

“Today we are here to pay tribute to our colleagues without whom media work would not be possible. Thirty years is a really long period in which many events happened, some of them we have forgotten, some we remember, but that’s why through the lens of the professionals, nothing remains forgotten. We, journalists, and media workers exist professionally for our audience, which always has the right to know the truth, whether it is spoken, photographed, or recorded. At the exhibition you will see part of that communication and cooperation, moments immortalized thanks to the power of photography.” said Chadikovski.

The exhibits were signed by professional videographers and photographers who, in addition to having a great historical value, at the same time show us and remind us of the events of the past that now have historical value.

The coordinator of the Cameramen’s Section at AJM, Trajce Ilievski, also addressed the guests, expressing his gratitude for the support from AJM as well as his colleagues who selflessly invested in finding these historically valuable photographs. Among other things, Ilievski said:

“We the videographers as a guild represent an archive ourselves, with this kind of solidarity approach through the activities with the section of videographers at AJM we can properly show respect and remember our colleagues from whom we have learned and whom we have inherited in the context of respecting the already established standards in work.”

The guest of the event was the High Representative of the OSCE for freedom of the media, Mrs. Teresa Ribeiro, who shared her satisfaction that in the country there is great solidarity among the filming community, at the same time emphasizing the importance of such events where attention and respect are paid to colleagues who that have established high professional standards in the profession.

The exhibition is part of AJM’s annual plan for activities within the section of videographers.