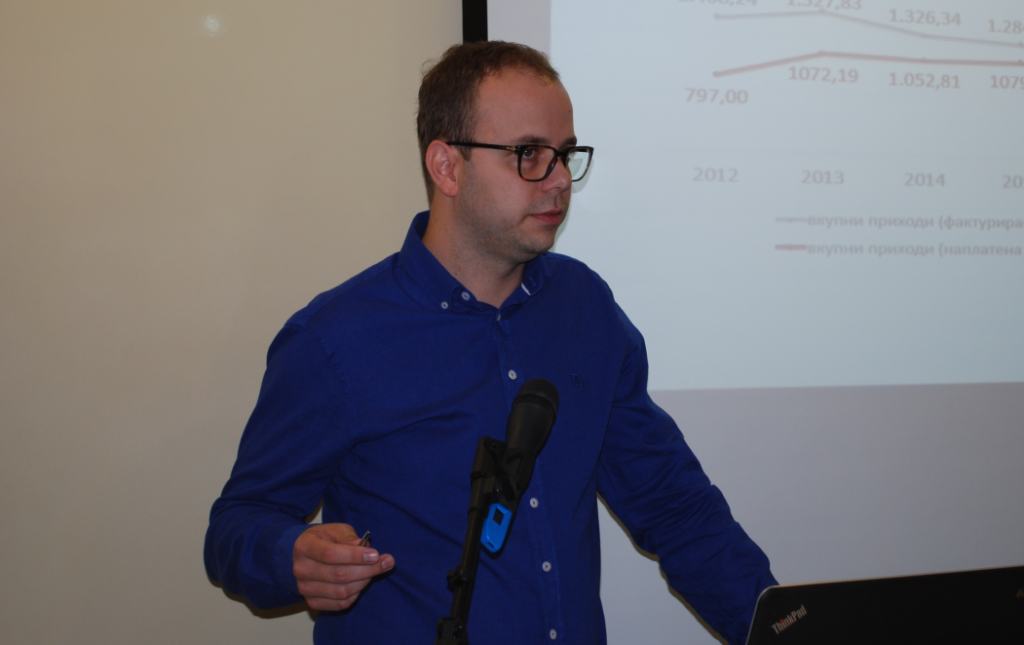 The Agency for Audio and Audio-Visual Media Services today presented the analysis of the market for broadcasters for 2016. The analysis concludes a significant decrease in the incomes of three national television stations, such as Sitel, Kanal 5 and Alfa, while there is a slight increase in Telma and Alsat-M revenues.

Director of AAVMS Zoran Trajchevski explained that the reduction in revenues for national televisions, among other things, is a consequence of the abolition of government advertisements.

At the public presentation of the report, the Agency indicated AJM as the only entity that in the past period dealt with the problem of funding the MRT.

AJM Director Dragan Sekulovski explained that the only way to secure institutional autonomy and editorial independence is to secure an annual budget of about 25 million euros for the MRT.

Sekulovski said that MRT compared to other regional public services has significantly lower budget, and on the other hand, the obligations are constantly increasing, such as the opening of a new channel with a 24-hour program in Albanian language.

He stressed that the public service is in big debts, has unfavorable personnel structure of employees, does not have a correspondent network, and has poor equipment.