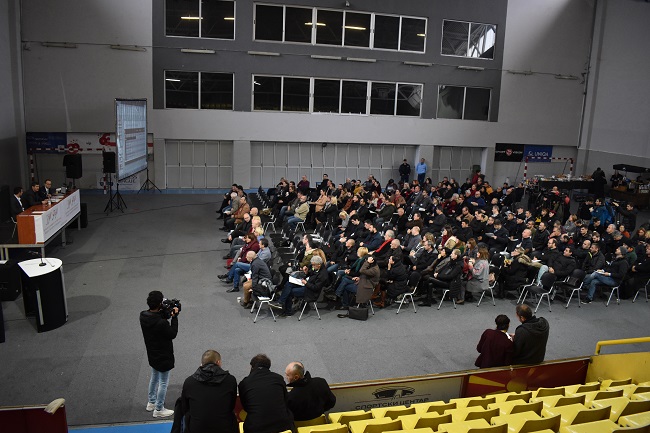 The Management Board at the constituent session held on 17 of December 2018 unanimously passed the authentic interpretation of the Statute of AJM provisions that refer to the held Election Assembly according to which the President of AJM Mladen Chadikovski was legitimately elected by the majority of the votes of the regular members present at moment of voting. In addition, the Management Board concluded that during the Election Assembly, no objections were raised on the voting process by the members present nor by the members of the Verification Commission or Election Commission. All stakeholders who have any doubts about the election procedure can use the available remedies.

All members of the Management Board were present at the constituent session and all decisions were adopted unanimously. The decision to confirm the legitimacy of the election of the president of the AJM is made by consensus of all members of the Management Board, while the President Mladen Chadikovski is exempt from the voting. At the session, Filjana Koka was nominated unanimously for the Vice President of the Association of Journalists of Macedonia.

The members held constructive debate in order to reach common positions in order for the AJM to continue promotion of principle of solidarity as a fundamental principle of the community.

The Management Board calls for the consolidation of members in order to maintain dignity and unity as key principles for the protection of the interests of all members of the AJM. The Management Board noted that it is necessarily strengthened and institutionalized debate forum for all different opinions, given the fact that the two presidential candidates based their programs on greater involvement of the membership in the work of the Association through the proposed sections. The MB proposes to discuss with all the concerned groups in the guild and form sections that will represent the interests of those specific groups.

AJM: We condemn the treatment of journalists in the building of the Constitutional Court

The AJM Management Board unanimously confirmed the new President