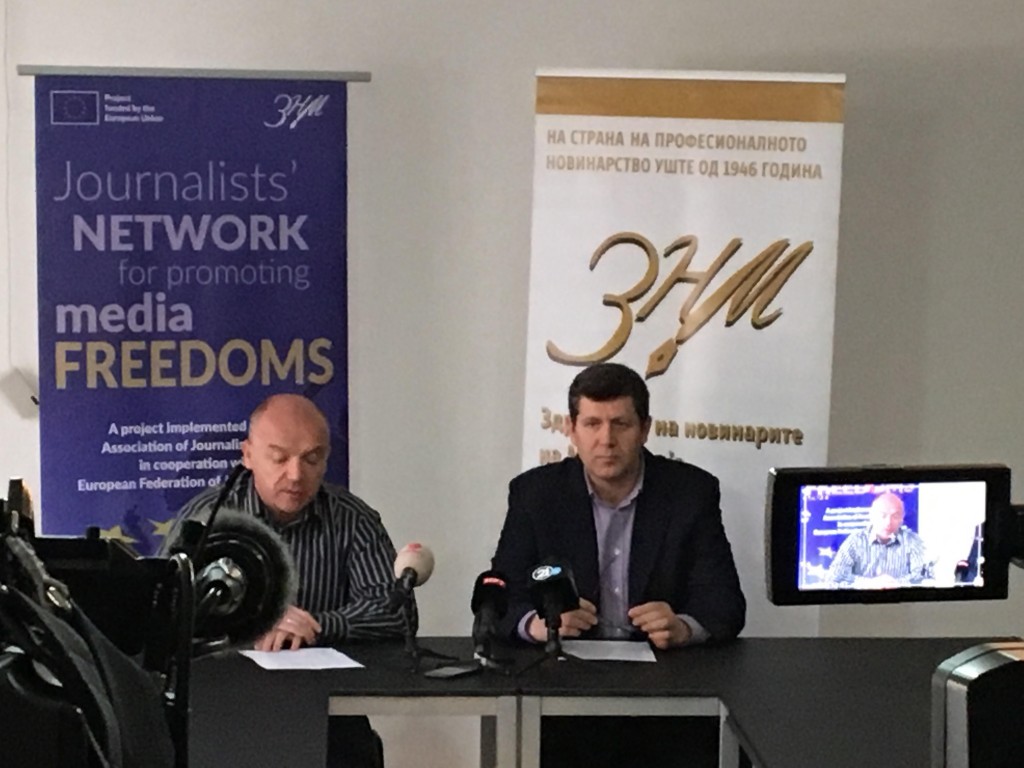 The Council of the Agency for audio and audiovisual media services yesterday adopted the work report of the AAAMS for 2016, prepared by their expert service, in which objectively is represented the work of national televisions of the past year. Based on the monitoring of the program of the national TVs, the report concluded that repeatedly on TV Sitel and the show Milenko Nedelkovski which was aired on TV Channel 5 hate speech was used. Also, the report notes that there is continuous violation of professional standards by Alpha TV and TV Nova. The Council instead of adopting the report, adopted a new conclusion, which is not based on the analysis of the professional service of the Agency, but the personal conviction of members: Lazo Petrusevski Selver Ajdini Miljam Fetai and Alma Masovic that TV Sitel, TV Nova, TV Alfa , TV Kanal 5, Telma, 24 Vesti and TV Shenja were politically biased. Such lump grades by the president of the Agency Council Lazo Petrusevski were opposed by Zoran Fidanoski, council member, who asked such conclusions be rejected. “This attitude is politically motivated and it wants to put an equal sign between the media that in the monitoring were NOT identified violations of professional journalistic standards with those for which there are dozens of reports of violations of standards and noted hate speech” Zoran Fidanoski said in a press conference organized by AJM. Fidanoski said that the Council with this conclusion devolves the work of the staff of the Agency and in a biased manner represents the work of national TV stations. He suspects that this conclusion of the Council was adopted with a political dictate and is completely contrary to the mission of the Agency. President of AJM Naser Selmani assessed that this conclusion of the Council of  AAAMS as inappropriate and unprofessional, which confirms the views of the Association that the media regulator is politicized and party influenced. “This is another argument why you should choose new members of the Council of the Agency. The council should be comprised of independent, professional and competent individuals who truly care about creating a free and professional media, instead of working on saving the face of unprofessional media “, Selmani said. He asked the Macedonian Parliament not to adopt the report of the Agency for audio and audiovisual media services for 2016 and send it for review in order to erase the artificial built qualification that all national television stations were politically biased. 29.03.2017, SkopjeAJM The report available here

Stop attacks against journalists in Macedonia

Freedom House: Macedonia a "not free" country concerning the media