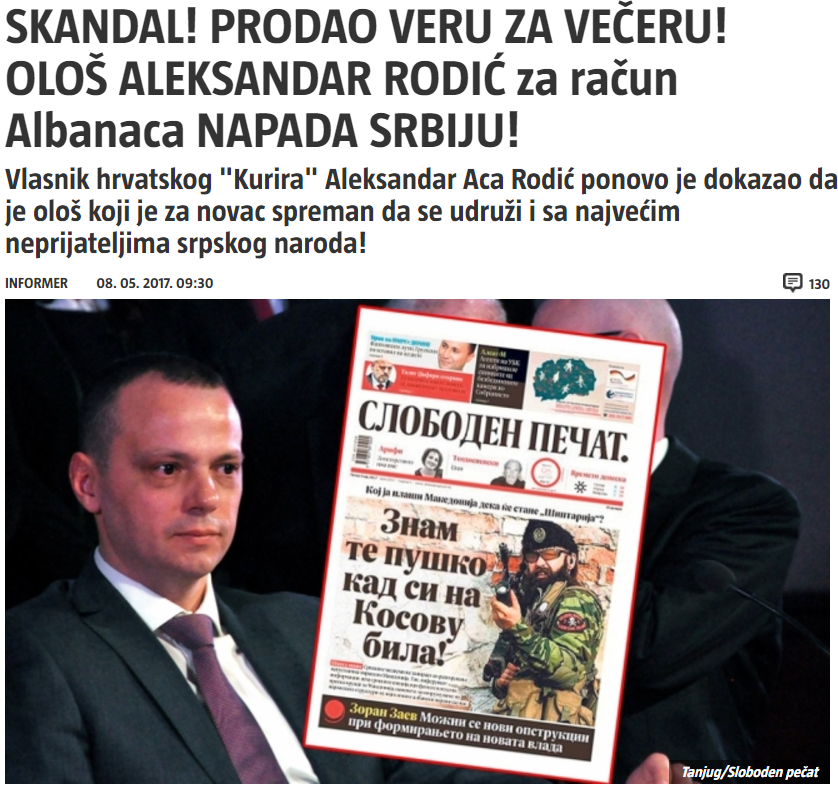 The Association of Journalists of Macedonia strongly condemns the orchestrated attacks of the Serbian newspaper “Informer” and specific Macedonian Media against the newspaper “Sloboden Pechat”. Last week Informer published a text in the newspaper and on the online edition where the newspaper was accused for illegal financing and the owner was marked as a traitor.

This attack is a great example how the authoritarian regimes in the countries of the Western Balkans are abusing the media as a propaganda machine for realization of the political interests and to deal with its opponents.

The  aim of the attacks is to cause damage on the credibility of the critic media in front of the public and to put pressure on editors and journalists to change their editorial policy.

We support our colleagues from Sloboden Pechat and we encourage them to continue to do their work professionally in the future and to accomplish their mission for accurate and timely informing the public. The existence of free and plural media is the basic characteristic of every free and open society.

Journalists suspect for fraudulent bankruptcy and money laundering in MPM