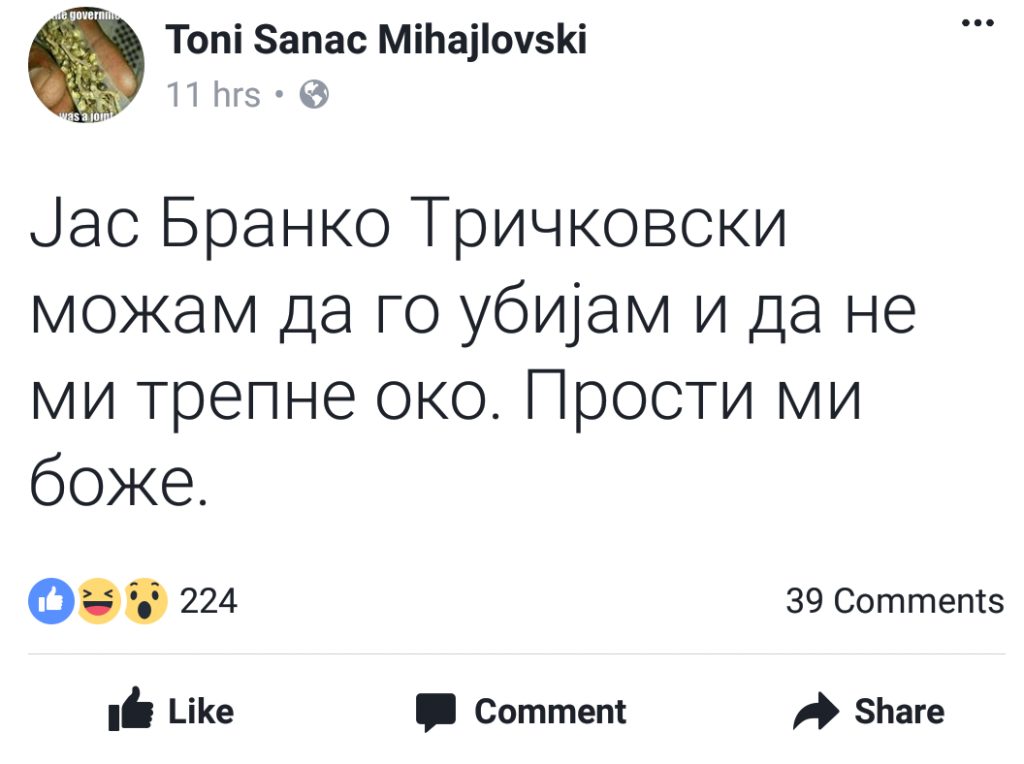 The Association of Journalists of Macedonia strongly condemns the death threats against the journalist Branko Trichkovski. The actor Toni Mihajlovski today on his Facebook page wrote that he could kill Trichkovski without blinking an eye.

The hate speech and calling for violence against journalists is totally unacceptable and is a direct attack on the freedom of speech. Death threats aim to harass journalists and silence the criticism in the media.

We urge all kinds of threats and pressures against journalists to stop because this kind of violent speech cannot be considered as freedom of expression, instead it is a serious crime which is punished with jail.

The AJM next week will submit a written request to the Public prosecution to prosecute Mihajlovski under the Articles 144 and 386 of the Criminal Code. We hope that the prosecution will appreciate our evidence and launch an investigation against Mihajlovski.

President of the AJM met with the British Ambassador