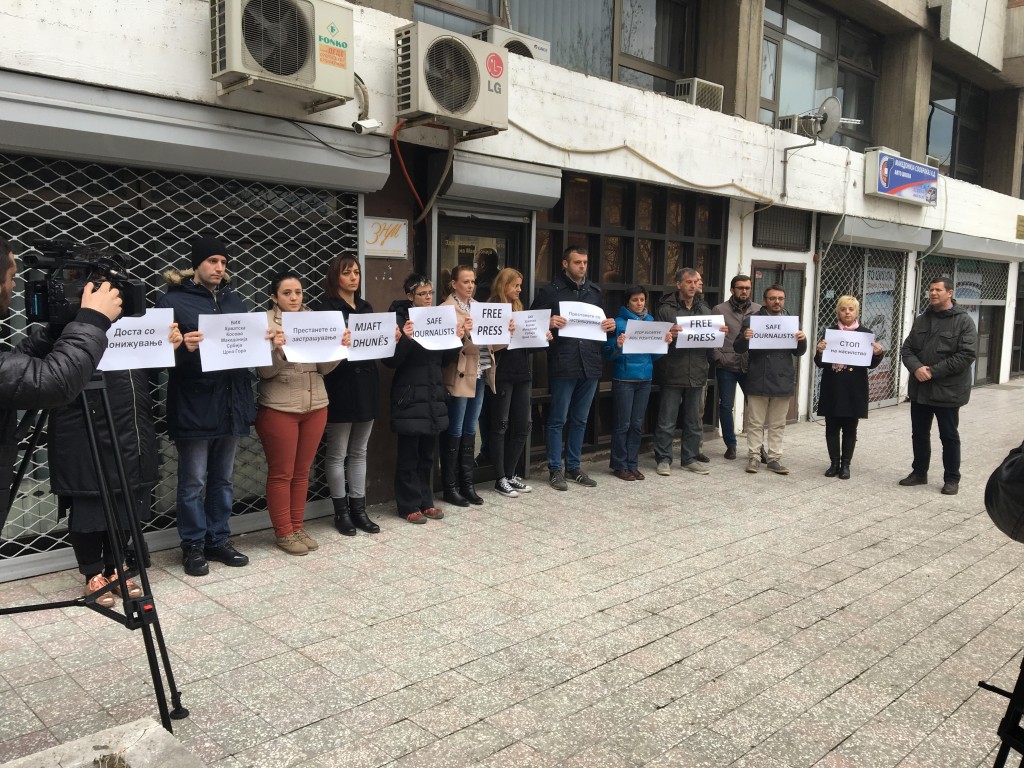 Alarming is the fact that public officials and representatives of state institutions are among those involved in occurring coordinated attacks. From beginning of 2016 till now 19 attacks against journalists in Macedonia were registered, out of a total of 44 within the last four years.

“While the European Court of Human Rights in Strasbourg found a violation of freedom of expression in Macedonia, no single violator of journalists’ right was brought to justice by relevant state institutions.” said Naser Salmani, President of AJM.

Members of this regional network, which advocates for freedom of expression and the physical safety of journalists, requests from the Macedonian authorities to immediately stop all violence against journalists, and to immediately and effectively investigate all previous attacks and punish the offenders.

The Regional Network strongly supports the Association of Journalists of Macedonia and their efforts to protect journalists and freedom of speech. At the same time, we call on international organizations to put additional pressure on the Macedonian authorities to respect freedom of speech and to ensure journalists’ safety.

Any attack on journalists is an attack on the public interest, democracy and the rights of all citizens.

The Association of BH Journalists

Trade Union of Media of Montenegro

Association of Journalists of Kosovo

Gratitude to the US for an objective report about the media

The AAAMS is politicizing the annual report