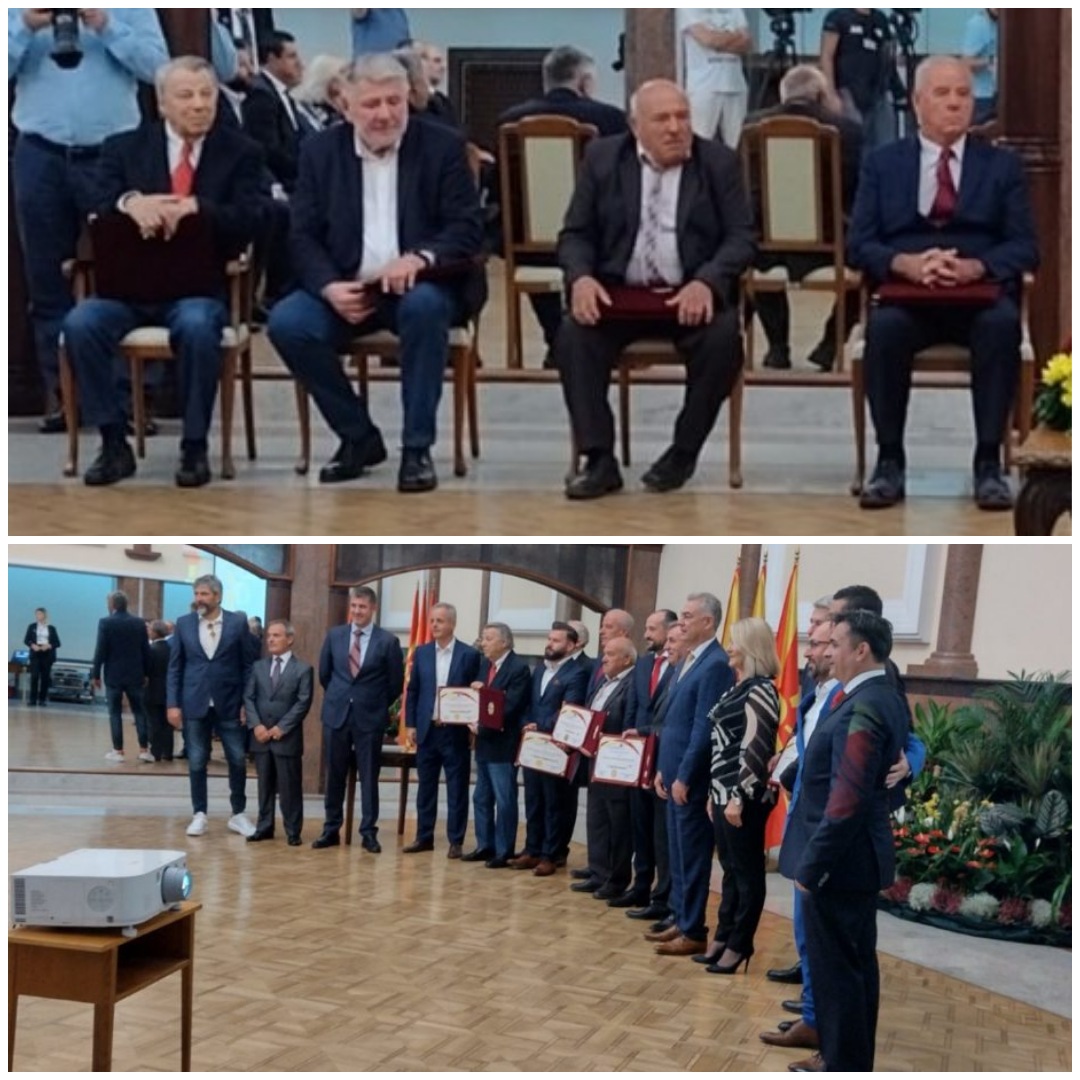 In the Assembly of the Republic of North Macedonia, the “8th of September” awards were appointed yesterday – the highest recognition for life’s work and recognition for achievements in the field of sports by the state Agency for Youth and Sports.

The “8th of September” award, which recognizes athletes, coaches, and sports workers for achievements in this field, was also appointed to Atanas Kostovski – the doyen of Macedonian sports journalism.

Colleague Kostovski was nominated on the initiative of the Sports Section at ZNM precisely because of his professional achievements in his long and fruitful career.

He started his career in 1957 and continued it in the editorial offices of the most important media in Macedonia. During his journalistic career, in addition to his regular engagements, Kostovski is part of the commentary teams of 2500 important sports events, he has four publications behind him and a series of social functions.

Thanks to colleague Kostovski for the huge contribution to sports journalism and journalism in general!

SafeJournalists: Verbal and physical attacks on journalists at a protest in Croatia