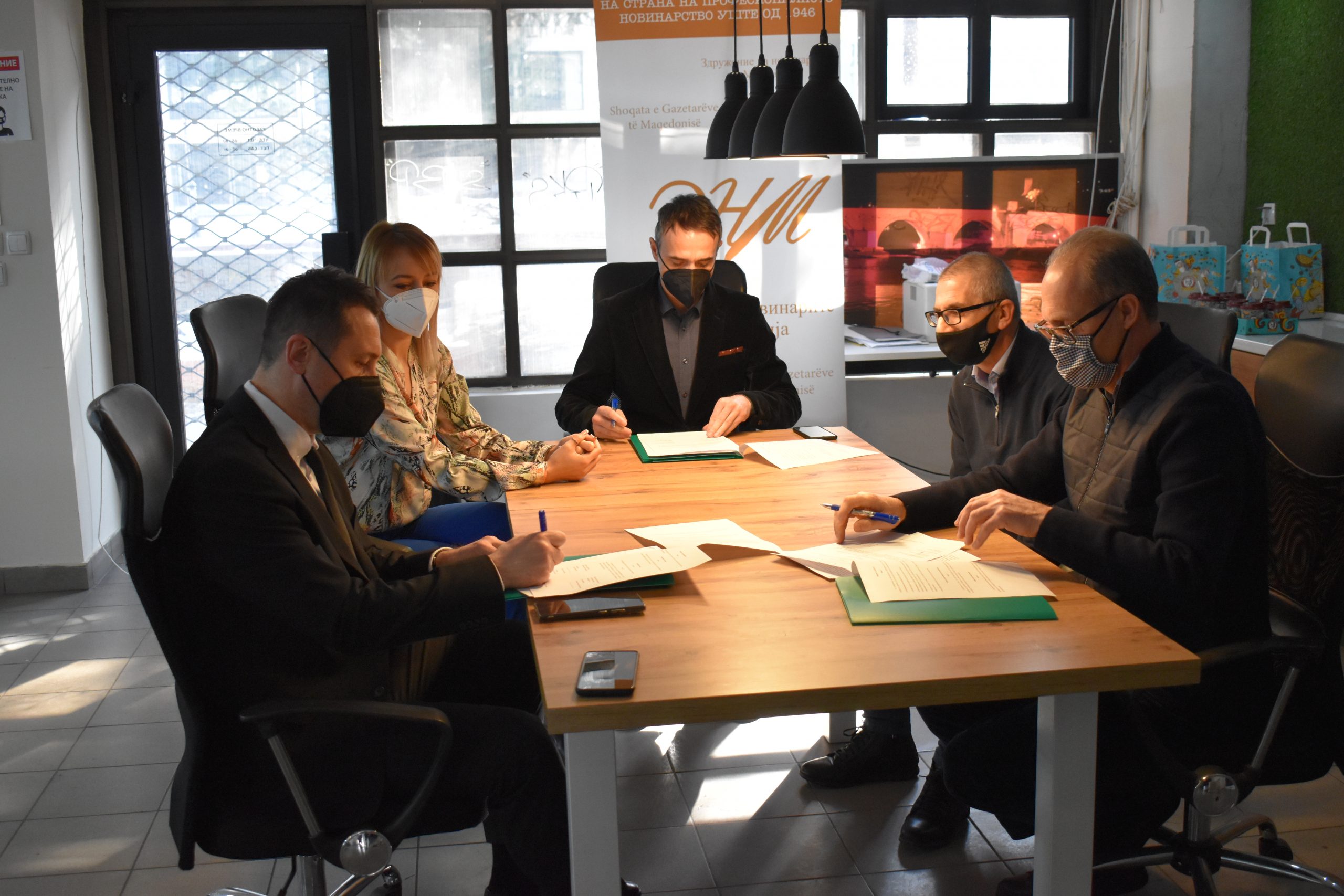 This Memorandum aims to improve cooperation between the journalistic and judicial professions and promote collaboration in judicial transparency. The Judicial Media Council and AJM will cooperate in preparing a Strategy for strengthening judicial transparency and the preparation and promotion of other documents in the field of transparency and relations with journalists and the media. In the future, the two organizations will organize joint events for journalists and judges and cooperate in collaborative projects in media and judiciary.

At the meeting, the President of the Council and the Basic Criminal Court in Skopje, Ivan Dzolev, said that “The Criminal Court, as before, remains open for cooperation with journalists and media workers with a desire to improve cooperation. Simultaneously, we are available for new ideas and project proposals from the media in the direction of a more Superior Court’s openness, primarily for the benefit of the public and the public interest. We will strive for even greater transparency of the Criminal Court and the entire judicial sector in the future. At the same time, we expect objective and professional reporting on the work of the court. “

The President of the Association of Judges of the Republic of North Macedonia, Dzemali Saiti, said: “This Memorandum is just the beginning, and in the future, we have the will and desire to have concrete projects with AJM through which journalists and judges will be involved together to strengthen trust between these two professions and to improve the communication itself. ” One of the first joint activities within this Memorandum will be developing the Strategy for Strengthening Judicial Transparency, which will define the goals for future actions.

Filipce at a meeting with AJM and SSNM: Journalists and media workers will be vaccinated in the second phase as part of vital institutions