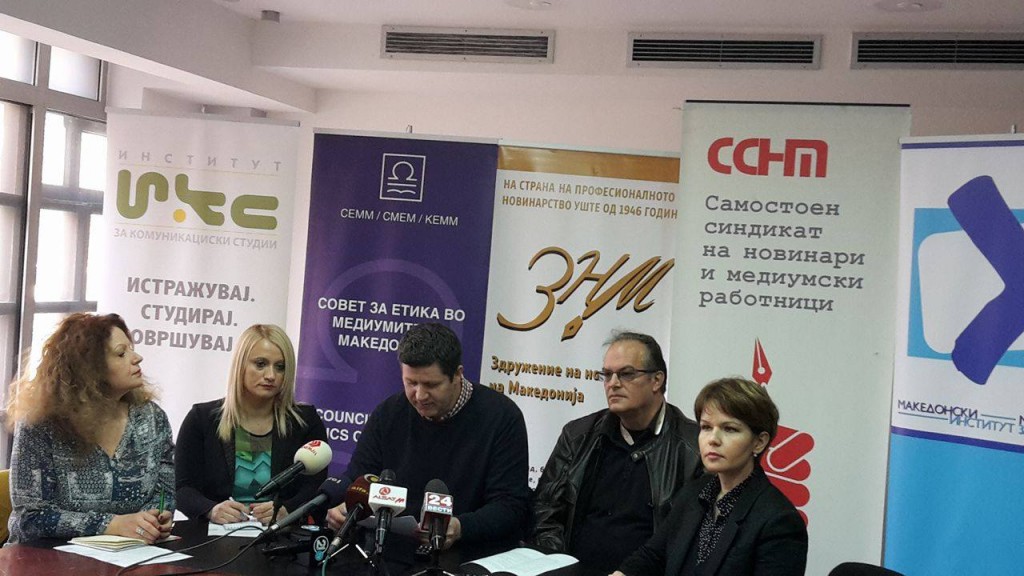 The Association of Journalists of Macedonia (AJM), the Independent Union of Journalists and Media Workers (SSNM), the Council on Media Ethics in Macedonia (CMEM), Macedonian Institute for Media (MIM) and the Institute of Communication Studies (IKS) condemn the way how the State Election Commission interprets the latest amendments and supplements to the Electoral Code regarding the media presentation for the referendum on the name issue.

We remind that the recent amendments to the Electoral Code, which legitimize political propaganda in the media paid by taxpayers’ money, are related only to election campaigns, and not for organizing referendums.

It is unclear where the SEC derives its right to the Assembly of the Republic of Macedonia, as the organizer of the referendum, to give priority in the media presentation, compared to the other participants in the referendum. The Assembly not only receives privileged access to the media for political propaganda for the referendum, but also the costs of propaganda will be paid with public money.

Other participants in the referendum campaign will not only have limited access to the media for propaganda, but they will have to bear the advertising costs themselves. Such lump-sum clarification can seriously jeopardize the legitimacy and legality of the referendum, and therefore the SEC should immediately withdraw it.

We urge the media not to allow themselves to be drawn into this political manipulation. If today they allow someone to impose rules on how to advertise in their media, tomorrow they will tell them how to report.