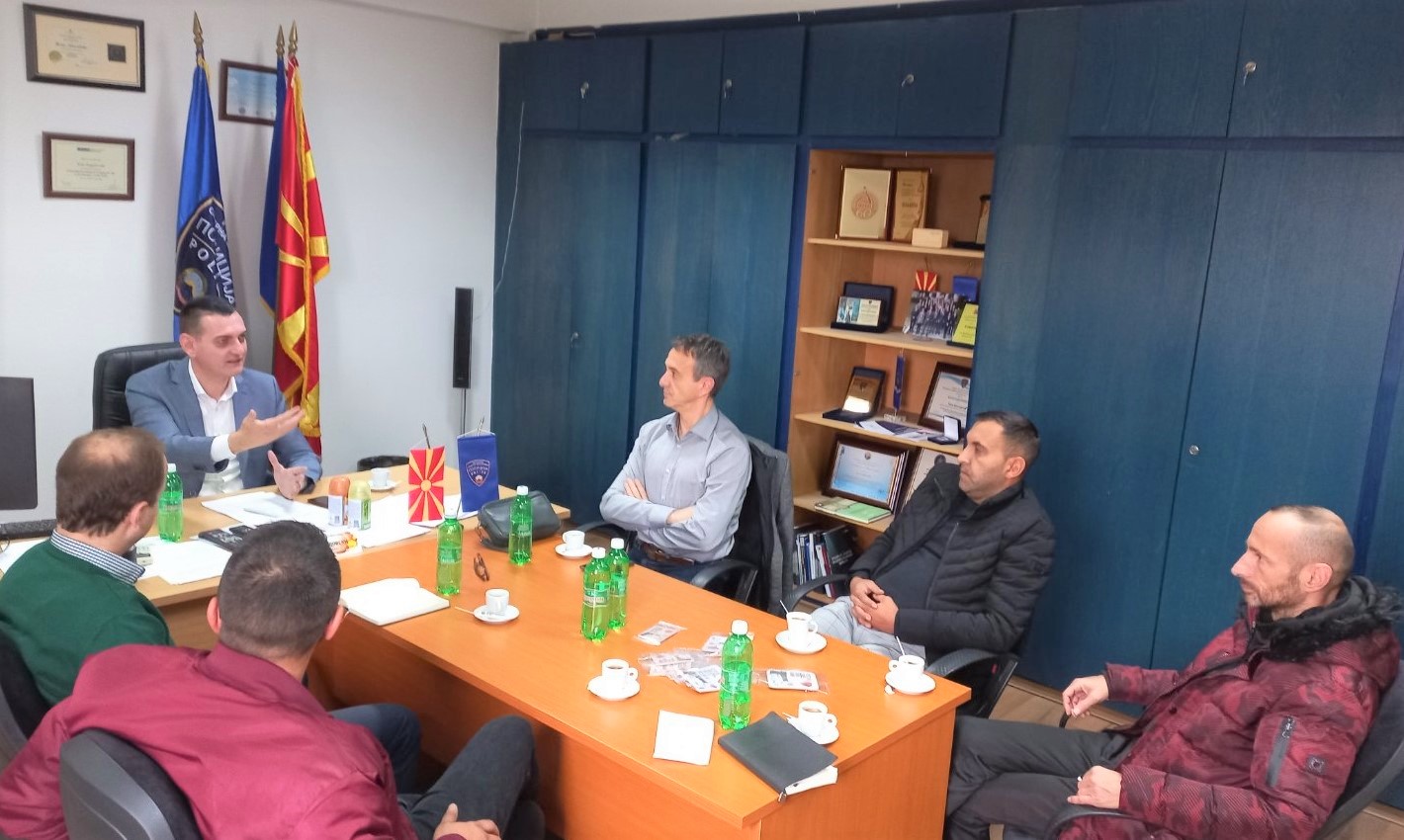 Improving cooperation with the local police, and finding ways to improve and maintain communication between journalists and cameramen from the Tetovo region and the police, were the main topics of the working meeting that was held today at the Ministry of the Interior in Skopje

The coordinator of the regional center from Tetovo at AJM Senat Zulbeari, Urim Hasipi and the coordinator of the section of videographers from the Pologsk region Vedut Osmani together with the President of ZNM Mladen Chadikovski and the director of ZNM, Dragan Sekulovski held a meeting with Toni Angelovski, Assistant Minister of Public Relations at the Ministry of Internal Affairs.

President Chadikovski emphasized the positive cooperation between AJM and the Ministry of the Interior and stressed that with more frequent meetings and precise identification of problems in the future, we can find a solution.

“The fact that there are occasional complaints from journalists about the attitude of some of the younger representatives in the police shows that a continuous process of building the capacities of the police as well as journalists and media workers are needed in order to improve mutual communication and cooperation in general – said Chadikovski.

At the meeting, the current challenges faced by fellow journalists and videographers from the Tetovo region were highlighted with concrete examples, and constructive solutions to overcome them were discussed. Also, a topic of discussion was the improvement and facilitation of working conditions for journalists and videographers when covering events organized in the Tetovo region, especially for events that involve official visits to the city of Tetovo in which there are special security protocols.

Angelovski announced that in the coming period, a meeting will be organized with the management of SVR Tetovo which all concerned media workers will be invited. At the meeting, all aspects related to communication and cooperation between the police and journalists from this region will be discussed openly.

At the meeting, Chadikovski also highlighted the problem that journalists from Veles have with the occasional unavailability of journalists of the spokesperson of SVR Veles. It was indicated that there is an awareness of this and that efforts are being made to improve the transparency and openness of the police towards journalists in Veles.