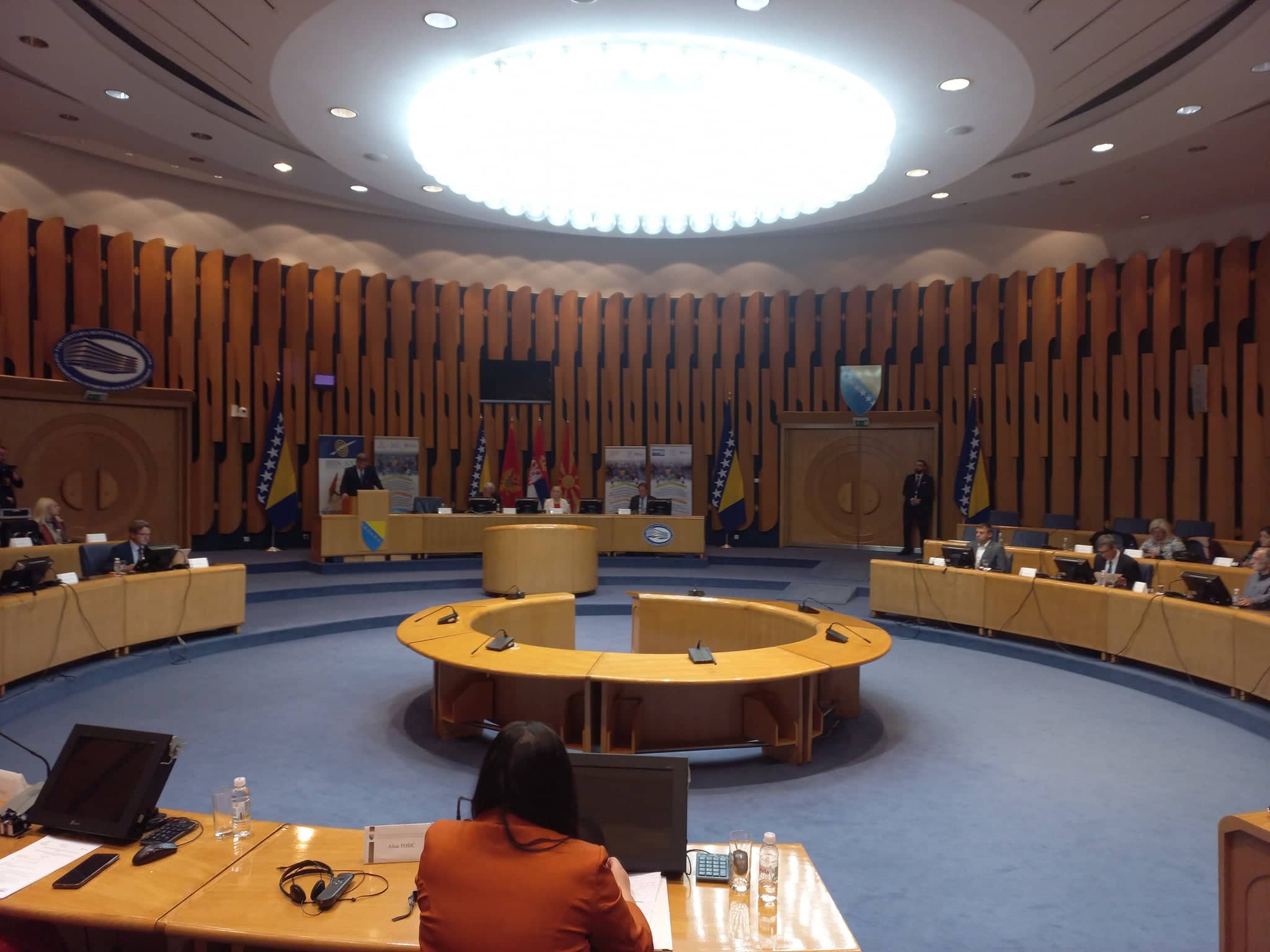 Filjana Koka, the deputy president of AJM, and Milan Spirovski, Project Researcher at AJM, participated in the regional interparliamentary conference in Sarajevo on the topic “Improvement of media legislation in Serbia, North Macedonia, Montenegro and Bosnia, and Herzegovina.” Representatives of journalist associations from the region and national parliaments participated in this meeting, and the topics of conversation were aimed at improving cooperation between journalists and legislative bodies.

At this event, colleague Koka stated that such regional events serve to remind journalist associations about the needs of journalists and the blocked processes that are important for the work of the regulator, the public service, and private media.

This conference is organized as a continuation of the dialogue that the representatives of the journalist associations and the parliamentarians started in Skopje in November 2021, when the Declaration for the promotion of the dialogue between the associations of journalists and assemblies in the Western Balkans was signed. With this Declaration, the parliaments and journalistic associations of four countries from the Western Balkans accepted that they would work together to improve the media legislation to improve the freedom of the media and the safety of journalists following the EU integration processes.

Vjolca Bajrami, deputy head of the Cabinet of the President of the Assembly Aleksandra Micoska Mitevska, head of the Department of Public Relations in the Assembly of North Macedonia, also had their speeches at the meeting.

The conference is organized within the framework of the regional project “Improving the dialogue between journalist associations and parliaments in the Western Balkans for a stronger civil sector,” financed by SIDA, within the framework of the project “Protection of civil space – regional center for the development of civil society” implemented by BCSDN.

Urgent investigation into the attack on Bozhinovski