The Association of Journalists of Macedonia (AJM), the Independent Trade Union of Journalists and Media Workers (SSNM), the Macedonian Media Institute (MMI) and the Council for Media Ethics (CMEM) react to the Government’s announcement to return to the practice for payment for media campaigns with public money in the private media.

We are carefully following the Government announcements for change of the media regulations in the part that refers to the ban on advertising by the central and local government in the media. These announcements refer to the amendment of Article 102 of the Law on Audio and Audio-visual Media Services (LAAMS), which would allow broadcasting of campaigns ordered and paid by public institutions and would purchase advertising space for broadcasting in private media.

According to EU practice, countries with greater democratic tradition have introduced complete ban on paid political advertising on television and radio, both during and after elections. Such a ban is justified by the fact that broadcasters have great influence on the creation of public opinion, and at the same time, the period for broadcasting political-propaganda messages on television costs a lot. Thus, those centres of power that have access to greater resources, especially the political parties that are part of the Government are in more favourable situation than other parties, but also civil society organizations and movements, which leaves room for discrimination. By regulating these issues, in this line by law is extremely risky in the long run, as a practice will be established from which no Government is likely to deviate in the future, and this could permanently jeopardize the role of the media.

We note that in most countries of the European continent, public announcements related to topics that are considered important for the lives of citizens are free, and the media, including the public service, should be aware of social responsibility to publish this type of content. Nevertheless, the media are expected to judge for themselves whether the messages in these campaigns or announcements are important for the health or safety of the citizens and to broadcast them free, but not to give the possibility to buy the advertising space with public money, as in that manner they can influence their independence.

Aware that the economic crisis caused by the current pandemic negatively affects the media sector, the AJM, SSNM, MMI and CMEM were and continue to be constructive factor in relations with the Government in finding solutions that would help the work of the media. We believe this can be achieved in two ways:

– Through a policy for further reduction of media duties to the state (concessions, taxes, contributions). This can achieve a good financial effect, as well as non-selective access for all media, and avoidance of direct payment of public funds for the purchase of space in the media.

– Through the concept of supporting projects of public interest for the production of quality media content, based on previous public competition with precise criteria and transparency in decision-making. This is much better approach to support professional media. In this manner, the professional journalistic content would be encouraged and through which the citizens would benefit, and in the long run the media program would be improved because it would leave space for the media to compete with quality, corruption research, analysis, documentaries and educational content. Again, with this would avoid possible link between politics and the media, which remains risk if direct payment through public campaigns is allowed.

Harmful practice from the past

Journalists and media organizations warn again that the practice of paid public campaigns in private media has proven to be extremely harmful in the past because citizens’ money has put pressure on the media for their editorial policy. At the same time, the public interest was played through this system, which was often to the detriment of the citizens, and to the benefit of the ruling political parties. In addition, the return of this practice may further jeopardize the fragile media market, which is already being influenced through public funds, primarily through the paid political program provided in the Election Law, which refers to party campaigns before elections paid from the state budget and represent significant percentage of the total annual media budget in our country.

Debate organized by AJM: MRTV should be a leader in the promotion of professional standards

AJM: Condemnation of Dashtevski’s attitude towards journalists, the Ministry of Interior to act on the complaints by the online media 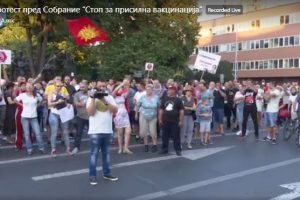 The safety of journalists, photographers and cameramen in public protests must be guaranteed 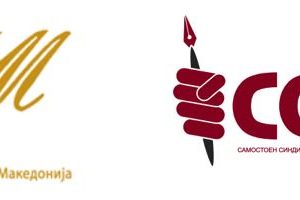