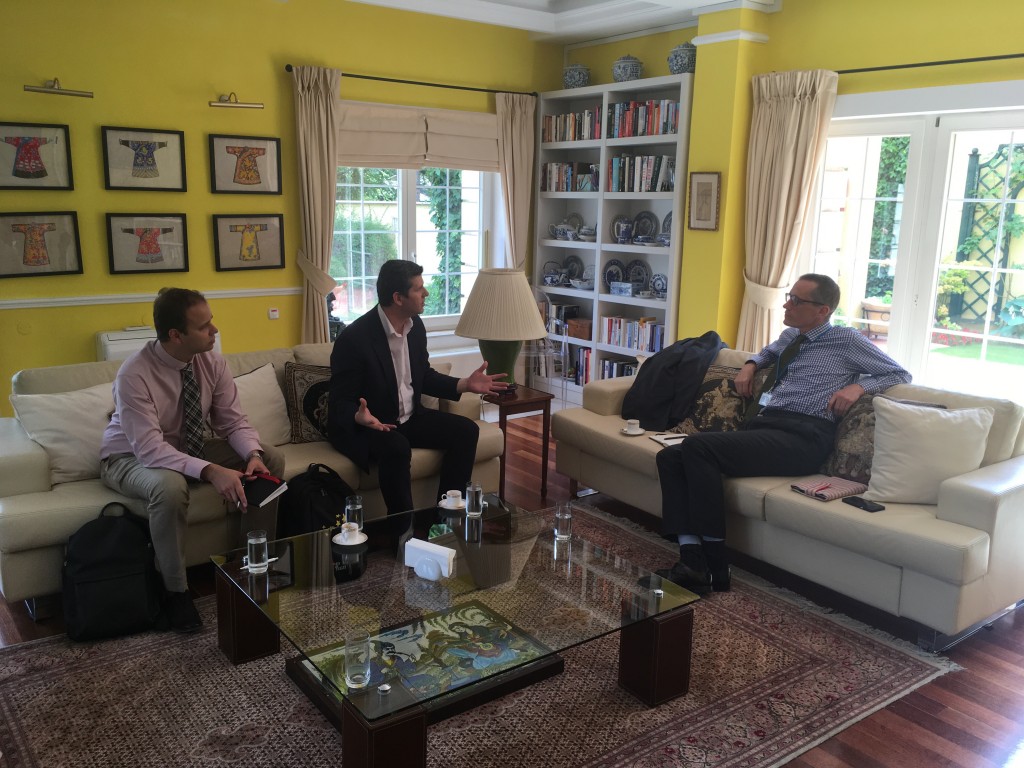 Representatives of the Association of Journalists of Macedonia today met with the British Ambassador in Macedonia, Mr. Charles Garrett. At the meeting, the President of AJM Naser Selmani and Ambassador Garrett discussed the measures that need to be taken by the new government in order to improve the situation with the media freedom.

Selmani said that the new government should find a way to stop the violence against journalists which escalated in the last three years. The police, the prosecutors and the judiciary must punish the attackers and to send a clear message to the public that such behavior will not be tolerated in the future. It is devastating that despite the change of the government, the attacks on journalists did not stop, said Selmani.

According to him, the government has to stop spending public money in the media because that creates unhealthy relationships and with that they destroy the media market.

The need for reforms in the Macedonian radio television was ascertained, which should be service of the citizens and not a propaganda instrument in the hands of the political parties in the government.

Selmani pledged to increase government transparency, which in future should organize regular briefings for journalists, where they will have the opportunity to receive information on the work of the institutions.

“Better transparency means less speculation in the media,” he said and pointed to the example of Germany, where once a week the spokespersons of all ministries have a joint press conference in which they respond questions from the press.

The improvement of judicial practice in relation to defamation lawsuits against journalists was greeted, but it was stressed that the communication and cooperation between journalists and judges has to continue with the improvement.

The representatives of the AJM and the Ambassador Gareth agreed that the momentum should be used to make real media reforms in order to guarantee the freedom of speech and to improve the quality of the journalism.

Strong condemnation for the death threats against Trichkovski