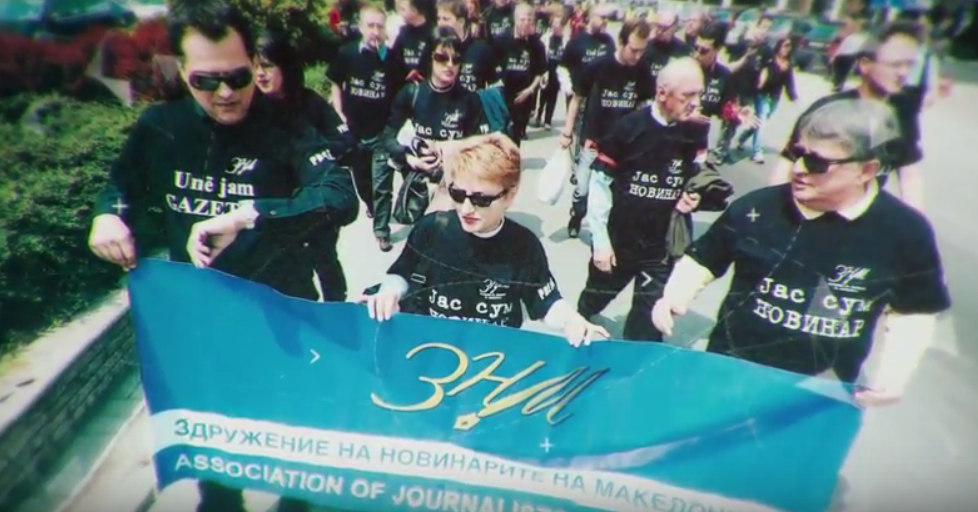 The Association of Journalists of Macedonia prepared new promotional documentary video, in which the main emphasis is placed on institutional development of the Association since its establishment until today, as a promoter of the freedom of speech and professional journalistic standards.

On the video you can see statements of prominent members of the AJM about the successes and challenges of the Association over the years, as well as authentic recordings of protests and events organized by journalists in order to protect their interests and improve the situation with the freedom of the media.

AJM has always been and will remain on the journalists side and will continue to fight for creating better and safer work conditions for all media in the country. The freedom of the press, advocating and representing the members in front of the social community and active participation in the preparation of legal regulations in accordance with international standards remain as main objectives of the AJM.

You can watch the video on the following LINK.

This video was made within the project: “Journalists’ network for media freedom”. The project is supported by the European Union. The contents of this video are the sole responsibility of the AJM and its authors and can in no circumstances be regarded as reflecting the position of the European Union.

Training for advocacy for the employees of the AJM office

Analysis of the social rights of journalists from Eastern Macedonia