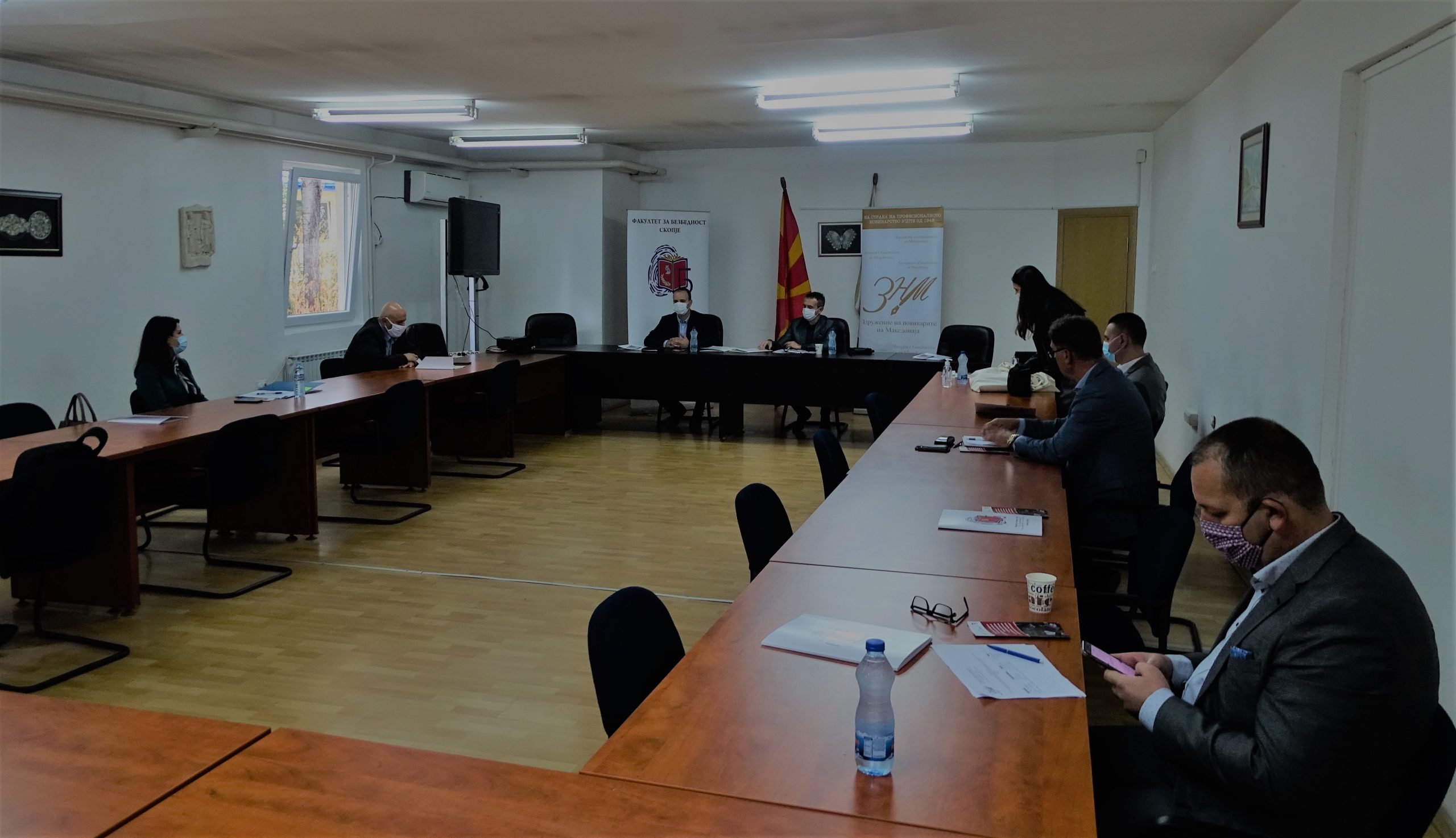 Yesterday, on September 29, at the Faculty of Security in Skopje, a meeting of the working group was held with the participation of representatives of the Association of Journalists of Macedonia (AJM), the European Perspective Initiative (IEP) and senior officials of the Ministry of Interior, National Coordination Centre for Combating Violence Extremism and Terrorism as well as the Dean and representatives of the Faculty of Security in Skopje.

The Director of AJM, Dragan Sekulovski, addressed the participants of the working group with welcoming speech, emphasizing that the aim of this project is to influence the reduction of unprofessional public reporting on topics related to violent extremism and terrorism. Specifically, the project will contribute to strengthening the capacity of part of the journalistic community as well as the representatives of public institutions in the manner of reporting on violent extremism and terrorism.

The President of AJM, Mladen Chadikovski addressed the audience as President of the Association but also as long time journalist and editor,

“As long time media editor, I can say that the implementation of this project will help journalists a lot. There is mystification among journalists about these topics, due to which they often knowingly make mistake when reporting on topics of this kind. This project is the opening of bridges of cooperation between journalists and institutions.”

The Dean of the Faculty of Security, Nikola Dujovski said that we are all partners in this, and that they can be of great help and point to this specific topic. “It’s important that journalists are committed and motivated to build this with care. The Ministry of Interior is the largest and leading institution that with its behaviour provides support and is example of cooperation. Developing a protocol on this topic would be a good solution that would target specific group concerned on this topic.”

This activity was implemented within the project “Building resistance against violent extremism and terrorism through empowered journalists, media and government officials” which is implemented by the Association of Journalists of Macedonia AJM, Initiative for European Perspective Initiative EPI and the KONICA Institute. The project is funded by the EU under the program STREVE Global (Strengthening Resilience to Violent Extremism – STRIVE Global) through Hedayah (Hedayah, International Centre of Excellence for Countering Violent Extremism).

AJM Assembly: stop for the violence against journalists, announced protests