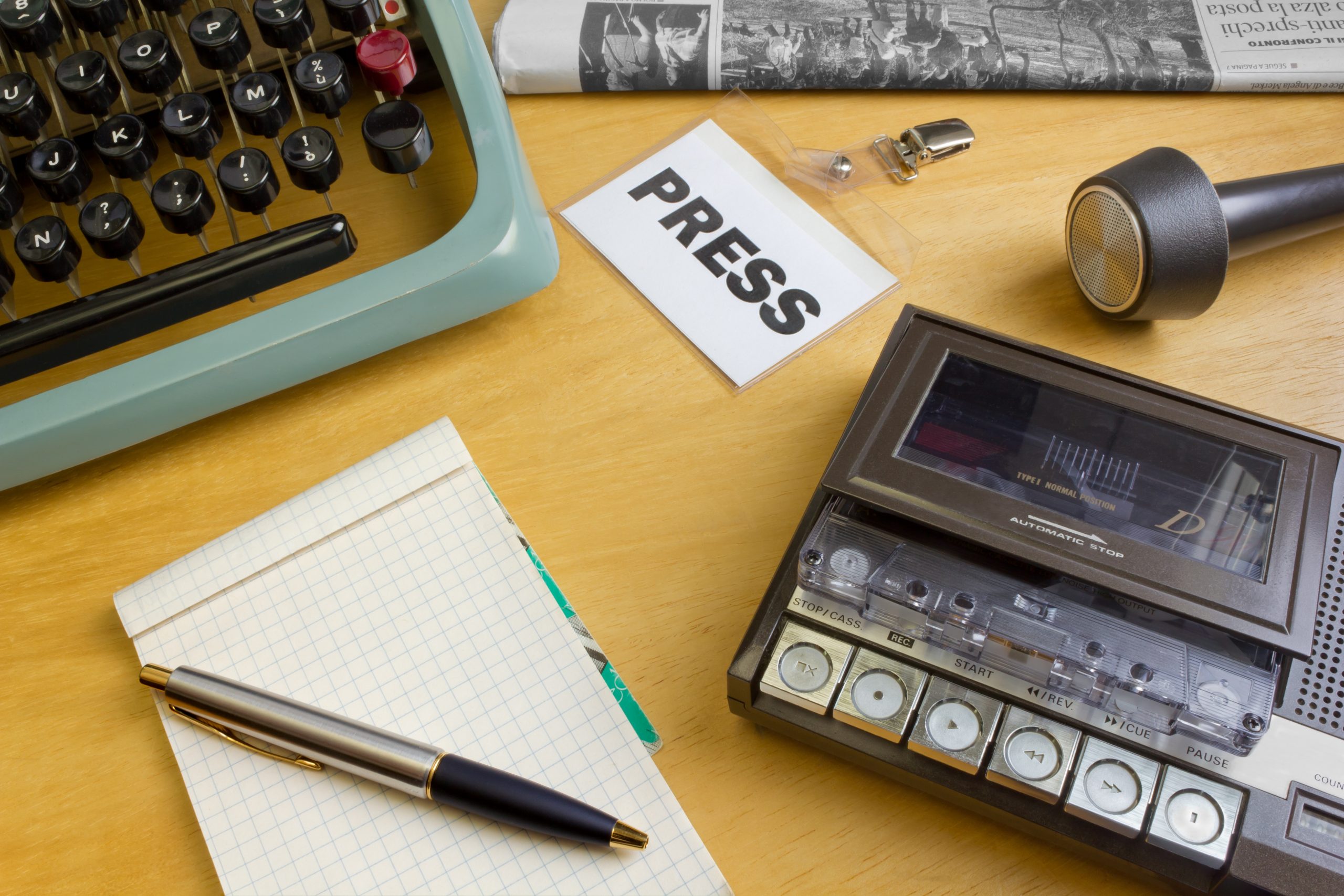 “If we are defending the freedom of our media, then we are also defending our democracy,” the European Commission president told the European Parliament on September 15th. On the day when Ursula von der Layen first sent powerful messages on media freedom and announced the Initiative to Protect Journalists from Threats and Harassment, the European Federation of Journalists (EFJ) alerted that two women from Bosnia and Herzegovina who are associated to the journalistic profession are victims of hate speech.

Borka Rudic, secretary general of the Association of Journalists in BiH, and journalism professor Lejla Turcilo have been target of nationalistic comments and hatred on social media initiated by certain web portals for more than a year.

BiH belongs to the group of six countries that are part of the “Western Balkans” and share a similarly turbulent past of conflict and the same goal for the future – the European Union. In April 2021, the countries of the Western Balkans were qualified as “hybrid regimes”. This means the decline of democracy in Northern Macedonia, Albania, Serbia, Kosovo, Bosnia and Herzegovina and Montenegro and their placement in the “gray zone”, between democracy and autocratic systems.

The description of democracy also includes freedom of expression, which according to the latest Reporters Without Borders report has a minimal shift backwards in the Western Balkans. Northern Macedonia was ranked 90th and recorded the highest ranking since 2013. Kosovo, Albania, BiH are ahead of us, while freedom of speech is reduced in Serbia and Montenegro. Journalists and media workers share the same destinies, they feel insecure and unprotected by the state.

If you ask journalists who report and work in the Western Balkans if they feel safe in their own country, you will get an identical answer: “We are safe until we go out on the field and we have to report on protests.”

Lorin Kadiu is a young journalist from Tirana, employed by Citizens Channel and for this analysis he testifies that together with his colleagues he suffered from several forms of violence during protests that took place in Tirana in recent years.

“Last year, while covering violent protests over the killing of a young boy by the police, I was attacked by police water cannons that destroyed my equipment and a lot of tear gas that was thrown into the streets for days. “This was not a new experience, regarding how vulnerable journalists are on events such as the protests against the demolition of the National Theater, the protests against the demolition of buildings to build a new traffic ring in Tirana,” Kadiu said.

The inauguration of Metropolitan Ioanniki in Montenegro was announced as a high security risk and the Government announced few days earlier that they could not guarantee absolute security for journalists. This has been confirmed, and this event is a good demonstration of how journalists are left alone.

“N1 journalist Aleksandra Tolj Ruzic reported live on the chaotic situation on the streets of Cetinje. The police constantly threw tear gas to disperse the protesters. Groups of citizens who took to the streets attacked the TV crew who were filming and threw stones at them, according to a report by the Media Union of Montenegro.

This year, 21 case of attacks and threats have been registered, which says enough about the environment in which journalists and other media workers do their job, says Bojana Lakovic Konatar from WMCG.

The journalist from TV 21, Valmira Zendeli from Skopje will always remember the protest for the convicts in the “Monster” case when containers, stones and heavy objects were literally flying in front of her eyes. In that situation, she felt that her life was in danger, but in another journalistic report she remembers that not only she did not receive protection from the police, but she was also expelled from the location where she was supposed to send a news report.

The epilogue of the attacks on journalists and media workers in the Western Balkans usually leads to a dead end. Recently, the number of resolved cases is insignificant compared to the increasing trend of attacks, not only physically but also through social networks. In general, the reasons for this disappointing outcome is the insufficient legal protection that should guarantee special rights to journalists and other media workers within the scope of their work.

The attacked journalists in Macedonia usually receive advice to file a private lawsuit against the perpetrator, while the state prosecutes them only for misdemeanors, says Tamara Grncarovska, a journalist from Telma and a member of the Executive Board of SSNM.

Journalists are often unaware of the danger and the threats, which is why they regularly report severe forms of threats, concludes the Independent Association of Journalists in Serbia. (NUNS). Their experience points to a phenomenon typical of the Balkans, and that is the selective treatment of the judiciary when it comes to attackers who are associated with the current government.

The reporting procedure and the speed of reaction of the Prosecution and the police in some cases are at an enviable level, and at that stage the competent authorities and the professional public section do not hide their satisfaction and point out the progress. However, the data collection phase, indictments, prosecutors positions on certain issues and further proceedings are causing dissatisfaction among the injured journalists and the professional public section, says Tamara Filipovic Stevanovic, Secretary General of the Independent Journalists’ Association of Serbia (NUNS).

The Balkan “leaders-instigators” who fire poison arrows at journalists

In the period from 2018 to 2020, the AJM register recorded a total of 21 attack on journalists and media workers, of which three attacks occurred in 2018, the next 2019 were registered four, and in 2020- that year 14 attacks on journalists and media workers. In addition to the increase in the number of verbal attacks, the number of online attacks on journalists is also growing, so out of those 14 threats last year, eight were sent through social networks. The most negative example of attacking and insulting a journalist was that of the president of the political party “LEVICA”, Dimitar Apasiev, who on his Facebook page publicly labeled and disparaged journalists and the media in which they work, calling them “sorospies”, “couriers” and “pro-government”, due to the texts related to the amendments to the Law on Financing of Political Parties.

The insecure environment is created by the government, says journalist Kadiu from Tirana, because his experience has shown that where public authorities need to provide protection, they are in fact the first and most aggressive factor in inciting hatred and violence against the free media.

-Our government has severely been criticized for its aggressive approach and tone towards journalists, as well as for the rhetoric used by public officials, calling the media “kazan” or rubbish bins, regularly intimidating and embarrassing journalists in public, tells Kadiu.

The youngest country in Europe has accumulated dissatisfaction for years caused by corruption, unemployment, low wages, political turbulence, so there were high expectations for stabilization of the country in the spring when Kosovo got a new government. Problems with freedom of expression continued, and public criticism was met with poor qualifications. Journalist Erjone Popova, who works for “Euronews” in Kosovo, fears that in the next period of time, a matter of attack will be their safety, but also transparency.

The first steps to secure reporting

After 30 years of independence, for the first time in Macedonia, legal changes have been proposed that should strengthen the safety of journalists and media workers. Imprisonment of three months to three years is provided for anyone who attacks a journalist or media worker performing professional duties. The Government adopted the changes that were made in the Ministry of Justice at the proposal of SSNM and with the support of AJM.

– In the future, the attack on media workers will be treated the same as an attack on an official. Additionally, in this case, the prosecution will act ex officio, not as before – with private lawsuits of journalists, say the Ministry of Justice.

In addition to the Criminal Code, changes are planned in the Law on Civil Liability, which provides for a five-fold reduction in compensation for damages that journalists would pay in case they lose the dispute. From a maximum of 2,000 euros, with the changes this one is reduced to a maximum of 400 euros.

Amendments to the Criminal Code are also being sought by other countries, such as the Trade Union and several NGOs in Montenegro, which have already submitted an Initiative to amend the Criminal Code and are seeking to introduce new acts.

We believe that the introduction of new crimes in the CC – Prevention of journalists performing professional duties and Assault on journalists in the performance of professional duties, ie supplementing the existing crimes of aggravated murder and grievous bodily harm, may contribute to deterring potential perpetrators of such attacks. in the future, says Konatar from the Journalists’ Union in Montenegro.

Last year, 900 journalists and media workers from EU countries as well as candidate countries were victims of violence during the performing of professional tasks. These serious numbers have triggered an EC alert that sent a Recommendation to all member states urging them not to underestimate threats and warnings that journalists are at risk.

The initiative contains the following requirements:

– Investigation and prosecution of all crimes committed against journalists, whether offline or online

– Support for the establishment of independent rapid response mechanisms to assist journalists in distress, such as legal advice, psychological support, shelters, emergency lines

– Provide access to information, press conferences and sources of information

The European Federation of Journalists welcomed the recommendations, noting that each of the 30 countries that received the guidelines should be obliged to implement them, and that the EU should establish an evaluation mechanism to show whether countries have succeeded in protecting journalists.

This analysis was prepared within the project “Protection of Civil Space – Regional Center for Civil Society Development”, funded by AIDS and implemented by BCSDN. The content of this analysis and the information and views do not represent official views and opinions of Sida and BCSDN. Responsibility for the information and views expressed in this document are entirely the author / authors.