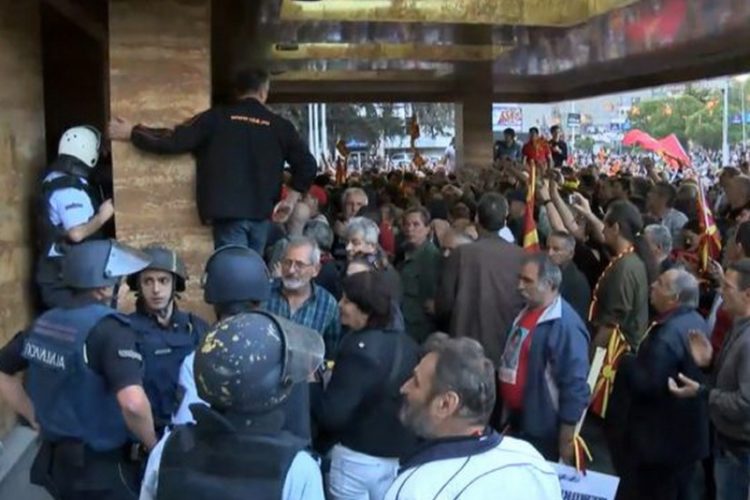 The Association of Journalists of Macedonia reminds that on April 27, three years ago, the “bloody Thursday” took place, where a large group of supporters of the civil initiative “For a Joint Macedonia” stormed the Macedonian Parliament, attacking journalists, cameramen, MPs and other officials.

In order to mark this black day for the democracy and advocating for freedom of expression and the safety of journalists, a group of journalists, assisted by AJM through the law firm Medarski, filed lawsuits today. Complaints against the state have been filed for violation of the right to freedom of expression and for non-pecuniary damage. These lawsuits follow a previous call made by AJM in order to provide legal aid to journalists and media workers who were attacked or their equipment was destroyed in the Parliament during that unfortunate event.

We remind that the Basic Public Prosecutor’s Office defended some politicians and against some of their attackers measures were taken ex officio, which was followed by prison sentences by the court. Despite the fact that a group of journalists previously gave statements in the Public Prosecutor’s Office about the events of April 27, where there were cases of physical violence, unfortunately there is still no legal procedure against the perpetrators where journalists are a damaged party. Therefore, in conditions when there are double standards for journalists and when the state does not protect our colleagues, they are forced to seek justice through private lawsuits.

AJM wants to encourage all journalists to raise their voices against the attacks and pressures they are or have been exposed to and thus send a message to the public and institutions that they will no longer be silent. Also, court proceedings will increase the pressure on the institutions to punish the attackers, thus preventing the recurrence of such attacks in the future that are unacceptable.

We condemn public labeling of Alliance for Albanians towards TV 21 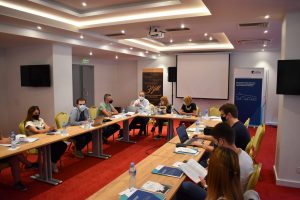 AJM and KAS: training for young journalists – a chance for a new era in media based on integrity and courage 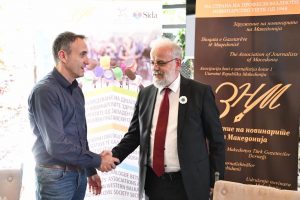 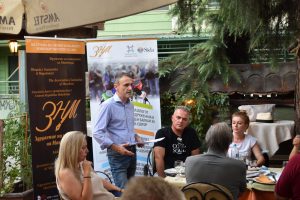