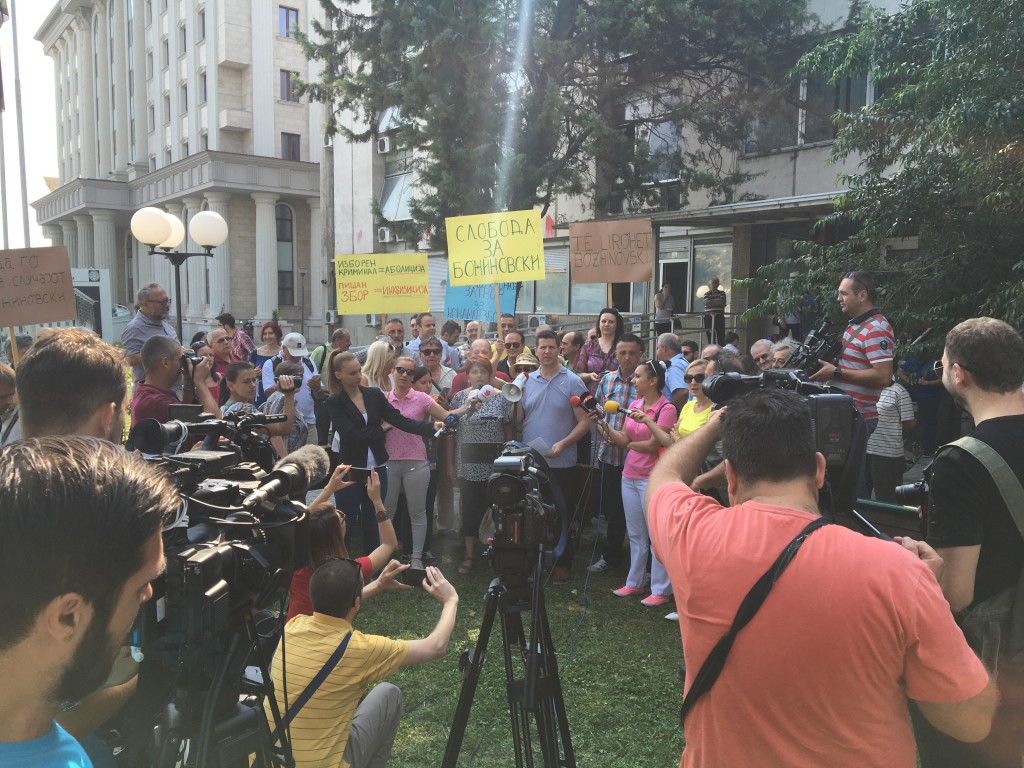 We are here today before the court in Skopje to express our solidarity with the journalist Zoran Bozinovski, who for three years was exposed to prosecution because of his work as a journalist.

We remind judges that Macedonia is the second country in Europe where there is a journalist in jail. First Tomislav Kezarovski was sentenced now Bozinovski, we are wondering who will be next. In a country where journalists are jailed, also freedom of speech and freedom of the media are jailed. Such actions are intended to punish the disobedient journalists and discipline and intimidate others.

We are not here to put pressure on the court and tell them what decisions should be taken. We are here to raise our voice against injustice.

Bozinovski still not convicted already spent nearly two years in prison, including 18 months in extradition custody in Serbia and four months in Macedonia. Judges who refuse to impose detention of politicians suspected of breaking the democratic order of the country, but easily detain journalists have no right to hide behind the principle of judicial independence.

We ask Bozinovski immediately be released from detention and allow as some former officials. If there is no danger politicians suspected of serious crimes to leave the country, then even less likely that a journalist will escape justice.

We insist Bozinovski’s case be handed over to the Special Prosecutor’s Office because their jurisdiction over this case is undeniable. Any refusal of the prosecution to hand over the case, would mean disabling justice and increasing public suspicion that someone wants at all costs to condemn journalist in prison in retaliation for publishing the abuses of power by authorities.

Condemning the threats against journalist Mislimi by minister Ahmeti