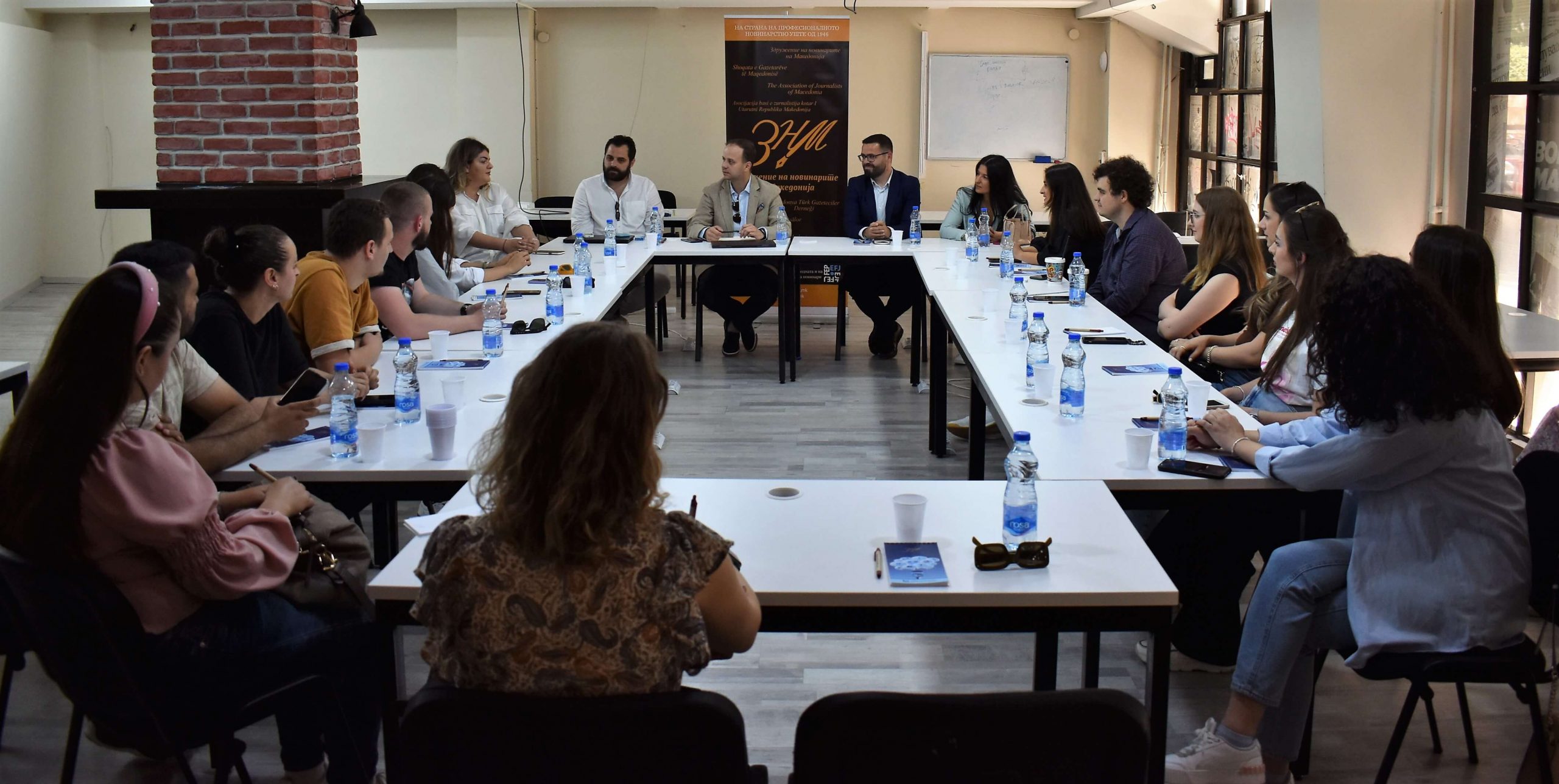 Dragan Sekulovski, Executive Director of AJM in front of twenty colleagues from various media in Kosovo presented the current projects and efforts of AJM in order to improve the solidarity of the field and protect the rights of journalists in Macedonia when they are under threat. One of the forms of improving the cooperation between journalists but also advancing their knowledge is through the activities of the thematic sections of AJM in Skopje and other cities, said Sekulovski.

Xhemajl Rexha, President of the Board of the Association of Journalists of Kosovo, spoke about the situation with the rights of journalists and the challenges that the media have in their local context. He stressed that such collaborative visits to neighboring countries and exchange of experiences and knowledge have a positive impact on communication and future cooperation between journalists throughout the region.

At this working meeting it was discussed about the possibility to organize similar study visits of journalists in the Western Balkans on topics that will be of interest to journalists but especially in order to jointly improve professional standards, sharing information on successful examples of journalists’ work. Attendees debated the challenges of disinformation in the region, the safety of journalists and media funding models.

This visit of the colleagues from Kosovo is part of the activities of AGK in cooperation with the Academy for Information Integrity of Journalists intend a visit of a group of young journalists to several media organizations and media in Skopje.

AJM: Strong condemnation for the threats against the IRL woman journalist