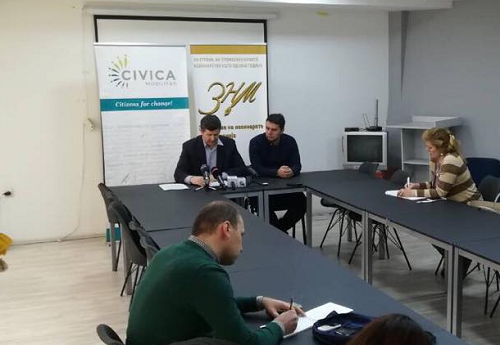 The Association of Journalists of Macedonia expresses serious concern that representatives from President Gjorge Ivanov’s Cabinet in the past period offered security certificates to certain journalists, allegedly in the name of greater transparency of the institution.

We have serious information that most of the journalists which were invited on briefing in the President’s Cabinet have signed a blank application for obtaining a security certificate without having the opportunity to be informed about the rights and obligations of the holders of such a certificate, and how this will affect their work.

We believe that giving such certificates to journalists is direct pressure on the journalistic profession, by transforming journalists from watchdogs of the public interest into state servants. President Ivanov’s presumptuous move also threatens media freedom and is an attempt to control the media, because linking journalists with security services will only strengthen self-censorship.

We call on President Gjorge Ivanov to order his advisors to immediately stop the procedure for giving security certificates to journalists. If the president wants to increase the transparency of the institution, he can can do it by having more frequent contacts with the media and by publishing all public information which is available to the institution.

We also urge colleagues to immediately drop the request for getting that certificate because this is contrary to the Code of Journalists. The Code obliges us to respect the laws of the country, but also requires us not to hide information which is contrary to the public interest.