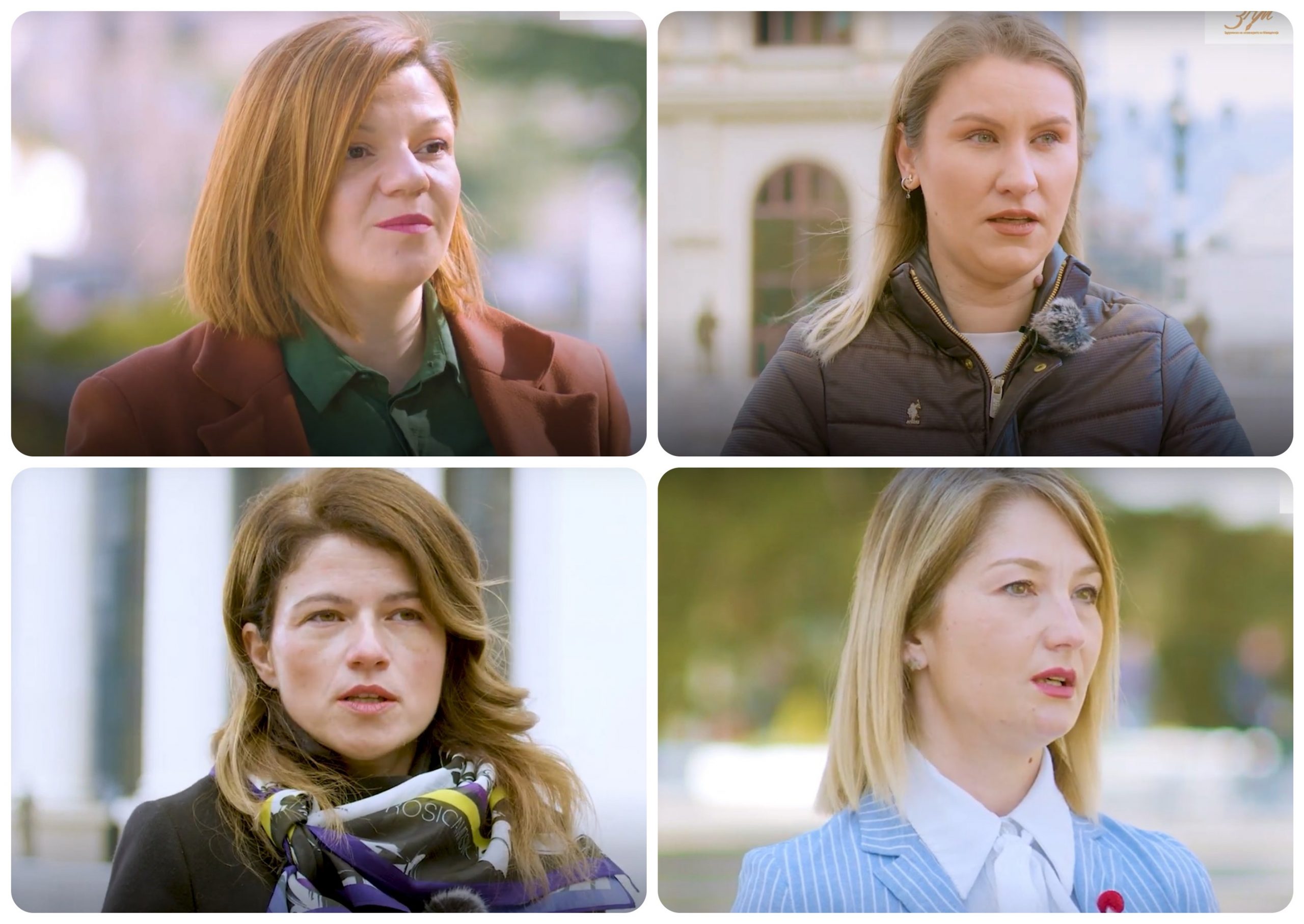 The Association of Journalists of Macedonia and the Trade Union of Journalists and Media Workers have been working together for the past period to raise awareness about the safety of journalists and media workers. For that purpose, two videos were created where the interlocutors were Zorana Gadzovska-Spasovska, a journalist at Radio Free Europe, Ferikan Iljazi Arifi, a journalist at Euronews Albania, Nita Starova, project coordinator for gender issues at the Friedrich Ebert Foundation Skopje and author of the AJM analysis for Gender Discrimination in the Media and PhD. Ivana Stojanovska, Head of the Department for Support of the Work of the Director and Public Relations, Agency for Audio and Audiovisual Media Services.

The videos were promoted on May 3rd, during the closing event of the International Day of Media Freedom under the motto: “Safe journalists and media workers for quality journalism in North Macedonia”, which included a photo exhibition entitled “Make a photo of your voice”  which presents what it is like to be a woman journalist, media worker in Macedonia.

The purpose of the videos is to send a message of awareness for the need to improve the security and socio-economic environment for journalists and media workers, as a manner to promote freedom of expression which are basic human right, and also to strengthen the role of media associations in the policy-making process.

The videos were made with the financial support of the Balkan Trust for Democracy, a project of the German Marshall Fund of the United States, and the Norwegian Ministry of Foreign Affairs.