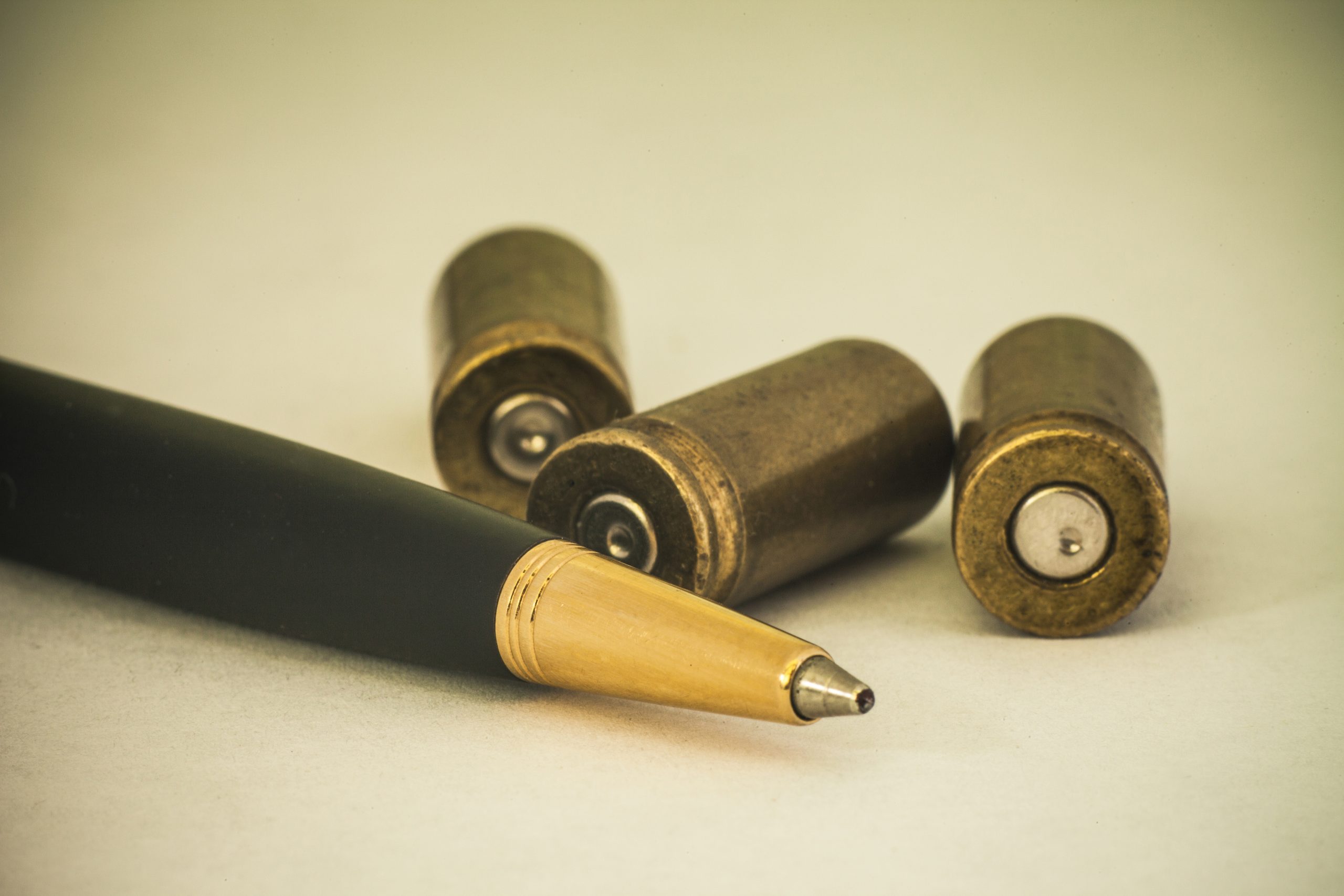 Joining NATO has improved our cooperation in the field of counterterrorism with other members. The trust that NATO has in us as a full member differs from period when we were only a partner country – said President Stevo Pendarovski and added that, currently, apart from membership in the Alliance, there is no better mechanism to defend our strategic security interests as a country.

As a full member of the most powerful political-military Alliance since March this year, the Republic of North Macedonia has the opportunity to participate in defining the strategic security interests of the Alliance through NATO coordination mechanisms, while protecting domestic interests, said President Stevo Pendarovski. The current president, who also served as national coordinator for NATO, believes that membership in the Alliance is the most important strategic investment of the country and is the best way to protect against terrorist attacks.

– One of the basic NATO demands from its members is to invest in the development and modernization of the armed forces and security capabilities. As part of NATO, we are part of the best system for exchanging security information, which also helps us in the fight against terrorism. As a full member, North Macedonia participates in the work of various bodies of the Alliance – military, civilian and security. Membership also means that we meet special security criteria. This increases NATO’s trust in our country, in terms of how we use and how we apply the information we exchange – said President Pendarovski.

On the same line is the Ministry of Defence. They say the information exchange policy means capacity building and maintenance, which improves NATO’s overall resilience to the threat of terrorism.

– The Republic of North Macedonia is part of the Global Coalition for the Fight against Violent Extremism, so in that line the policies for developing the cooperation and exchange of information with the other partners from the Alliance are being promoted. We will mention the last terrorist attack in Vienna, in which both the attacker and one of the victims were from our country. Our security services established urgent communication with related services from Austria and the Alliance, exchanging relevant information related to the mentioned violent act – say from the Ministry of Defence. The position of the member states of the Alliance is that they should, together, fight against this global problem. The professor from the Faculty of Security, Zlate Dimovski, in that context, explains that the organized groups that practice terrorism and violent extremism are not under one jurisdiction and do not operate on the territory of one country, so it cannot be assumed where they can establish and attack. For that purpose, says Dimovski, international and national bodies have been formed to share information about the activities of these groups.

-According to current practices and experiences, any country that in any way receives information on the preparation of terrorist act or other action by violent extremist groups, is obliged to disseminate it, to seek supplementation, confirmation, and refinement from other countries – NATO members, if that country cannot do so, although the information at that time may not be at the level of ready analysed product. If, on the other hand, it is ready analytical product, then it is delivered through standardized channels to the NATO headquarters, and from there all member states are informed and the need for any action is defined for each one – says Dimovski. This manner of acting, the professor believes, has led to the openness of the intelligence, counter-intelligence and security services and has avoided storing information in a drawer.

In addition, in order to deal more effectively with this type of threat, it is necessary to strengthen the national civil-military capacities, experts say. The view is based on the fact that critical infrastructure is not fully owned by the state, so the armed forces, especially those directly involved during crises and military action, also depend on civilian sectors to do their job such as transport, communications, food and water supply. Hence, according to experts, cooperation between the civilian and military sectors should be intensified.

Article five of the NATO Charter is one of the most important pillars of the Alliance. It stipulates that an attack on one member state is considered an attack on all others.

Terrorism is threat to use or real use of violence (terror) to achieve political goals – said Professor Tanja Miloshevska from the Institute for Defence, Security and Peace. On the other hand, says the professor, violent extremism is violent type of mobilization that aims to raise the status of one group, while excluding or dominating over “others” based on characteristics such as gender, religion, culture and ethnicity. In doing so, violent extremist organizations destroy existing political and cultural institutions and replace them with alternative governance structures that operate according to the principles of totalitarian and intolerant ideology.

– It is necessary for the states to share their empirical research findings on the paths of radicalization, trends and risks, as well as to exchange information related to the return of foreign terrorist fighters and violent extremists nationwide – said Miloshevska.

On March 27, 2020, the Republic of North Macedonia became the 30th NATO member country. Joining the Alliance raises the question of whether our country may now be more exposed to terrorist threats. The Ministry of Defence is calming down. They say that fear is unjustified.

– “Attractiveness” for carrying out terrorist attacks cannot be determined only by the membership of a country in a particular Union. It depends on the goals and intentions of those who use such tools. Individual terrorist acts, such as the one against former Swedish Prime Minister Olof Palme in 1986 and the one against Minister Anna Lindh in 2003, as well as the recent attack in Vienna, can serve as confirmation. Neither Sweden nor Austria are NATO members. On the other hand, we had the assassination attempt on former President Kiro Gligorov in 1995 and the terrorist act in Kumanovo in 2015, when the Republic of North Macedonia was not yet a member of the Alliance. Therefore, we can put the opposite thesis – NATO membership greatly strengthens our capacities and makes us stronger in preventing and combating the threat of terrorism – say from the Ministry of Defence.

Former Macedonian NATO Ambassador, Professor Nano Ruzin says that North Macedonia is attractive country for terrorist attacks as much as Albania, Bulgaria, Croatia, Slovenia and the Baltic states, but from previous experiences in none of these countries has there been a terrorist attack in the classical sense of the word, as exemplified by the United Kingdom, the United States, France, Spain, and Germany.

– Our country is not so attractive for terrorist attacks for several reasons. Former colonial powers or states that fought directly with the so-called Islamic State were attacked. There is no Arab diaspora in North Macedonia, and our country is not big military power. In addition, we are a multi-ethnic society, and the Balkan jihadists who went to war in Iraq and Syria, did not leave guided by extreme doctrine, but due to the economic and social problems in the current and impoverished Balkans – analyses Ruzin for the authors of this text.

NATO, as organization that deals with military issues and all other issues relevant to the organization, pays attention to the crisis with COVID – 19. In this regard, President Pendarovski believes that the adaptability to new security challenges is one of the strongest features of the Alliance.

– Today we are facing unexpected challenge, and that is the global pandemic of COVID – 19. This situation has shown us that the crisis management system in the country must adapt to the new challenges caused by the virus and I think that in the next period it should be key priority of the country – the head of state is decisive.

According Europol data, the threat of terrorism remained unchanged during the first half of 2020, indicating that, at least in the short term, COVID-19 had minimal impact on the level of terrorist threat in Europe.

– The number of attacks inspired by jihadists remains high (at least six in the first half of 2020, compared to seven attacks throughout 2019) and all were carried out by “lone wolves” who used rudimentary weapons, such as knives or cars – says Professor Miloshevska.

The media torn between ethics and sensationalism