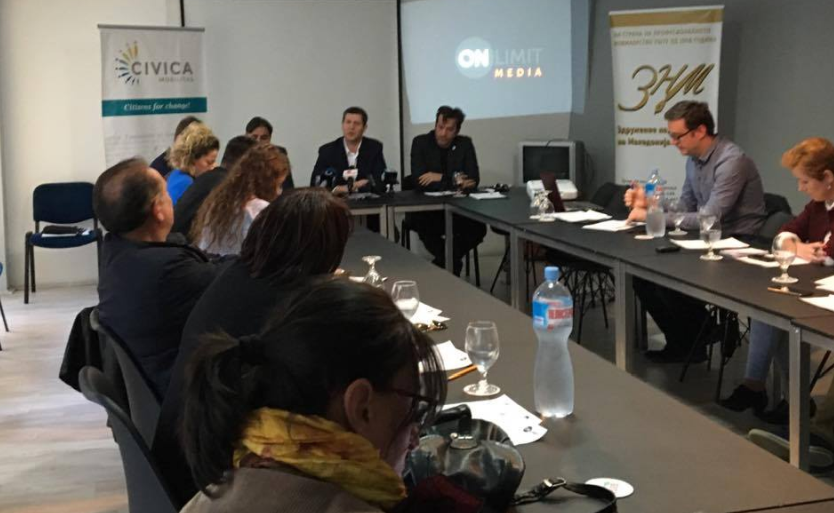 Today in the Journalists’ Club a debate was held on the topic: “Media Reporting in the Election Campaign, Experiences and Challenges”. Speakers at the debate were the Director of AVMU Zoran Trajchevski, the President of CIVIL Xhabir Derala and the President of AJM Naser Selmani.

Zoran Trajchevski said that in the local elections, the media reported in a far more balanced and professional way than in the two previous election cycles, where unbalanced reporting and coordination in reporting was noted. He added that this year for the first time, the court in Skopje acted in the legal deadline after the AVMU’s appeal and reached a verdict in 48 hours after the filing. According to him, the court has not yet resolved the cases of AVMU filed two years ago.

The president of CIVIL Xhabir Deralla pointed out that instead of being informed, people are being hatred through the media and there are serious remarks about the behavior of the courts. He pointed out the case where the court effectively punished a Macedonian citizen for insulting the president of Turkey, but does not sanction hate speech expressed in the pro-government media in the past.

“Police began to seriously investigate the attacks, but we are worried about the fact that out of 54 attacks, no attackers have been punished by the courts. It shows a clear policy of impunity. Only 10 cases have been fully investigated and five criminal and five misdemeanor charges have been filed. With the policy of impunity, we can not expect an improvement in the freedom of speech” said Selmani, and pledged to build an effective institutional mechanism for the prevention of violence against journalists, involving the police, the prosecutors and the court.

This debate was organized by OnLimit Media and AJM, and financially supported by CIVICA mobilitas.