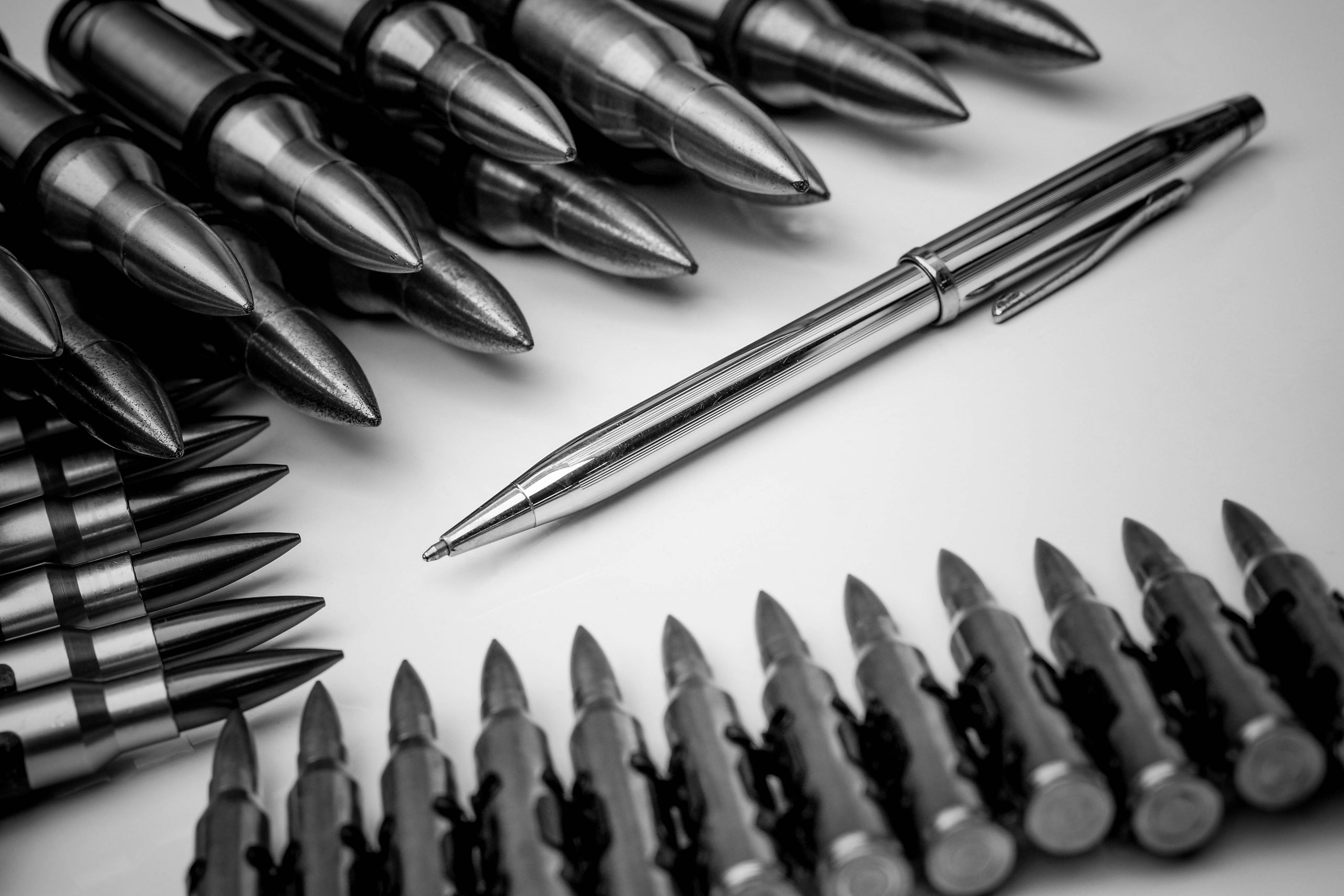 Russian pranksters and false conversations with Prime Minister Zoran Zaev since
July 2019 have contributed the Macedonian public to hear for the first time about the
term “hybrid threats.”
“These are hybrid threats and special war to endanger the path to NATO,” said then-
Defence Minister Radmila Shekerinska.
In military doctrine, the term “hybrid threats” refers to wide range of measures, tools
and techniques, including disinformation, cyber-attacks, manipulation of international
law, espionage, sabotage, political subversion, economic pressure. Hybrid attacks
use manipulations in order to exert certain influence. The purpose of hybrid attacks
is to influence the public or processes, which are important for making key decisions.
In this regard, the main focus of hybrid attacks can be leaders, public figures, the
media, religious groups or civil society organizations. The creators of hybrid attacks
seek to influence the credibility and integrity of individuals or groups relevant to
decision-making ( f2n2 ).
In this context are placed the activities of pranksters, which according to Professor
Marjan Nikolovski from the Faculty of Security, are illustration that foreign countries
that are not in favour of our foreign policy do not choose the means to achieve their
goal.

immediately talk about collective responsibility. How lists with ID can numbers come
out, which touch on the basic fundamental values ​​of a country, and that is the basic
human rights and freedoms? We start from here. The personal integrity of the
individual is endangered, not to mention the institution, said Professor Marjan
Nikolovski.
From corruption to terrorism
Hybrid threats or hybrid operations in modern systems are considered the terrorism,
corruption, organized crime, migration, cybercrime. The countries of the Western
Balkans, according to security experts, are in the area where the interests of different
forces overlap and they can be opposite or parallel to our interests. States should
strive to maintain their information, digital and financial sovereignty in order to
prevent the spread of misinformation, which is spreading abroad and at home.
The most common are attacks through information systems, which according to
security experts, have proven to be particularly vulnerable.
The Department of Cybercrime and Digital Forensics functions in the Ministry of
Interior, where in the part of hybrid threats to institutions and individuals, DDoS
(Distributed Denial of Service) attacks are the most common. These attacks target
web servers. In addition, thousands of IP addresses infected with computer viruses
access specific web server and thus disrupt its functionality. The most well-known of
the computer viruses is Ransomware, which aims to encrypt data. This is followed by
computer fraud, which intercepts the electronic communication, usually between two
legal entities and changes the data in the invoice that is subject to payment, in order
for the funds to end up in the account of the perpetrator.
The most common problems that citizens complain about when it comes to cyber
security are the loss of data if their ‘backups’ are not provided and the money that
unknown perpetrators seek to be paid, usually in cryptocurrencies, in the case of
computer viruses.
Special operations

The Defence Strategy of the Republic of North Macedonia from March 2020
estimates that, in today’s peacetime, the likelihood of armed aggression as direct
threat to the sovereignty and territorial integrity of the country is minimal. The
document notes that in the context of globalization and demographic change,
countries are currently more vulnerable to non-military, asymmetric, hybrid and cyber
threats and threats from non-state actors.
“The most significant risks we face come from asymmetric, hybrid, cyber and other
non-military threats, including those from non-state actors, natural disasters,
technological disasters, epidemics and climate change. Regarding the identified
security challenges, threats and risks, the defence system of the Republic of North
Macedonia will build capacities and capabilities to respond to them.” (Defence
Strategy of RNM, 2020)
Hybrid attacks can be economic, psychological – propaganda operations, political
attacks on country, but it is usually combination of organized activities aimed at it,
explains Gordan Akrap, former intelligence officer, president of the Institute for
Hybrid Conflict Research in Zagreb, Croatia.
-“One of the key activities of the hybrid operations is to divide the population, to
introduce unrest, disorder, incompatibility and to encourage distrust in the
institutions. And at the moment when you have weak state institutions with very low
level of trust in those institutions, at that moment the country is ready to be victim of
such information attacks.”
The NATO Centre for Strategic Communications Excellence (Stratcom), in its
analysis of the Western Balkans, concludes that “vulnerable institutions and low
public confidence in representative democratic institutions, from governments to the
media, as well as other thorny domestic issues, can strengthen the influence of
hostile foreign actors whose aim is to deepen divisions in the public and weaken
states.”

investment, and civil society easily becomes the target of information operations,
especially in the current climate of mistrust between governments and citizens. All of
these factors contribute to creating environment that is vulnerable to hostile foreign
influence.”
Misinformation – the first tool in hybrid operations
Misinformation usually precedes operations from the hybrid threat arsenal. Gordan
Akrep as failed hybrid operation brings the riots in Macedonia in 2017, which, as he
says, failed to cause destabilization, in order not to sign the agreement with Greece.
NATO actively monitors disinformation and propaganda campaigns by both state
and non-state actors.
“They are trying to sow division, to undermine our democracies and our ability to act.
Russian officials, for example, claim that NATO allies are responsible for the
coronavirus and that authoritarian regimes are better than democracies in
safeguarding the security of their people.”
NATO is constantly coordinating with allies, sharing information and publicly refuting
false allegations, exposing major NATO misinformation narratives and involving the
media.
“They also work closely with the European Union to identify, monitor and detect
misinformation. Free media play akey role in countering misinformation and
transmitting accurate information to the public.”
In 2018, the Alliance decided to form teams to deal with hybrid threats in accordance
with the individual characteristics of the country that requested referral to its territory.
The first NATO hybrid threat formation and deployment team has been sent to
Montenegro. The Macedonian Ministry of Defence clarifies that the country intends
to create its own capacities to deal with hybrid threats, but of course it will use the
experience of Montenegro to dimension the need to include such team in North
Macedonia.

In 2019, comprehensive process was conducted with the European Union to assess
the institutional capacity to deal with hybrid threats.
“One of the tasks of the working group for building resistance against hybrid threats
and risks is to develop Strategy for dealing with hybrid threats in accordance with the
recommendations of the European External Action Service, which should be ready
by the middle of next year,” said from the Ministry of Defence.
Experts estimate that we cannot talk about quality education or health system if there
is no security. Particular attention should be paid to security and citizens should be
told that everything that happens to them is not in their interest, in the protection of
their family, their country. We need to work on the general security culture, which we
lack.
Any attempt by foreign security services to act in relation to computer security,
infiltration and the placement of certain misinformation would undoubtedly have
impact on the security and functioning of the state security system. In that sense, it is
necessary to sensitize and recognize the hybrid operations, which do not stop and
are constantly modified.