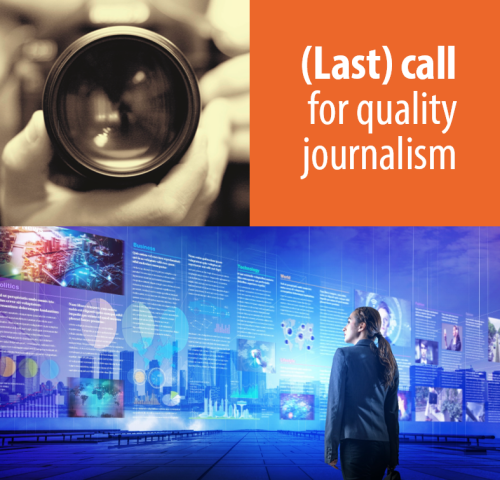 The conference, hosted by the Ministry of Culture of the Republic of Slovenia, was attended by 150 journalists, media experts, members of journalistic associations, regulatory and self-regulatory bodies from 40 member states of the oldest European organization, including a representative of AJM.

Media literacy, the application of artificial intelligence in the media, regulatory and self-regulatory practices in the media sphere in European countries, were discussed at the conference in the spirit of the necessity of quality journalism, which is the only response against fake news, misinformation, propaganda, hate speech and the political manipulation of media content, which is more or less present in the media throughout Europe, especially in the online sphere.

According to the conference participants, quality journalism is endangered not only in the countries of Eastern Europe, where authoritarian tendencies are part of the historical legacy, but also in the old EU member states, and even in the cradle of democracy in the UK, where under the influence of growing populism there is a decline in professional journalistic standards.

The Register of Professional Online Media prepared by AJM and CMEM with the support of the Macedonian Chamber of Commerce was particularly highlighted as a rare example of a self-regulatory mechanism that should be followed and applied in other European countries to assist high quality professional journalism.

Council of Europe representatives at the conference also expressed interest in the concept of financial support to the print media from the state budget, which is practiced in Macedonia for the second year with the initiative of AJM, and Radio Ljubljana recorded a special broadcast for the conference where our representative talked about the Macedonian media practices and AJM initiatives.

A workshop was held in Veles on the topic: "Safety of journalists and media workers and the restrictions of freedom of expression"

AJM: We condemn the treatment of journalists in the building of the Constitutional Court