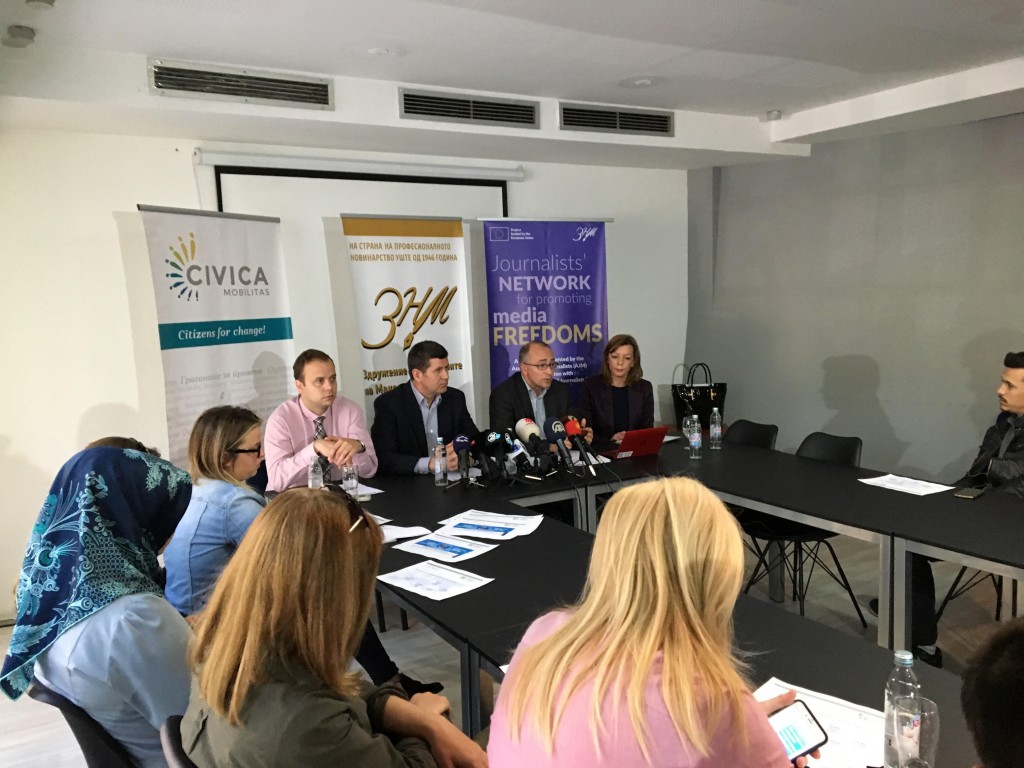 The Secretary General of the European Federation of Journalists, Ricardo Gutiérrez, who is in Macedonia upon invitation of the Journalist Association of Macedonia, expressed grave concern about the situation of the media, especially about the attacks on the journalists. He criticized firmly the anti-journalist rhetoric for which, he believes, are responsible Gruevski and his fellow politicians. Despite the recommendations from the Council of Europe for protection of journalists, not only are journalists target of physical and verbal attacks, but they are also imprisoned. This fact puts Macedonia in a group with Russia, Turkey, Montenegro and Azerbaijan.

It is unacceptable for a country that is a member of the Council of Europe to keep its citizens, let alone journalists, in custody for a year. That is completely opposite the European standards. Macedonia, said Gutiérrez, is on the European bottom when it comes to media freedoms. Majority of journalists claim that they feel pressurized while they do professional work, and because of that pressure, self-censorship is very evident.

According to Gutiérrez, strict media regulation is dangerous. In Macedonia, he says, the media are already regulated and new laws are not necessary. Overregulation is not in accordance with the European practice.

The previous Government signed two European recommendations a year ago: one for journalist security and protection and one for freedom of internet media. With these recommendations the Government is practically prevented from limiting the freedom of speech in the internet portals. Additionally, it has agreed not to impose inappropriate penalties.

This activity is part of the project “Journalists’ Network for Media Freedoms in Macedonia”, funded by the EU under the priority of media freedom under the Instrument for Pre-Accession Assistance (IPA). This project is implemented by AJM and in partnership with the European Federation of Journalists