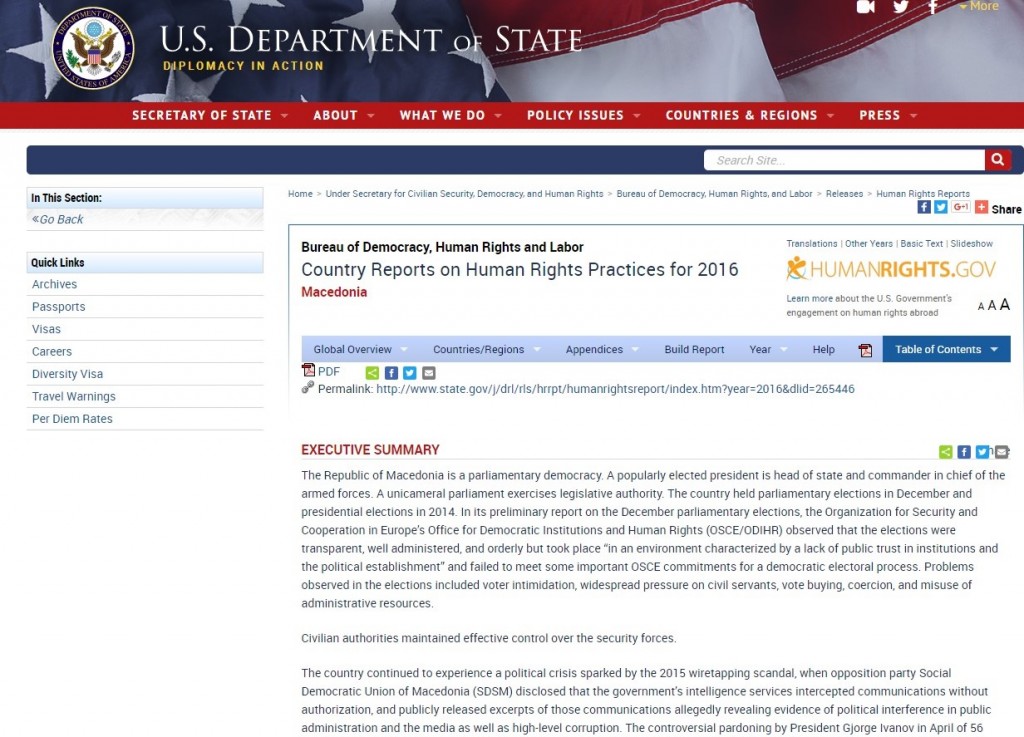 The Association of Journalists of Macedonia expresses gratitude to the US administration for the objective report about free speech in Macedonia, which concluded that these freedoms are endangered because of continued government pressure on the media.

Washington recognizes the sources of the crisis in the Macedonian media such as the occurrence of impunity for violence against journalists misuse of public money by the government to control the media.

In the report the US talks about frequent incidents – from physical attacks to death threats against journalists, in which public officials are included. The fact that none of these attacks are resolved so far by the institutions is worrying.

Special attention is given in the report about abuse of public money by the government to silence and instrumentalise the
media. Despite the moratorium on government campaigns in 2015, the report states that the measure did not cover all public and private institutions related to VMRO-DPMNE.

For the Macedonian Radio Television highlighted is that it is misused for promotion of the ruling party, as part of the coordinated editorial policy with three most popular private television stations.

Important place in the Report has the systematic campaign against journalists through lawsuits for libel and lustration. This kind of pressure illustrated by the case of lustration of the chief editor of Focus Jadranka Kostova and lawsuit from DUI for defamation against the editor in the newspaper Lajm, Isen Saliu.

This report is a confirmation and relevance of the views of AJM which we consistently represent them in public. They are widely used as arguments in describing the poor state of the media.

You can read the full report HERE.

Stop attacks against journalists in Macedonia