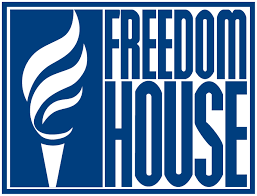 The Association of Journalists of Macedonia assesses that the report on the progress of democracy in the world of “Freedom House” in 2017, in which Macedonia is treated as a developing country with a hybrid regime, is an objective one. The Worst score in Freedom House report is in the part for the independence of the media and it ranks the state in the group of authoritarian regimes, where it controls most of the media.

“Freedom House” notes that Macedonia is a country where journalists are jailed for written texts, as exemplified by journalist Zoran Bozinovski.

“Freedom House”, recognizes the views of the Association of Journalists of Macedonia that the main source of the crisis in the media is impunity for violence against journalists and government corruption in the media. This assessment is based on data from AJM that in the first half of 2016 violence escalated with physical assaults, destruction of property and equipment of journalists and prevention to report on court proceedings.

The report confirmed the view of AJM that the agreement of the parties to form an ad hoc body to monitor media will not significantly improve their reporting. Although AAVMS on the recommendation of the body initiated 68 misdemeanor charges, the court has not issued a single sentence and pro-government media continued to report positive for VMRO-DPMNE and mostly negative or neutral for SDSM.

This relevant international organization claims that the parallel journalist association openly promotes views of VMRO-DPMNE in connection with the media.

The report is the last in the series, which fully unmasks the corrupt media system in Macedonia, for which the Association of the Journalists of Macedonia for six years constantly alerts.

The AAAMS is politicizing the annual report

The Government with money and violence is controlling the media