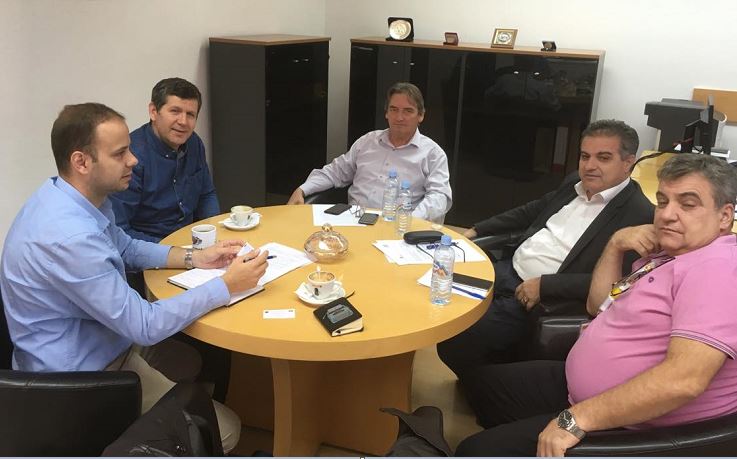 Representatives of the Association of Journalists of Macedonia met with the President of the State Election Commission, Oliver Derkovski. On the meeting they discussed about improving the practice of reporting during elections.

The president of AJM, Naser Selmani said that during the referendum, the media reported freely, with the exception of the incident in Kumanovo, where the president of the electoral board prevented journalists from photographing and recording the polling place.

According to Selmani, the SEC should not have the authority to evaluate the reporting of internet portals during the election campaigns. It was jointly concluded that those provisions of the Electoral Code were unfeasible.

The SEC President, Derkovski, promised that the Commission will take disciplinary measures against the person who obstructed a journalist from reporting from a polling place in Kumanovo.

The two sides expressed readiness to co-operate in order to educate journalists and members of electoral bodies regarding the rights and obligations of the media during the elections.

Journalistic organizations agreed on criteria for the online media