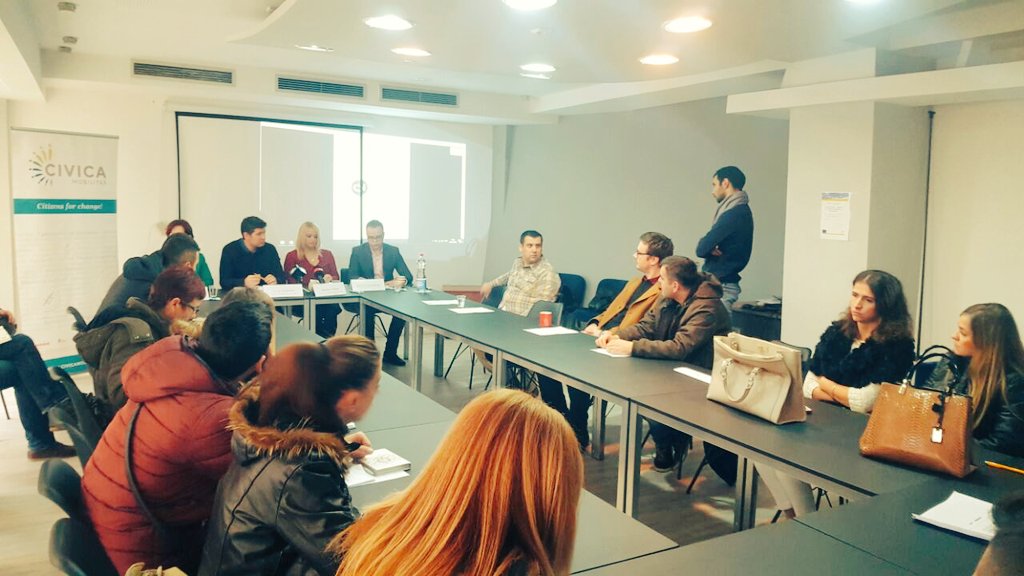 Media Organization Onlimit the first of December in the Journalists Club organized a debate with journalists on the instrumentalisation of the media during the election campaign. The debate as panelists included representatives of journalists and media organizations such as AJM,  CMEM (Council of Media Ethics of Macedonia) and MMI (Macedonian Media Institute).

AJM President Naser Selmani said that the regime treats the media purely as a propaganda machinery for retaining power, not as a pillar of democracy. Selmani believes that every authoritarian government denies the role of media in a democratic society. “The media in Macedonia and during the election campaign did not fulfill their mission. Most of the media rather than to inform, distorted the truth and created a pink reality in which only the authorities believed in. These media instead of criticizing the weakneses of power, become its apologist and praise alleged achievements and instead of encouraging debate in society about important issues of the life of citizens, conducted a smear campaign and calculated with opponents, labeling them as domestic enemies and traitors, “said Selmani.
He recalled that the parties have ignored the proposals of the journalistic community and chose the wrong approach to solve the deep crisis in the media. “The ad hoc body and the “party” editor of MRT can not solve the crisis in the media. The parties instead of eliminating the reasons that have caused the crisis, deal with the consequences. Cosmetic changes to laws are not enough to make free and professional media, “said Selmani.

According to him, to improve the situation of press freedom will require strong political will from the new Macedonian government, which must show a commitment to respect fundamental democratic values, such as freedom of expression. “Vain is the hope that we will have free media if after December 11 we get a non-democratic government,” said Selmani.

Director of CMEM Marina Tuneva, talked about the importance of the media in reporting on the election campaign in compliance with the ethical standards of the profession reminding them of the obligation undertaken by signing the Charter of professional reporting during elections.

Director of MIM, Bijlana Petkovska said sanctions if media do not report according to professional ethics forced the media to give more space to the opposition and to stop the campaign against opponents. “The real matter was how the media will report when the election campaign is over” said Petkovski.

After the presentations by the panelists attending journalists gave their comments on the subject and asked ADDITIONAL issues relating to media freedom.

AJM rewarded the best photographs from the refugee crisis

AJM welcomes the findings of international observers for the media