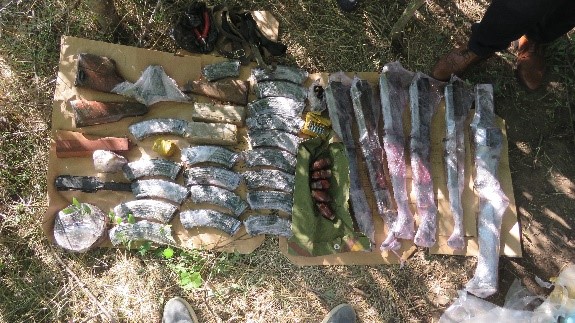 There are terrorist attacks all over the world. The goals and motives of terrorists are different. Target locations are usually places where more people move, but also administrative buildings. In September this year, possible terrorist act was prevented in our country as well. The Ministry of Interior detained three people from Kumanovo, who according to the statement were returnees from the battlefields and had already served prison sentences. Police found explosive devices in them. The Ministry of Interior announced that the target of this terrorist group were several locations throughout the metropolis.

Cooperation between the competent national and international institutions in the exchange of information and undertaking other activities aimed at prevention of violent extremism and radicalization, is essential for successful policy that will give visible results and will protect the property and safety of citizens.

The National Strategy for Combating Violent Extremism and Terrorism is comprehensive document that will strategically guide and facilitate the implementation of policies advocated by state bodies. The involvement of all relevant institutions, the non-governmental sector, religious communities, the education system, as well as the support of international professional associations and organizations will complete the image for the answer that North Macedonia will give as relevant partner in the international community, NATO member and EU membership candidate country.

The National Strategy for Combating Terrorism in the Republic of North Macedonia lists as actors in the fight against terrorism: the Ministry of Interior, the Security and Counterintelligence Directorate and the Public Security Bureau, the Intelligence Agency; Ministry of Defence – Sector – Military Security and Intelligence Service, Ministry of Justice; Ministry of Finance – Financial Intelligence Unit, Customs Administration and Financial Police Directorate; The Public Prosecutor’s Office, emphasizing that other institutions are involved in the work of the National Committee. Strategic priorities are prevention, protection, prosecution and response. (Source: National Strategy of the Republic of Macedonia 2018-2022)

The Interior Ministry and the intelligence services are at the top of the pyramid in tackling terrorism. They say that the cross-sectoral coordination comes from the National Committee for Combating Violent Extremism and the Fight against Terrorism. The police assess the cooperation in dealing with this evil at satisfactory level, for which results are visible.

“In the General Secretariat of the Government of RS Macedonia in this area has been established the National Committee for Dealing with Violent Extremism and Counter-Terrorism, headed by National Coordinator, to identify challenges and coordinate various institutions / sectors to deal with these phenomena. The cooperation with the intelligence services is continuous and at satisfactory level, certain actions taken in the past, in significant part, are result of such cross-sectoral cooperation”- the Ministry of Interior assess.

Trainings for detecting elements of violent extremism among prisoners were conducted in the penitentiary institutions. The Administration for Execution of Sanctions informs that so far no tendencies have been noticed for activities of inciting terrorism.

“During 2019, the Directorate for Execution of Sanctions, in cooperation with the Council of Europe, conducted training of prison staff, in order to recognize signs of radicalization in convicts. The trainings for about 170 members of the prison staff were mainly one-day (initial), except for 30 employees, for whom four-day advanced trainings were realized. After the conducted trainings of the prison staff, there is no tendency for radicalization of the convicts serving prison sentences in the RSM in the prisons” – the Administration for Execution of Sanctions stated.

The Ministry of Education and Science also has representative at the National Committee for Combating Terrorism and Preventing Violent Extremism. The Ministry of Education and Science reports that the Committee has adopted number of strategic documents and many elements of them, which refer to the detection and prevention of various forms of violence and antisocial phenomena, are integrated in the education system and curricula.

“Students, from the earliest age, from the beginning of formal education until the end, within the subject of civic education, but also through multidisciplinary approach, through different subjects, are educated to distinguish good from bad, moral from immoral and, between second, they gain information about the dangers of being tempted to participate and operate in organizations whose goals are linked to violence and terrorism. The National Committee has also held trainings in schools, intended for the professional staff, which refer to the detection and prevention of violent radical elements and phenomena in the education system and schools. We appreciate that the mechanism for prevention of young people from participating in radical terrorism and similar phenomena is good”- the Ministry of Education and Science informed.

The NGOs view is that in the fight against violent extremism and terrorism, mutual cooperation of state bodies, civil society organizations, educational institutions, and the media is necessary. The non-governmental “European Perspective Initiative” is already working on projects related to these phenomena.

“We need to work, first and foremost, on prevention, where violent extremism and terrorism would not be challenge for young person, but on the contrary, together, would create climate in which these phenomena are socially unacceptable.” The joint cooperation continues in the fight against the already radicalized persons, as well as in the processes of resocialization and reintegration in the society of convicts and returnees from foreign battlefields. “European Perspective Initiative –EPI” is currently implementing two projects related to these phenomena. One in cooperation with AJM, MoI and MoD, and the other in cooperation with several civil society organizations, where one of the goals is to build platform of civil society organizations working in the field of education of young people as prevention of violent extremism and terrorism. In 2021, EPI is expected to be involved in the implementation of another project, where the focus will be rehabilitation and resocialization of foreign fighters, i.e. returnees” – said Elena Milenkoska – Mihailovska from the NGO “European Perspective Initiative – EPI.”

The NGO “NEXUS – Civic Concept” is working on projects with high schools for the basics of knowledge of radicalization that can lead to violent extremism among young people.

“Depending on the specific activity we are implementing for example, ”Nexus Civic Concept” has worked so far and still works in the field of education. So far, we have implemented project where we conducted trainings, specifically for high schools in five municipalities in Macedonia. The trainings were conducted on the basics of knowledge of radicalization that can lead to violent extremism among young people. We prepared manual, and all this was in cooperation with the Bureau for Development of Education and the Ministry of Education. At the moment, we also have special activity for the preparation of educational video tools, which are intended for schools”- said Afrodita Musliu, Executive Director of NEXUS Civic Concept.

Cooperation in the fight against terrorism and violent extremism is crucial for regional authorities. Confidence is built through series of trainings and exchange of information, in order to intercept terrorists in attempts to achieve the imagined act of terrorist cells that are prevalent around the world. 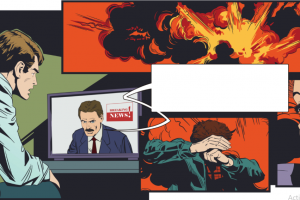 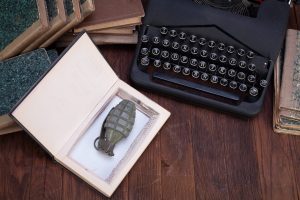 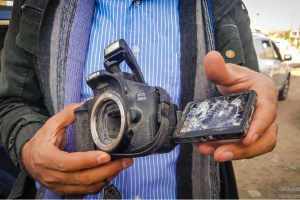