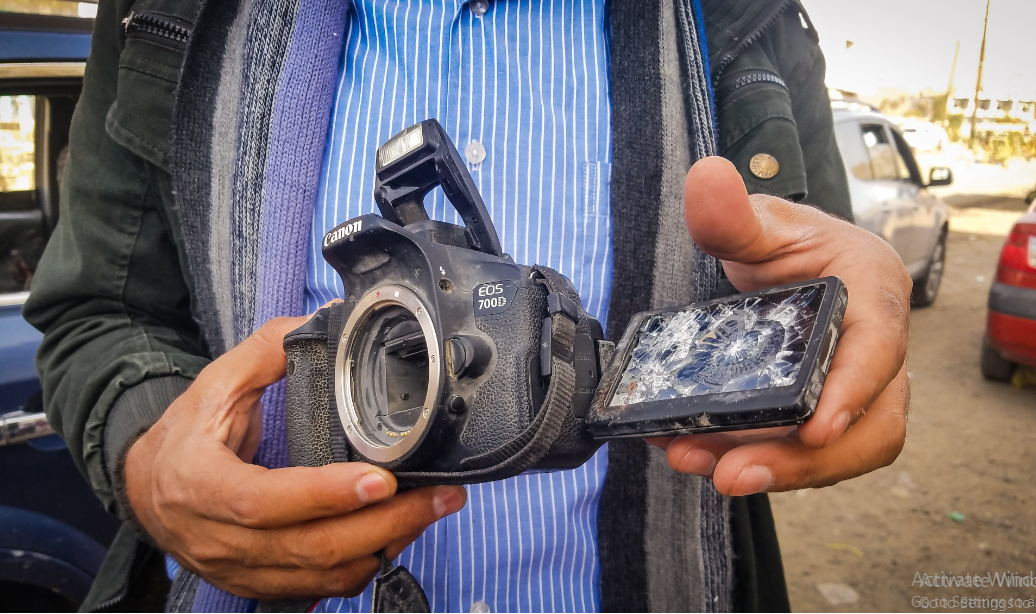 The Covid-19 pandemic posed significant threat to the safety, health and well-being of societies and communities around the world. According to the United Nations Institute for Training and Research, during the Covid-19 pandemic, violent extremists and terrorist groups used public spaces to attract new followers and recruit active members. Due to the restriction of public gatherings, travel and movement, decrease in recruitment activities can be expected, as well as significant increase in online activities, especially on social networks.

In North Macedonia, during the pandemic, three-member terrorist group planning attacks in the country was busted, weapons and explosive belts for suicide bombers were found, and cybercrime was registered. Officials say that, having in mind the previous experiences, there is no connection between covid – 19 and the possibility of terrorism and violent extremism.

Professor Vladimir Pivovarov, National Coordinator for Border Management, says there is no connection between Covid 19 and the possibility of terrorism. The only threat, according to Pivovarov, is the illegal crossing of migrants, which cannot be controlled when they are entering and leaving, without observing the measures of protection against COVID 19 – and, in general, do not wear masks and protective equipment.

“During the pandemic and the crisis situation, we have adopted internal protocol, which provides various measures for better protection of our border services,” said Pivovarov.

In Kumanovo, during the pandemic, a three-member terrorist group operating on the territory of the country was busted. In the action carried out by the Ministry of Interior on September 1, this year, the three members of the group were detained and large amount of weapons, ammunition and equipment were seized. According to the police statement, the detainees were people who had previously committed the crime of “participation in foreign army, police paramilitary or para-police formations” and were convicted and serving prison sentences.

“At the beginning of 2019, A.B. (28) from Kumanovo created terrorist, criminal organization in which V.A. (22), E.Gj. (25) and several other people together formed criminal organization “Cell”” based on the ideological matrix of the famous terrorist organization ISIS, whose intention was to carry out terrorist act on targets in the territory of the Republic of North Macedonia. In order to achieve that intention, the members of the group provided financial resources and procured large amount of weapons, ammunition and military equipment, which they stored near the local road village Biljanovce – village Pchinja, near Menkova Koliba”, informed the Ministry of Interior.

The quantity of the seized weapons, including five automatic rifles, a machine gun, 18 frames for automatic rifle with 30 bullets, a frame with 15 bullets, three grenade launchers with the inscription RD 40 mm, five lighters for grenade manual launcher with fuses, two camouflage hats, four camouflage tactical vests, a flag with Arabic letters (ISIS) and other props written in Arabic letters. During the arrest of the suspects, two belts with explosives were found, metal balls mounted on cardboard base and two lighters for manual hand grenade to activate the belts and other items from which the public can easily guess what their intentions were.

The organizer and leader of the terrorist group is 28-year-old returnee, who last year served 3 years in prison after serving sentence for participation in foreign armies, because until 2016 he fought in the ranks of ISIS in Syria. The other two were serving prison sentences of up to 3 years each for the same crime.

Immediately after this action, in the municipality of Kumanovo, working meeting of the members of the Action Team in the community for prevention and fight against violent extremism was held with the national coordinator for prevention of violent extremism and fight against terrorism Borche Petrevski, where it was agreed to have greater coordination between the bodies at local and central level.

According to the latest research of the civil organization “Horizon”, which works to reintegrate returnees and their families, by connecting with the institutions of the system, 150 people have left Macedonia on the battlefields so far, and about 80 people have returned. Thirty-eight people were killed and about 30, along with their families, remained there. About 80 people returned to the country. The country accepts returnees from the battlefields, and here they are criminally liable for it. Participating in, recruiting or financing paramilitary forces is criminal offense punishable by imprisonment. Twelve returnees are currently serving sentences in Macedonian prisons.

Regarding cybercrime in the period of the pandemic, there is an increase in “damage and unauthorized entry into a computer system”, punishable under Article 251 of the Criminal Code, with 48 acts in the period March-November 2020, as opposed to the same period last year when 40 acts were recorded, as well as in “endangering security”, overlooked and punishable Article 144 paragraph 4, for which in the nine mentioned months this year this year were recorded 19 acts committed by 16 perpetrators, while in the period March – November 2019 there were 13 registered crimes by 10 perpetrators.

The Republic of North Macedonia, through the Ministry of Interior, has joined the annual campaign to raise awareness of online fraud, under the auspices of the e-commerce campaign for 2020 (eComm 2020) led by Europol and the Austrian Criminal Intelligence Service (Bundeskriminalamt), titled #SellSafe and #BuySafePaySafe. The campaign, involving 16 countries, aims to raise awareness of online fraud and is a joint public-private partnership of law enforcement agencies, businesses and the financial sector to deal with organized crime groups that commit fraudulent sales on the Internet.

In the period 2016-2019, 300 professional fraudsters were arrested, who committed more than 30.000 confirmed fraudulent transactions, and caused damage exceeding 50 million euros. The pandemic has prompted even more shoppers to use the internet to shop. But it has also led to the possibility of more frequent scams, as criminals have even more opportunities to steal from both consumers and traders. As illustration, in the run-up to this campaign, several countries conducted operational operations that resulted in the arrest of 22 e-fraudsters in October alone.

In recent years, social network users seem to be the most vulnerable. Bojan Kordalov, public relations and new media specialist says that we need to protect ourselves.

“The first and key thing is personal awareness and responsibility. No one can protect us better than we can. That is why it is important to be informed about the conditions under which we “conclude an agreement” with social networks and other digital platforms: what is what we receive as a service, but also what data and under what conditions we give it for use. The second thing is the institutions that have to adapt to the new times and the challenges that digitalization brings. After all, if a lot of our lives and work have moved online, it means that crime is also present online. That is why it is very important for them to protect themselves and their networks, and thus the data they receive electronically from the citizens and it is necessary to keep them in accordance with all recommendations and measures. The third thing is the international cooperation in this field, as well as the reform in education, which should be adapted to the future time that will be even more digital from now on, and that means children from the youngest feet to acquire digital skills that will prevent them from becoming easy targets of cybercrime in any form”, emphasized Bojan Kordalov – specialist in public relations and new media.

Kordalov adds that there are many other aspects, such as raising public awareness through the mass media, adapting the business sector to secure online work and the like. In particular, if everyone assumes their role and responsibility, the challenges associated with cybersecurity will be much smaller and easier to deal with.

Experts say that the first thing we need to invest in is the cyber protection of the data contained in our mobile phones, through legal software that costs as much as a cup of coffee in a local cafe per month.

“Cyber ​​security is shortcoming in both small and medium-sized enterprises. They are often unable to define their cyber security needs, and in many cases also lack the resources and knowledge necessary to overcome the recorded problems in this area. To sublime: education, education, education. Instead of fear, getting to know and accepting technology, and then its proper application. In fact, if we do not read the instructions on new TV set when we buy it, we can easily destroy it or, at the very least, not use even half of the advanced options it offers us”, adds Kordalov.

The corona crisis, in addition to all the negatives, brought something very important. And that is the need to accept technology and digitalization as positive process. That means: If we make technology and social networks serve us, not us enslave them, then we are on the right track and we are digitally literate. Otherwise, we are digitally dependent.