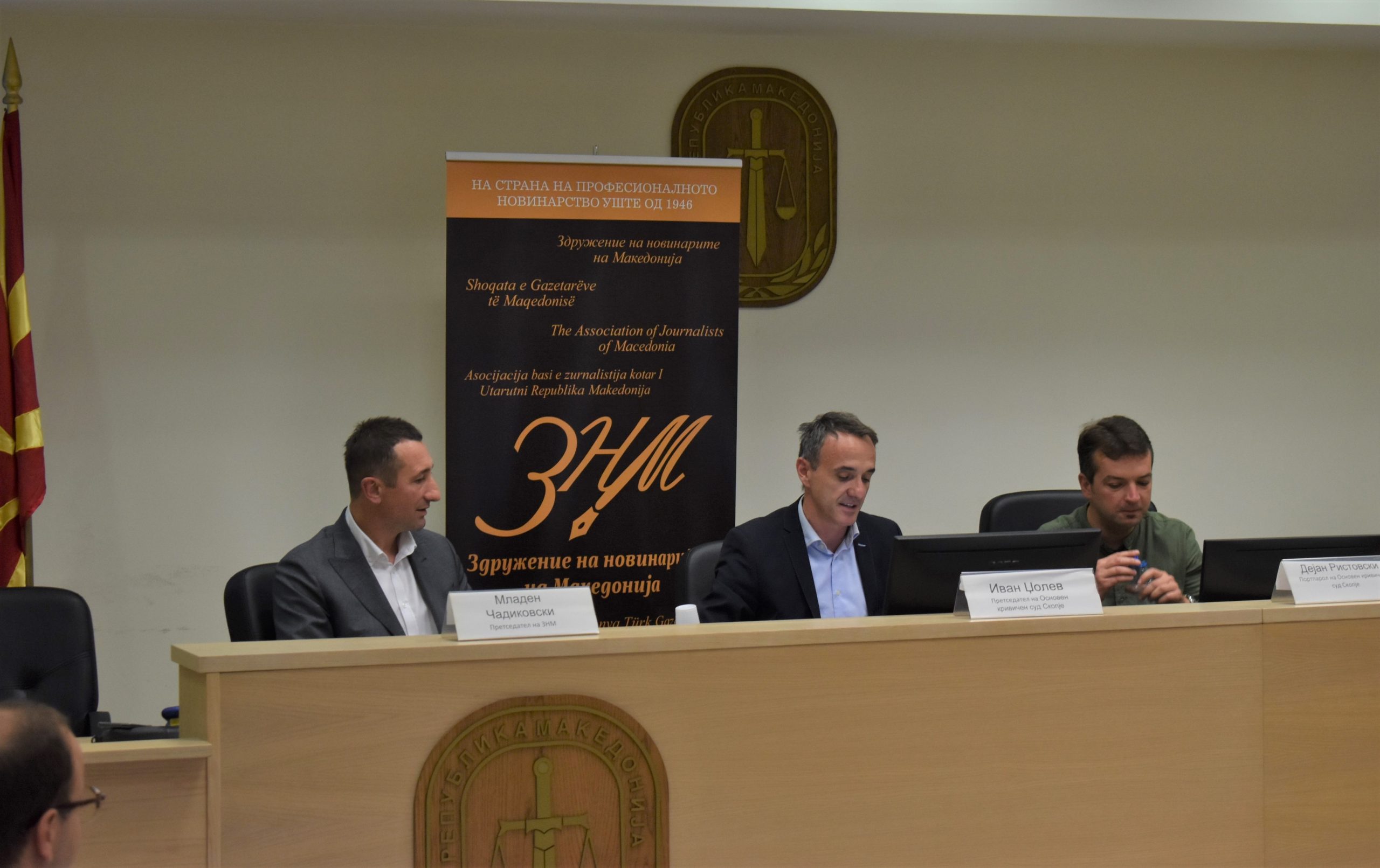 The study “Journalists’ experience and views on judicial transparency in North Macedonia” was presented today. Author of the study is Davor Pashoski, and it is published by AJM.

The analysis states that the results point to the conclusion that the majority of journalists believe that the judiciary does not contribute enough to the protection of the freedom of the media and the safety of journalists, that is, journalists do not feel safe enough and do not believe in effective investigation or punishment of attacks on them. The lack of communication between judges and journalists, as well as the lack of clearly defined procedures and rules for transparency and public relations, are the main challenges that hinder the process of building partnerships and cooperation of journalists with judicial institutions.

One of the basic recommendations is the need to establish easier and more understandable communication between the courts and the public and relations with the media. All analyses, studies, and strategies that have been developed so far or that will be developed in the future, and whose focus is transparency, accountability, and the public of the judiciary, are futile, if the given recommendations and conclusions are not subject to a serious analysis by the competent institutions and subject to open dialogue between all stakeholders. Procedures and rules in the area of ​​transparency and communication of the justice system with the public should be incorporated in the acts that legally regulate the judiciary.

The work event was held at the Criminal Court in Skopje, where journalists and representatives of judicial institutions were invited.

At the very beginning, the author presented the study and the key points from it, emphasizing that the focus of the analysis is the communication between journalists and the justice system.

Mladen Chadikovski in his speech emphasized the need to promote cooperation between journalists and the judicial system and stated:

“I would like to emphasize that AJM is constantly working to increase the potential and standards of journalism. But we constantly encounter obstacles on the way that make our work process more difficult, especially when we face the risk of defamation. This year there are 52 cases of defamation against journalists, compared to last year when the number was 20. We are not saying that all responsibility lies with them, but we think that when it comes to some of the cases against journalists that exist exclusively to put pressure on them, these lawsuits should be rejected. The colleagues who monitor the work of the judges say that there is a great improvement in the work of the judicial authorities when it comes to communication with journalists. We see more often briefings, social media posts, information sent to the media, but I still believe there is still space for cooperation, this is just the beginning.”

Ivan Jolev, acting president of the Criminal Court in Skopje and president of the Judicial Media Council said in his address: “I am really pleased that we are all here, in one place to discuss the changes we want to bring together. Sometimes as judges we think that the information is not a public reflection of what happens in the courtroom, and what the decisions are, but there is sensationalism presented. This is all because of the fact that sometimes, the information is taken out of context. Of course, this does not apply to all transmitted information. I would like to emphasize the desire of us judges to improve the relationship with journalists, to have good communication. Our goal is for the public to be accurately informed. Of course, for this, we need the help of journalists and their perception of us. I would like to emphasize that we all stand for transparency, but there are parts of the court proceedings, or rather certain details, which cannot be published. I believe that today the journalists will have something to say and propose, and the judges are in the mood to hear proposals to facilitate the work of both sides.”

With this speech, the official part ended, and the working meeting continued with a joint discussion by the present judges, prosecutors and journalists, where examples and suggestions were shared on how to overcome the obstacles with one goal – a smooth flow of information for the public.

This event is part of the regional project “Strengthening media freedom in Bosnia and Herzegovina, North Macedonia and Serbia” funded by the Kingdom of the Netherlands and implemented by the Dutch Helsinki Committee and Free Press Unlimited in partnership with the Association of Journalists of Macedonia. The views, opinions, findings, and conclusions or recommendations expressed in this research are entirely those of the author(s). They do not necessarily represent the views of the Kingdom of the Netherlands, nor the organizations implementing the project, or their local partner.

SafeJournalists: Competent authorities to sanction those responsible for threats to journalist in Serbia