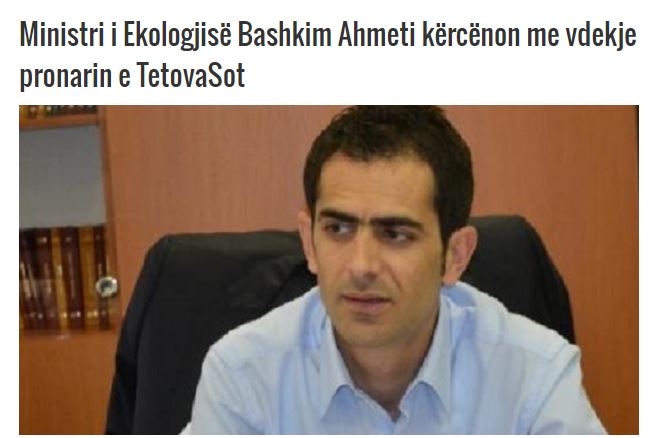 Association of Journalists of Macedonia strongly condemns the verbal threats of Ecology Minister Bashkim Ahmeti yesterday by mobile phone against the journalist and the owner of the web portal
Tetovo Sot, Rami Mislimi.

Threats and humiliation of journalists by senior power officials have no place in civilized and democratic countries!

Any threat to a journalist is an attack on freedom of expression, media freedom and the public’s right to be informed.

Only childish personalities who by accident became ministers can afford in this inappropriate way to address a journalist. Bashing a journalist than hiding behind immunity is an act of cowardice and primitivism.

Journalists demand Bozinovski to be released from custody

SSNM and AJM: The termination of the sports newsroom is one another pressure on the journalists in TV Alfa